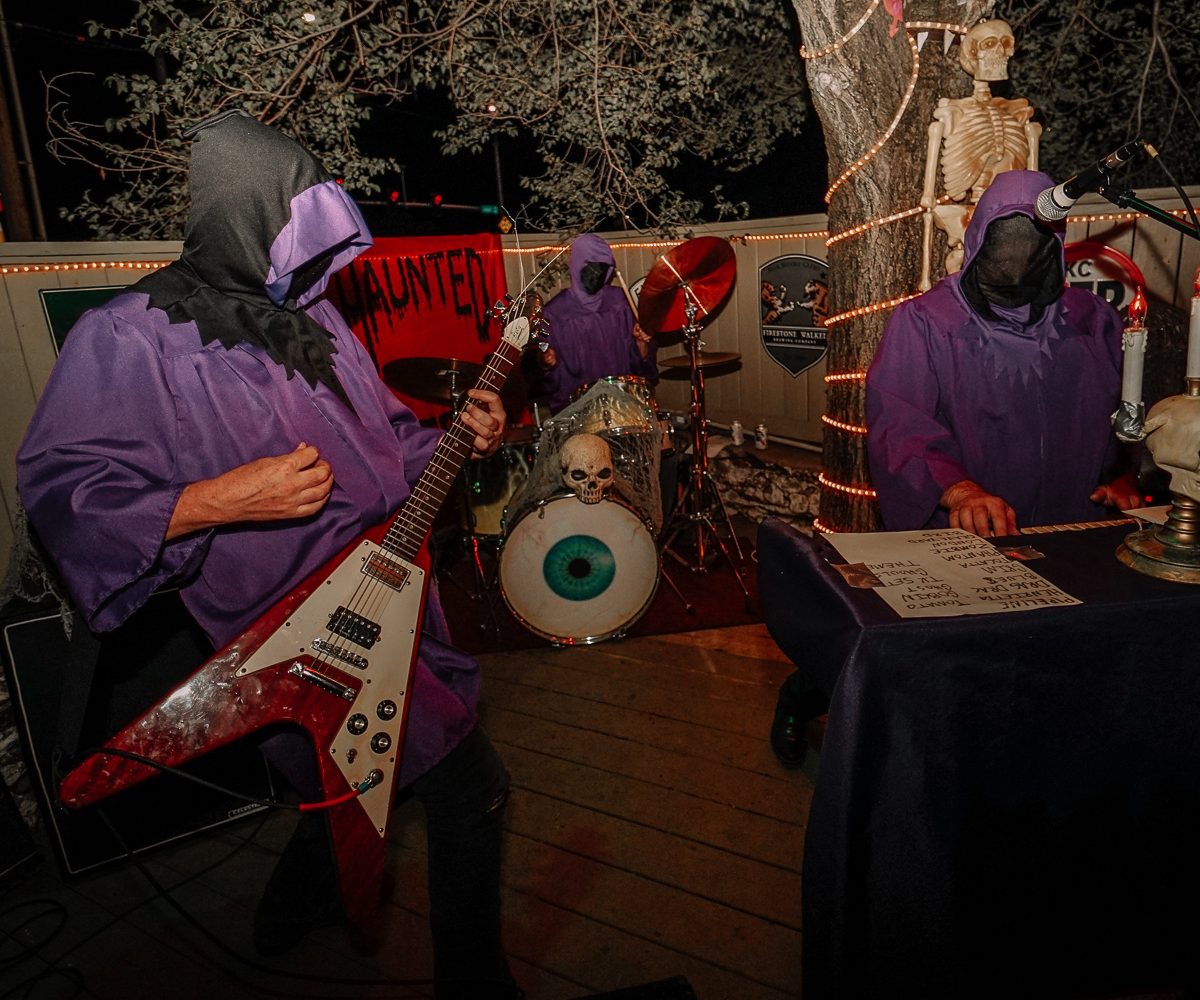 So, there’s a band in Lawrence that only plays on Friday the 13th. Now, if you’re the type who walks into Target in the middle of August, sees all the Halloween decor already filling the aisles, and squeals with glee, this is your type of band.

Haunted Creepies had half the Halloween section of Michael’s all over that corner stage on the Gaslight’s cozy patio Friday night. Skeletons, spiderwebs, a skull candelabrum, you name it. The band was made up of four purple-clad vampires who “transported” in from Transylvania. They brought all the hit makings of Halloween songs, including menacing and growly vocals, as well as an eerie organ fit for a haunted house. After every song, the vocalist triumphantly raised his robe-covered arms above his head and yelled “Thank you, mortals!” The show had us in such a spooky mood, we damn near expected Vincent Price to rise from the grave and show up with a drink in one hand and throwing rock horns with the other.

They have a secret cult following of old punk rockers, but the cool ones, not the ones who are all “iN mY dAy We WeNt To ThE OuThOuSe.” I mean, you just know it’s a solid lineup when the cool kids come out. In fact, the Gaslight has emerged out of this pandemic as one of the best places to see legit rock and roll bands. If you need rock in your life, but don’t want to deal with the students, this is where you should be.

The entire lineup, dubbed a rock and roll rampage, was stellar. White Line Nightmares is a band you should never sleep on, as they conjured up rowdy cheers from the audience thanks to their gnarly guitar riffs and tight-as-fuck ensemble. White Line Nightmares are fairly new, so we’re hoping to see more of them from here on out (we’ve embedded one of their recently recorded tracks below). Vedettes, one of the crown jewels of the Lawrence rock scene, opened the night and received a rousing welcome for what was most likely their first show in nearly two years.

Photos (and a video!) from the night below:

Photo Gallery: CHEW at the Replay