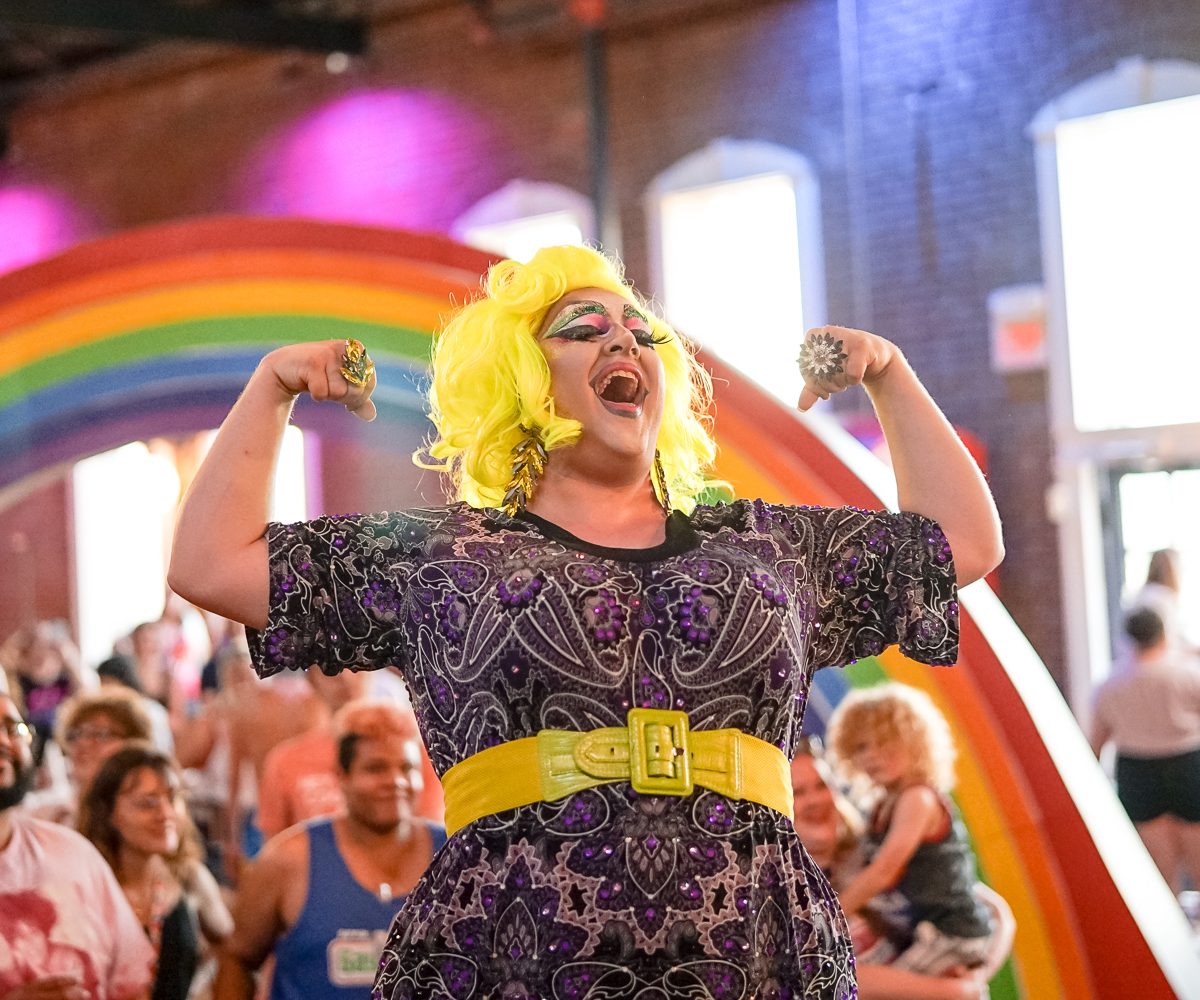 Someone made the comment to us that being at the 2021 PRIDE party felt a little like being on a cruise ship because of the location. When you looked out the windows of Abe and Jake’s on Saturday, all you saw was the mighty Kansas River raging by. Inside, however, a powerful force was equally raging onstage as performers and artists gave it their all.

The event followed the parade, which brought in more than a thousand people throughout the course of the night to take in drag performers and music acts. Within moments, the venue hit capacity and it was one-in-one-out for a while. MsAmanda Love, the maestro behind the weekly drag shows in Lawrence, hosted the event along with Novacayne DeMornay, Raven Jade Von’du, Miles Long, and Rose Champagne. Garage rockers The Creepy Jingles thrilled audiences in between the drag sets, and Cuee rounded out the night with a full crew bursting with energy. Patrons were also treated to vendors within the building, and got the chance to pose under a giant rainbow for selfies and group photos.

MsAmanda Love’s quick wit provided nothing but roaring cheers and laughter throughout the evening (her sexual innuendo-filled Celine Dion piece was a hit), while the performers took many opportunities to jump off the stage and dance within the crowd. Novcayne’s “Greatest Showman” number, Raven’s dancing, Rose’s dips (also known as death drops) and Milez’s “Montero” performance were all particularly big hits with the mostly younger audience. You can see photos from the night below.