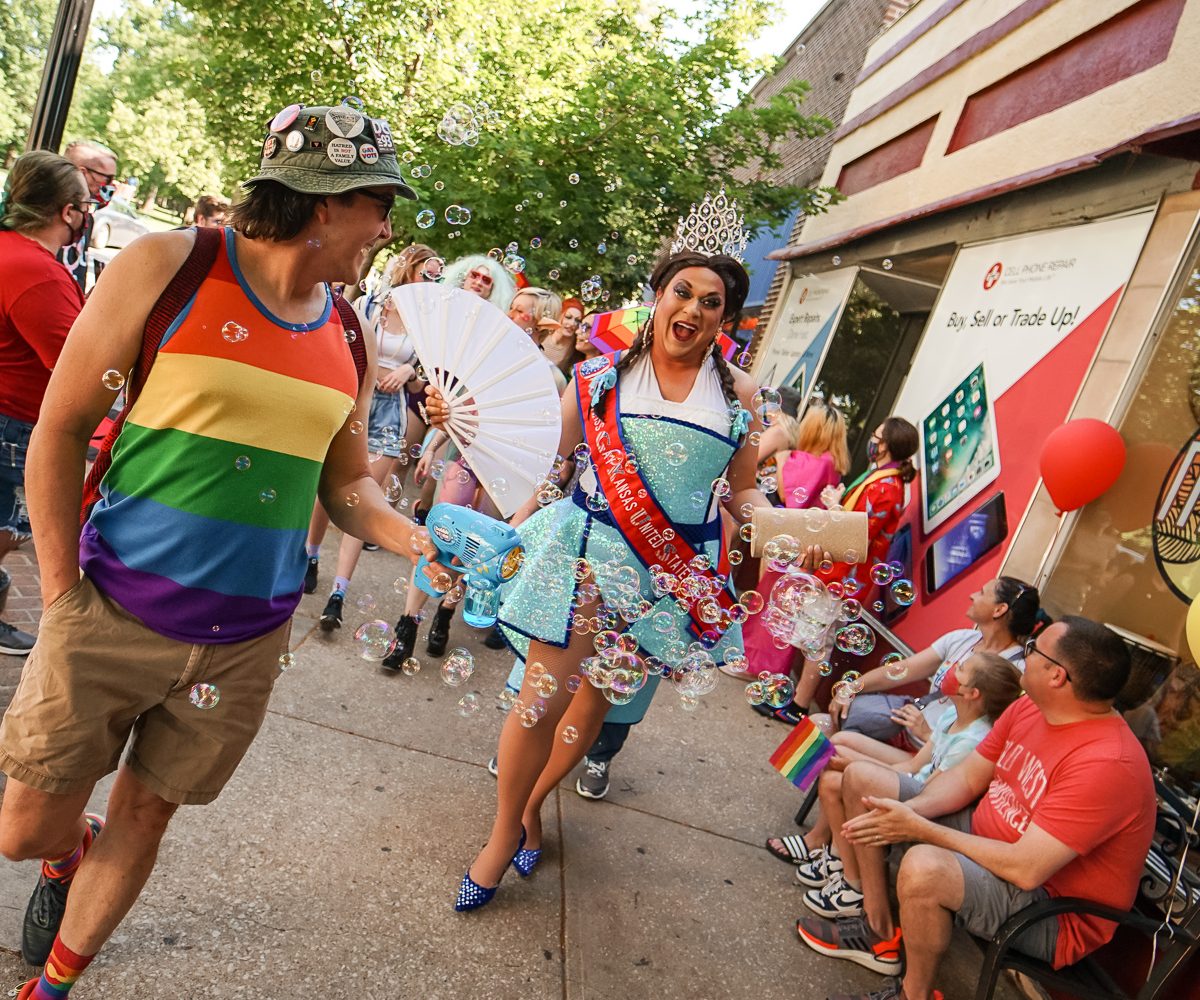 Lawrence, without a doubt, knows how to PARTY. That was abundantly clear when we arrived at South Park for the 2021 PRIDE parade on Saturday afternoon. From one end to the other, it was a happy sea of rainbows and smiles as the community came together to celebrate and embrace love and gender identity. It was so full, there were even people climbing the trees. Not to pull a total Stefon, but this parade had everything— a child with the confidence of a pack of wolves handing out jewelry, lesbians flexing in “Make America Gay Again” shirts, a gang of moms just, like, HUGGING everybody…  and what’s that? Oh, just a pack of wiener dogs sporting the season’s hottest fashion trend: rainbow bandanas (guys there were SO MANY WIENER DOGS).

These are the eccentric bits and pieces that make up the Lawrence community, and we were showing our colors in their full, saturated glory on Saturday. It was rowdy before the parade even started. In fact, the moments where everyone gathered before the march were so outrageous, it became its own PRIDE party of sorts. It was hard not to feel a sense of pride in the Lawrence community when you look around and saw nothing but trans children gaining confidence and well-being.

Leading this grand display of all things Lawrence was Miss Gay Kansas United States (and Lawrence sweetheart), Deja Brooks. Along with other notable drag performers, such as MsAmanda Love and Novacayne DeMornay, a lively marching band playing pop songs from the last five decades helped drive this massive crowd pied piper style all the way to Abe and Jake’s, where a party (and ENORMOUS rainbow) was waiting for them (more on that later).

Photos below by Fally Afani and Jeff Burkhead.