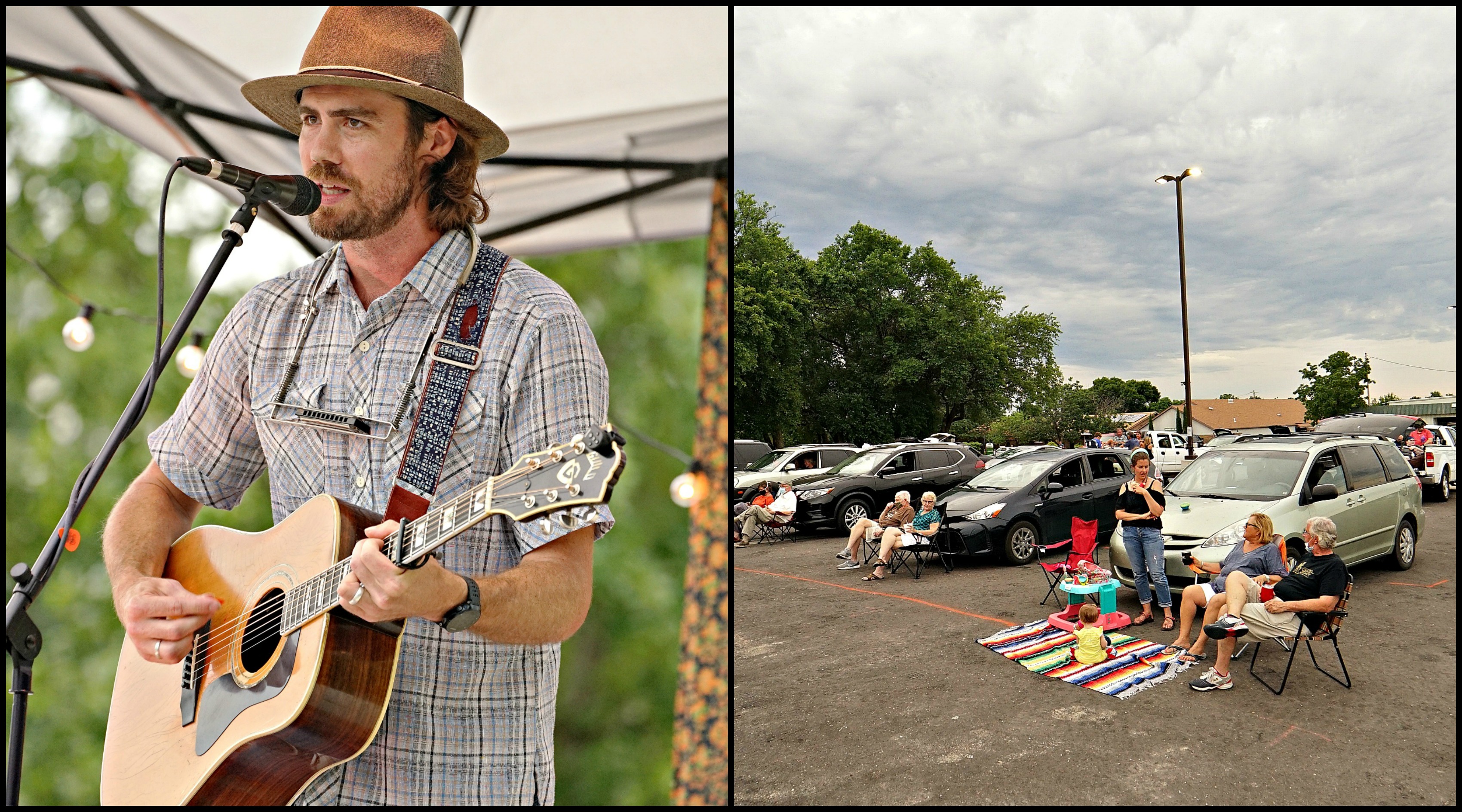 Quarantining during a pandemic is testing folks in any line of business, but it’s been especially hard for entertainers. How do you please a crowd… without drawing an actual crowd? Well, it looks like the Lawrence Arts Center came up with a pretty good solution.

Taking a page out of S&S Coffee’s notebook, they set up shop in a parking lot at the Douglas County Fairgrounds and invited the masses for a socially distanced concert… and it was pretty perfect. Spacing was limited, so tickets ran out quickly. The audience was asked to remain in their cars, which were spaced more than six feet apart. Fans could also hang “around” their cars, in a way. They brought out lawn chairs, they tailgated, children hung out of sunroofs (and if you’re a kid, hanging out of the sunroof is pretty exciting), and one fan impressed us by hauling out what looked like the world’s comfiest bean bag chair for lounging in the bed of their pickup truck. The music was then broadcast on their radios.

With his one year-old daughter in the front row, Sky Smeed put on the most darling Father’s Day show you could ask for. He played a lot of fan favorites, including a song about bumper stickers (which garnered a few honks from the audience), a Truckstop Honeymoon song, a tune about not going to work, and even a song about waking up to a neighbor’s confederate flag… and yes, he played that song about that time he caught, like, a really big fish. But a lot of his songs were romantic, which was perfect for an audience soaking in the humid Kansas evening after months of abstaining from live music. Dare we say, it was even an emotional moment? You could really feel it in Sky’s voice when he said “So glad I got to put on my boots for something.”

This, along with S&S Coffee’s parking lot shows, are exactly how a town like Lawrence can get away with live music in a safe and secure way during a pandemic. A little birdie told us the Arts Center has more events planned in this manner. As long as audiences are separated into their own safe little spaces (their cars), we don’t see any reason why this method of live music can’t be the norm in Lawrence.