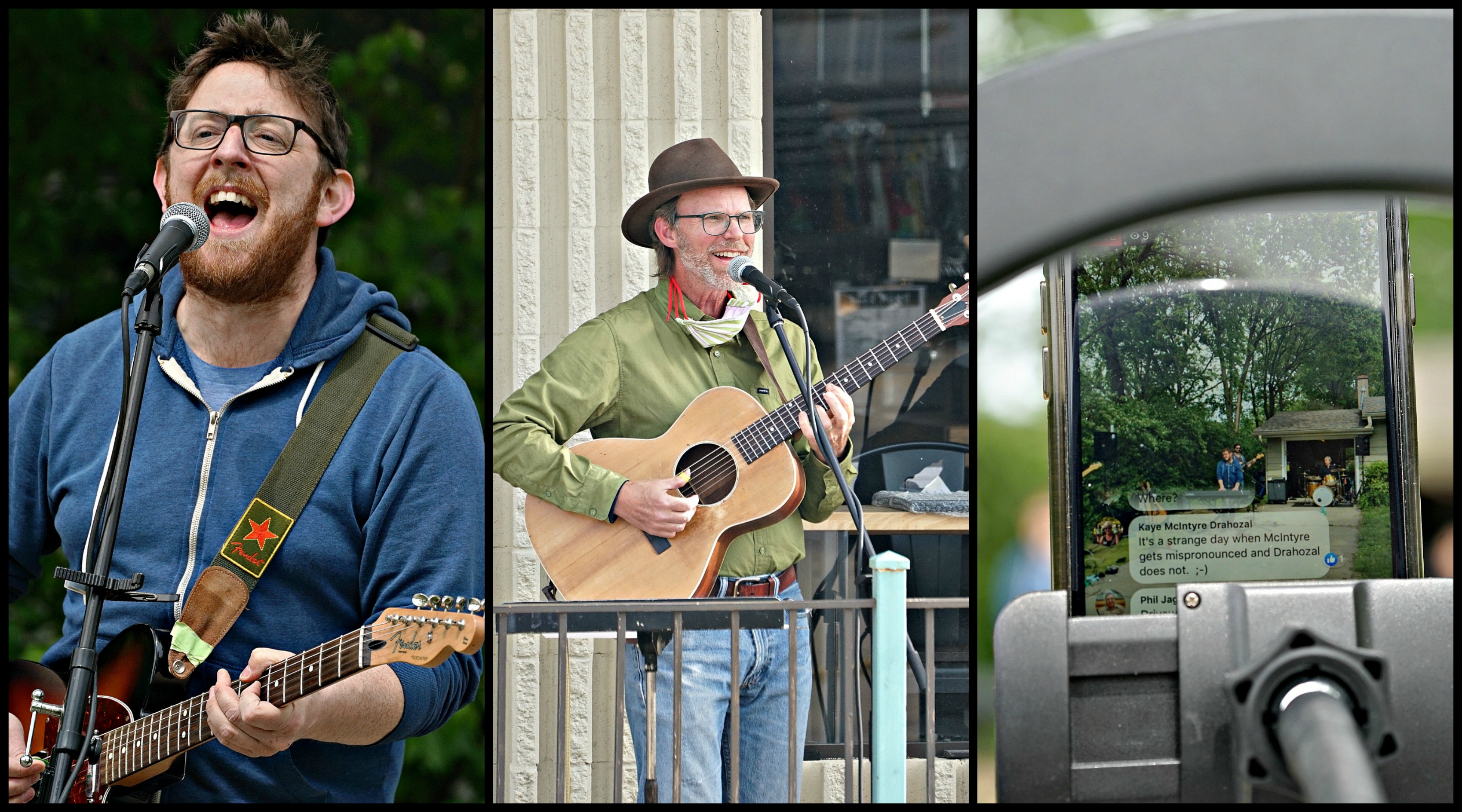 On Saturday, the live music capitol of Kansas got a glimpse of what live music will look like in the immediate future. Three very different shows in Lawrence painted a picture of what we can expect to see until COVID-19 quarantine restrictions are completely lifted and everyone can attend shows safely.

We’ll start with one of the more exciting events. S&S Coffee, located at 23rd and Iowa, traded cozy coffeeshop shows for a somewhat noisier affair. Fans were allowed to attend only from the comfort of their vehicles. An employee (we’ll call him The Enforcer) donning a sign that read “Stay In Your Freaking Car” and a big stick made sure all vehicles were six feet apart (the length of the stick). They could then order drinks via the phone number or website plastered on the windows, followed by a carhop of sorts bringing them their orders.

Fans then shut their cars off, and listened to the soothing sounds of No Bow Tie, amped up from the patio of the cafe. “I’m overwhelmed at how much this means to me,” guitarist John Svoboda confided to the crowd. After every song, the audience was encouraged to honk their horns instead of clapping. This allowed for an exciting ruckus! Cars honked, all in different lengths (some laid on the horn, some were more of the staccato variety). Many even flashed their headlights. “A couple of you are in the Key of B!” Svoboda exclaimed. When he announced they were going to play some Mozart, one fan stuck his arm out the window and flashed a big, approving thumbs up. You can hear all the honking at the end of the clip below.

Earlier in the day, we witnessed the first full band show (social distancing style). Up until now, most live streams and driveway shows were done by people who already lived together (usually couples). But this was the first time a band with members who didn’t previously live together gathered to play. Carswell & Hope stood, you guessed it, six feet apart and played to an audience of whoever was in the neighborhood. Some watched from the sidewalk, others from their cars, a few from their bikes. It was an ever-revolving cast of characters as Carswell & Hope charmed the masses, blurting out “Thank you Hillcrest!” to their neighbors.

Here they are playing their latest song, “On My Way.”

There is one venue that opened up their stage on Saturday, though the only audiences allowed were ones in front of their computers. Cory Phillips was the sole performer, playing to anyone tuning into the venue’s live stream (judging by the comments, Phillips’ fans were pretty ecstatic about the live stream). This is a sign of things to come, as venues will likely live stream shows from their stages (with links to donate/pay artists and the venues) before opening up for traditional shows. You can watch the archived live stream here.