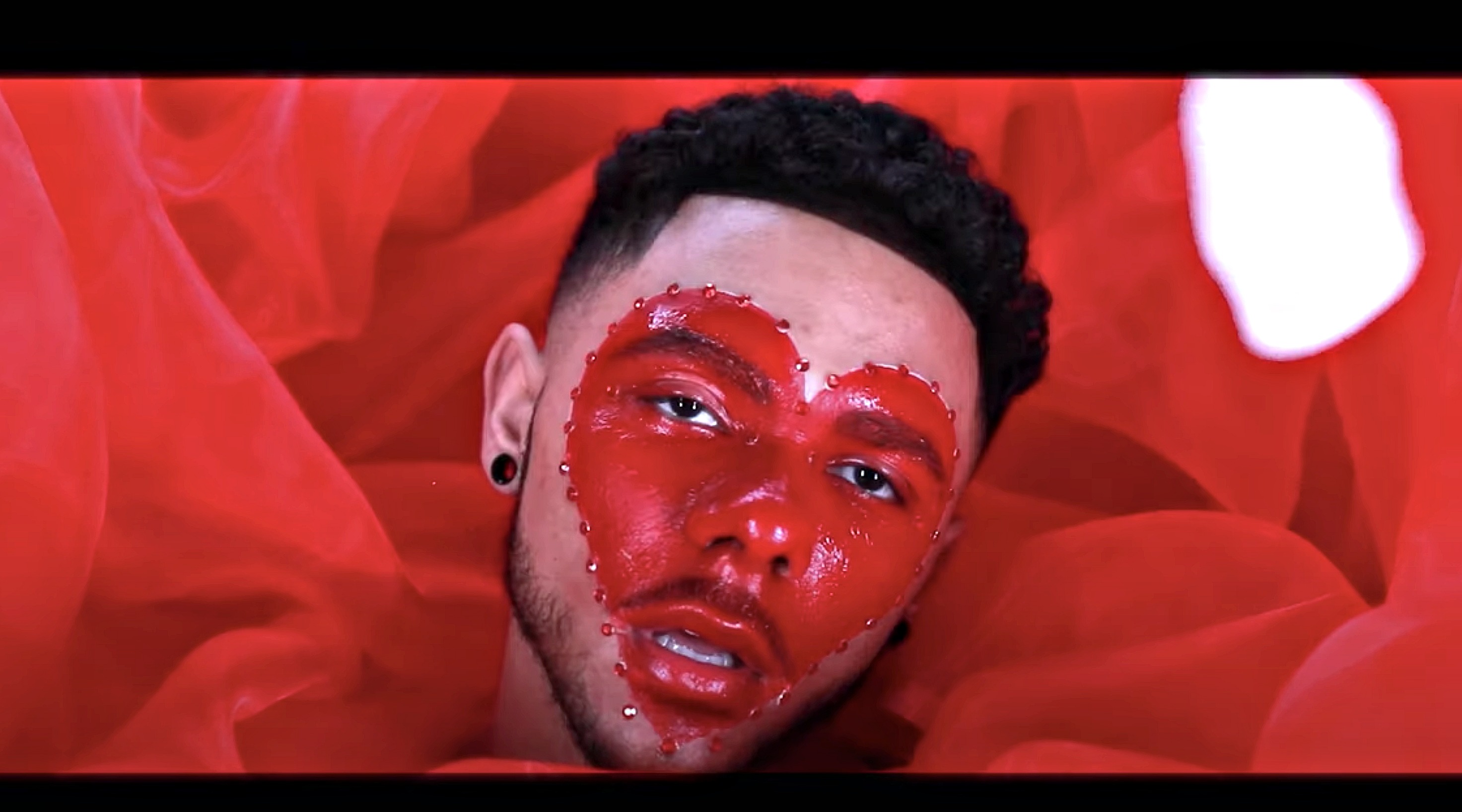 It’s been a whirlwind of a year for SHAH. Since we last checked in with the local musician, he was riding the waves of his popular single “Wanna Be,” graced the pages of our PRIDE magazine issue, delivered a big performance at PRIDE for the Masses at the Granada, and landed on Billboard’s “Queer Necessities” playlist.

Though the 20 year-old artist packed up and moved to Kansas City, he still seeks creativity in Lawrence. His new music video, “Change Your Mind,” is a stunning celebration of vibrant color palettes that takes place in a familiar Downtown Lawrence space. The video, set in the Dusty Bookshelf, is just as dreamy as the popular track. You can watch the video at the bottom of this page.

There doesn’t seem to be any slowing down for SHAH. We caught up with the bewitching performer to talk about his plans for PRIDE, and how he’s still creating in the quarantine.

IHLM: How have you been spending your quarantine?

SHAH: I’ve been using the extra free time to plan the rollout of my new single “Change Your Mind” and write a lot. It’s been nice to be able to put all of my energy solely towards my goals and aspirations. Never in my life have I been able to sit inside uninterrupted for such a long period of time. I’m a major introvert so it’s kind of a dream come true.

IHLM: You recently landed on Billboard’s PRIDE playlist. How has that affected your presence in the music scene?

SHAH: As you said, it’s very recent so I haven’t noticed any significant effects on my presence in the music scene yet but I do think it made people take me more seriously. Unfortunately, a lot of people have a mob mentality when it comes to supporting artists they know. My Billboard playlist feature seemed to be the cosign a lot of people needed to vocalize their support for me.

IHLM: Why did you want to shoot the video for “Change Your Mind” at the Dusty Bookshelf?

SHAH: My first middle school wasn’t too far from the Dusty Bookshelf. I’d walk around Downtown Lawrence after school on early release days and always ended up there. The store has a magical feel to it. It seemed like a store you’d see in a movie. I always knew I wanted to use it for something and the “Change Your Mind” visual felt right.

IHLM: Understandably, a lot of folks will be spending PRIDE month in quarantine. What are your plans for PRIDE?

SHAH: I’m still fairly new to celebrating PRIDE so I honestly hadn’t given it much thought. I’ve always wanted to attend a huge PRIDE parade, though. Hopefully, I’ll get to next year!

IHLM: Can we expect more music from you?

SHAH: Yeah! I’ve been laying low, working on a small project for at least six months now. The single for it is really dope — a little experimental. I haven’t chosen the release date for it yet though.

IHLM: What would you like to see more of in the Lawrence music scene?

SHAH: Probably more youth involvement. Maybe like open mics? The places I know of support artists that are 18 or 21+. I used to have to finesse my way into recording at the public library and opening for shows at bars because I was still a minor.

IHLM: What do you feel is something musicians should do during the quarantine?

SHAH: Focus on their craft! A lot of the musicians I know don’t live off of their music yet and are always busy with jobs they hardly care about. I’ve had to be hard on myself about using the time wisely.

IHLM: Who will you be listening to during PRIDE month?

SHAH: I’ll definitely be bumping my two favorite artists, Frank Ocean and Kehlani, even more than usual. They’re both very successful black queer artists that have made me feel like it’s possible to attain my dreams while also living unapologetically in my truth.

Music's on the back burner: A firsthand account of last night's protests