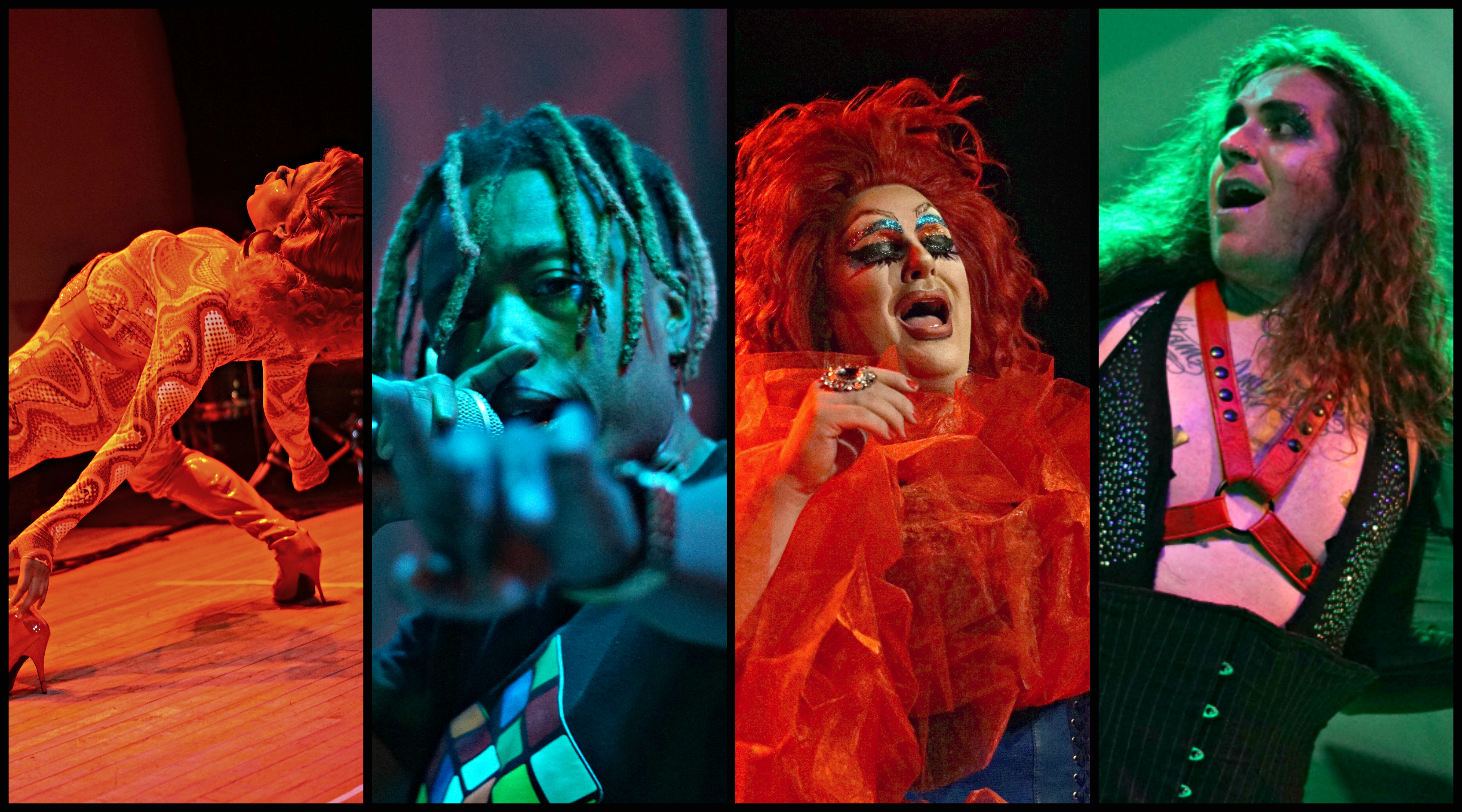 Last year, Lawrence dipped its toes in the water for PRIDE month. This year, it cannonballed.

It’s easy to see that LFK has been wanting to celebrate its queer residents for a while. This year, PRIDE for the Masses grew so large, it had to be moved to the Granada. The event showcased queer talent in the area, featuring rappers, jazz horn players, a glam rock band, and a host of drag queens who remain consistently active. A parade leading up to the show started the frenzy early and kept it high through the night.

Ms. Amanda Love, a notorious drag queen who hosts a weekly drag show at the Jazzhaus, took a tally of the audience throughout the night and was surprised to see that younger attendees made up the majority of the audience. In between Ms. Amanda’s snarky jokes and glam rockers Wick and the Tricks, drag queens treated everyone to high kicks, death drops, and cartwheels. But it was local rapper Cuee, who has spent the last two years skyrocketing to local fame, who delivered the biggest surprise of the night. The rapper traded a DJ for a live band when they closed out the show with Glass Bandit (a many-membered jazz band) backing them up. The place just exploded. Everyone was dancing, and it felt like the stage was on fire. They were also joined by a couple of guests, including rising star SHAH.

You can see photos from the night below, as well as a video of Cuee storming the stage with Glass Bandit.