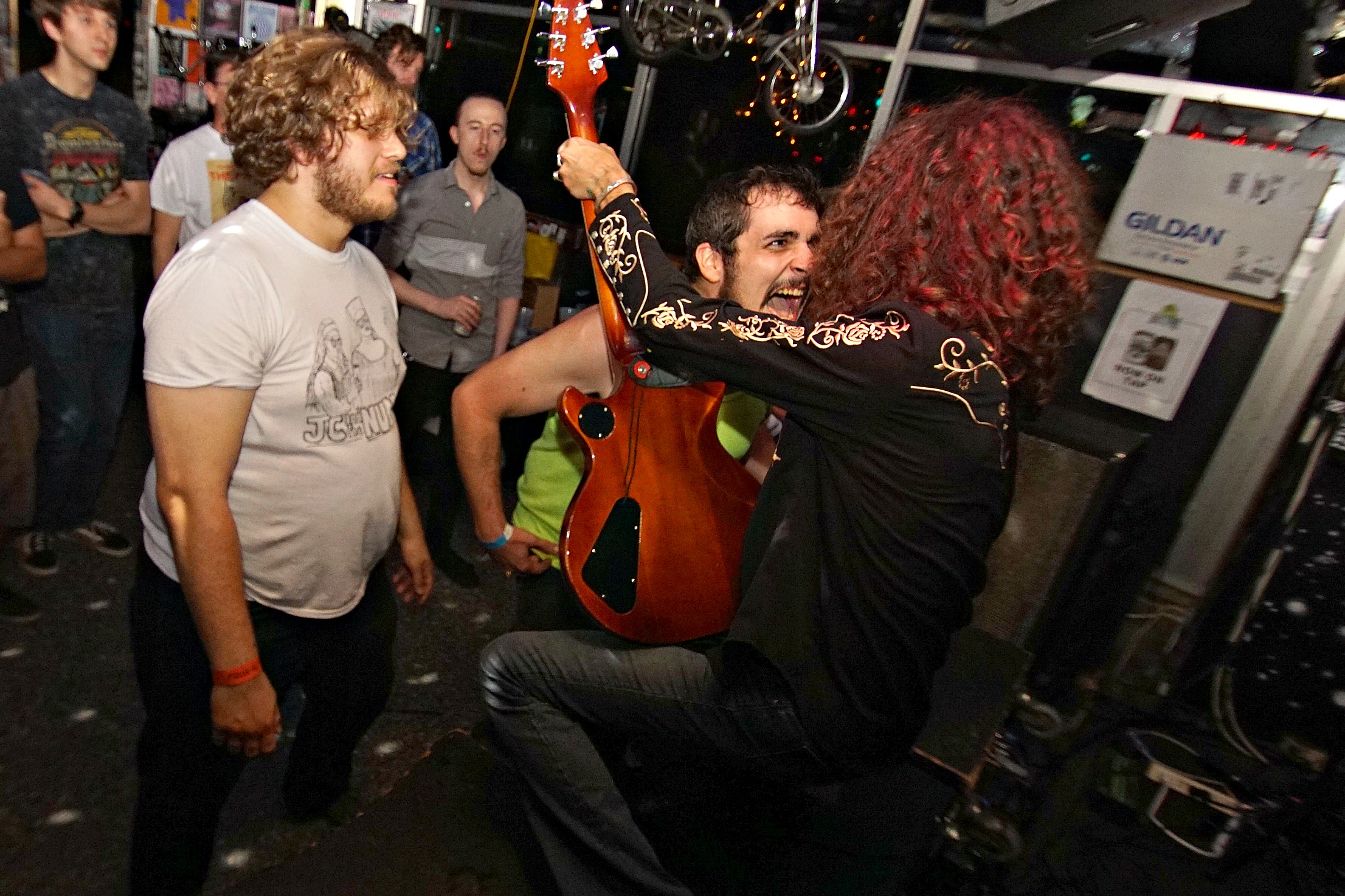 Pink Fuzz is to Lawrence what Keanu Reeves is to the Summer of 2019– a source of thrills and perfection that absolutely cannot disappoint fans. Every time Pink Fuzz comes to town (even as far back as the days when they went by Bandits), Lawrence turns up hard. The Colorado band has consistently delivered one thrilling show after another– and no matter the season, LFK parties hard with them. When they stopped by the Replay on Friday, it was no different. The band can get away with playing back-to-back shows in Kansas City and Lawrence, and their Lawrence fans will turn out for both.

They played with a couple of newcomers (but with familiar faces) to the scene. LYXE is the side project of Ryan Wise from the Sluts, and allows the hard rocker to explore a more new-wave style (a sound that comes natural to him). V I S I T O R was a real treat because it featured some pretty heavy hitters from other hardcore acts (Young Bull, Mouthbreathers, Wendy Moira). Think of every awesome heavy sound you’ve heard from every local rock band in Lawrence from the last eight years or so. Combine it, then present it in a tightly-knit package. That’s V I S I T O R. They didn’t miss a single step thanks to their combined expertise, making them a not-to-miss act in 2019.

Galaxy BEST: They Watch Us From The Moon is Lawrence's space-themed band