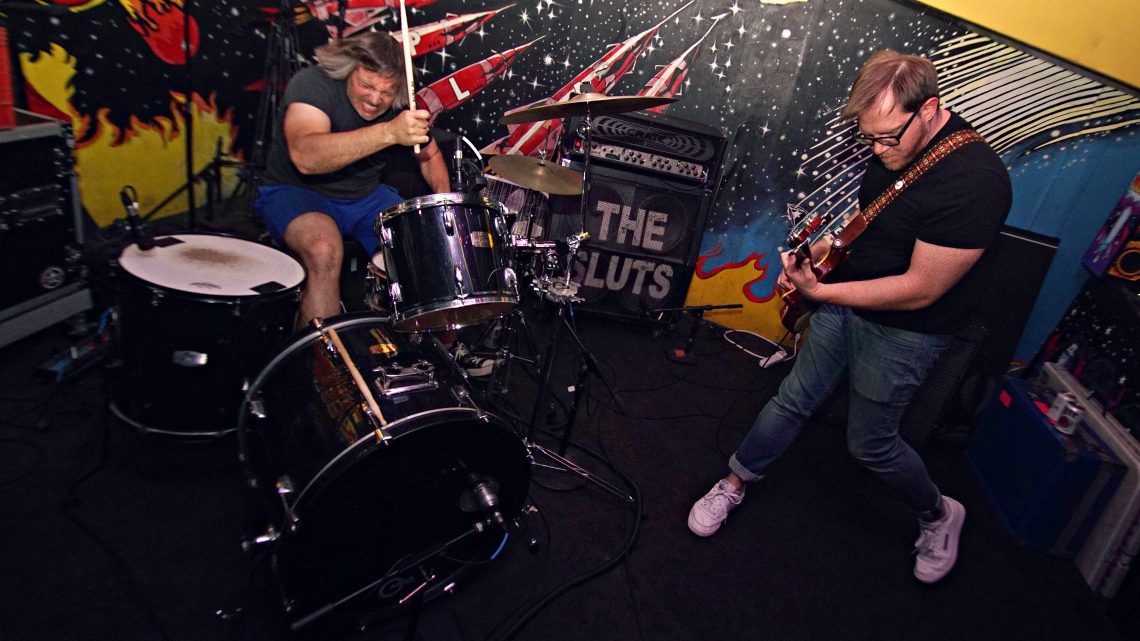 For those of us who are starved for the rock and roll regiment we normally subscribe to (but can’t due to the quarantine), The Sluts are coming to the rescue.

The Lawrence rock duo just released “King Kong,” a track that brazenly kicks down the door and comes in hot. It doesn’t even hit the three-minute mark, but still provides ample time to get worked up. The lyrics tackle toxic masculinity head on, referring to a showy King Kong-like character as a “little man.”

The Sluts just finished recording an album in the studio, so we can expect a release soon. Until then, you can listen to their latest track below.