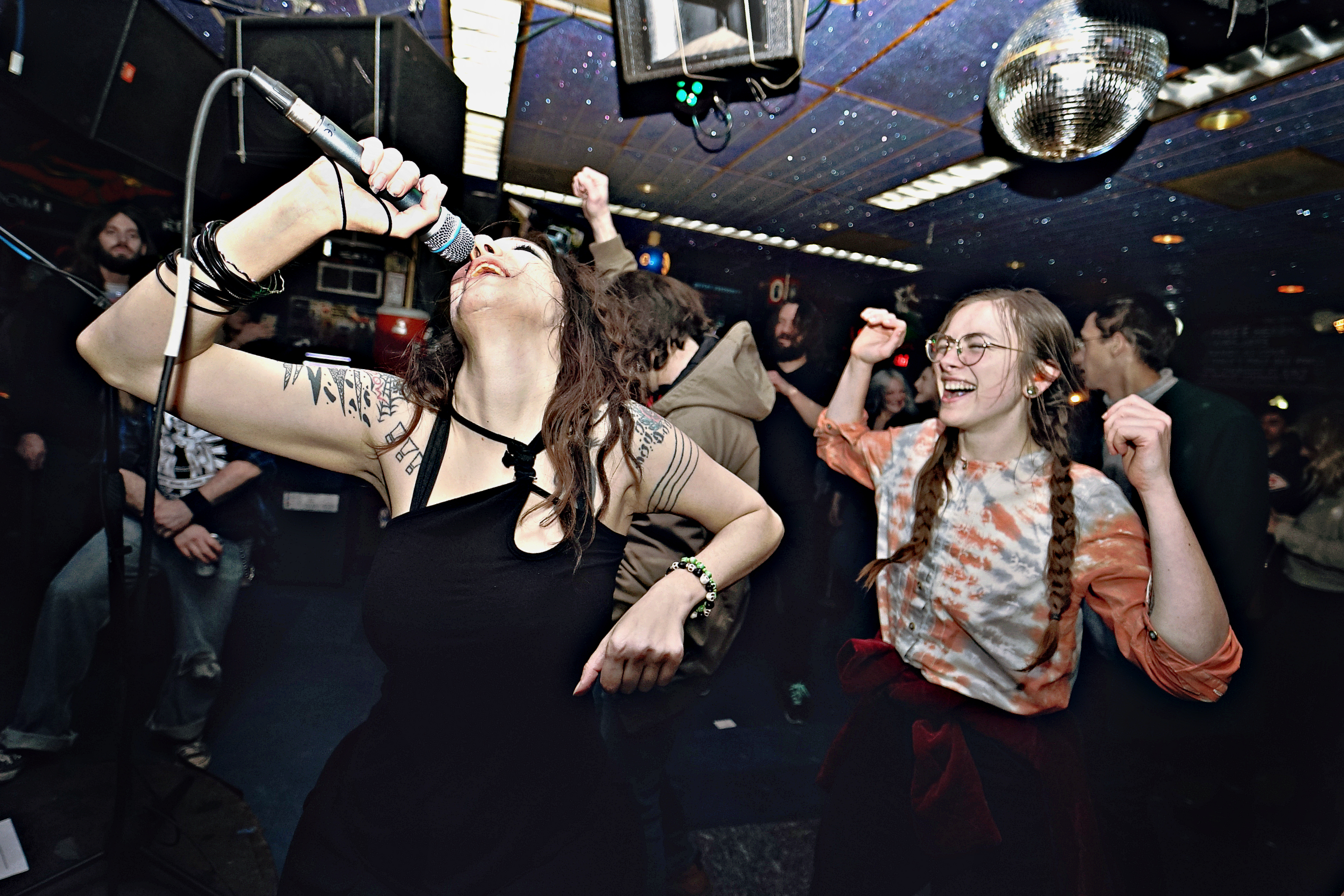 A good old fashioned throwdown came to the Replay Friday night when three bands brought powerfully fanatical performances to match the energy of Spring weather moving in. The Bad Ideas were a big draw, as the show marked a significant return to the venue for the Kansas City punk rockers. From the moment they fired up their fantastically dysfunctional set, the beer started flying. The ear plugs started flying. Bodies, purses, and cans all started flying. The entire damn place was airborne without a pilot in the cockpit.

It would normally be tough to follow an act like that, but Flash Foods kept the momentum high. The three-piece delivered one solid rock tune after another, with a doting audience following along.

The belle of the ball on this night was, once again, DFITD (pronounced dee-fitted). The two piece (who we hear are still on the search for a vocalist) always shock and awe audiences thanks to their talented drummer. The 15 year-old plays harder than most of them, constantly twirling her sticks and beating the bloody hell out of her drums. She’s always humble, and the frantically fast guitarist is always gracious in knowing where the audience’s attention is. There’s never a single frown in the audience, just wall-to-wall cheshire-level grins– and you can bet everyone’s phones are always out, capturing the magic… including ours: