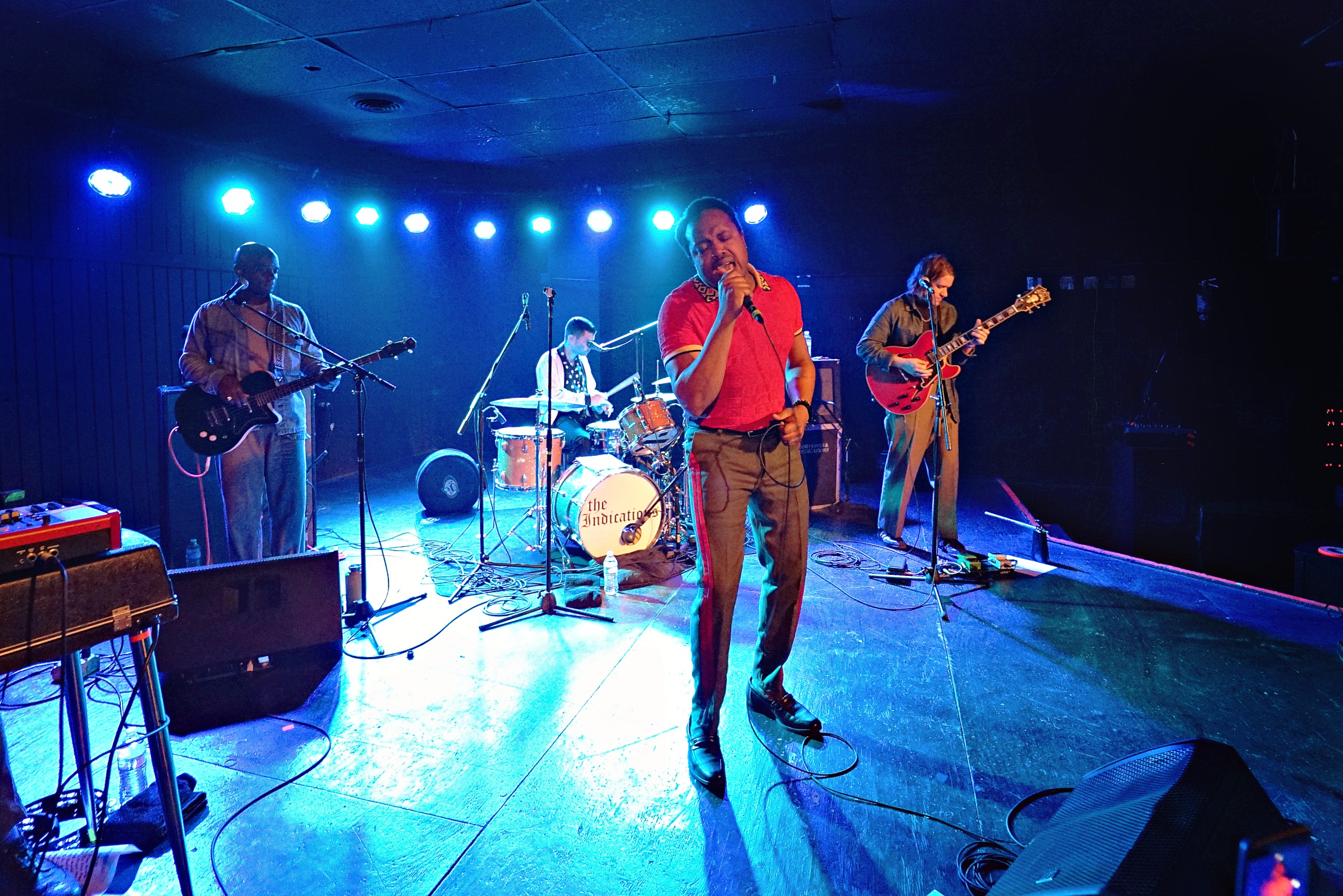 If you’ve ever wondered what it looks like when an audience so badly wants to touch the heavens that they lose their collective shit, Saturday night’s show at the Bottleneck was a pretty good example. The soulful and debonair Durand Jones and the Indications had a sold out crowd at the Downtown Lawrence venue eating out of the palm of their hands. Most of the front row spent the entirety of the set with their arms outstretched, eager to be on the receiving end of this loving relationship.

Durand Jones and the Indications went down on that audience hard, laying all their smooth skills on the table. Every maneuver (and there were many, many maneuvers) elicited squeals of ecstasy from the jittering crowd. Even the non-maneuvers, the moments of silence, where Jones and Co. gazed out over the sea of faces, sent fans into a frenzy. If anyone had decided to throw their panties at the stage, we wouldn’t have been surprised. Their soulful medley of pop songs midway through the night, which covered everything from Sugarhill Gang to Eminem, was a popular moment with the crowd. This tour brought the very emotional KAINA along, who started her performance by telling the audience “This set is going to have a lot of feelings,” (a bit of an understatement considering how much the audience ate up every ounce of her sugary sweet persona).