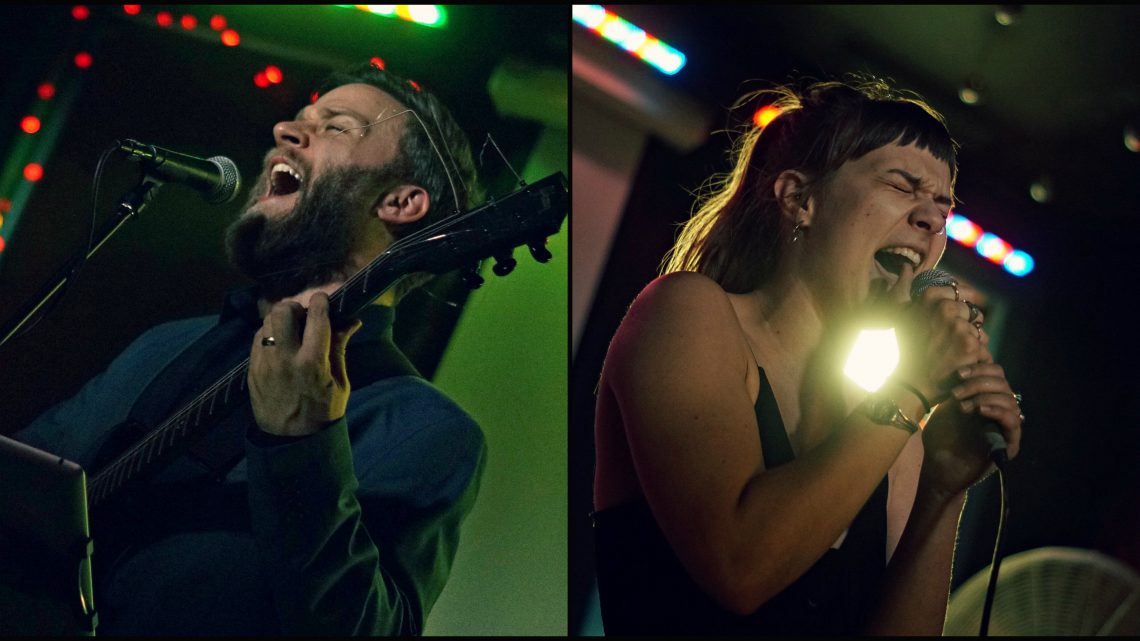 It was the very picture of a perfect LFK Summer evening. The Final Friday art walk was rolling strong, buskers were out on every corner, and the sidewalks were filled with Summer dresses swaying down the sidewalk in feeble attempts to outlast the humidity. But even with all the activity of a busy Downtown, fans packed into the Jazzhaus for an impromptu early show. The event featured two bands who had undergone transformations in recent months. Both Similar Animal (formerly Minimal Animal) and The Sophomores (somewhat formerly Shoebox Money) adopted new lineups and names. But a loyal fanbase meant they filled the room with bodies eager to take in an early evening of high-energy rock and roll. Highlights of the sets included a brood of children (who arrived with the musicians in Similar Animal) that absolutely dominated the dance floor, and The Sophomores’ hauntingly detailed cover of Jefferson Airplane’s “White Rabbit.” How Hannah Norris, who isn’t even old enough to drink, can wail like an experienced and legendary rock star will always remain entrancing (ugh, we can’t WAIT until she’s running the scene).