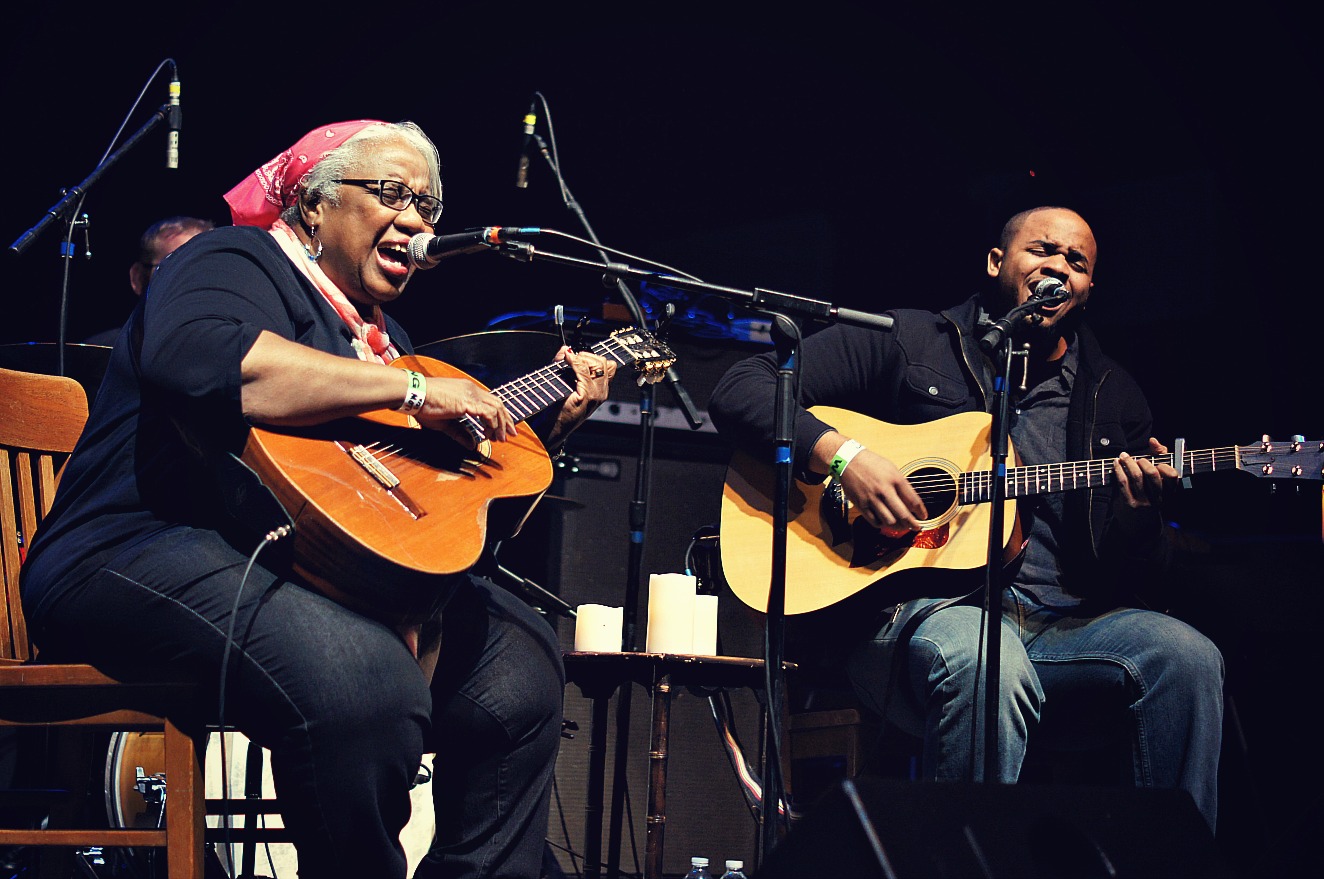 Anyone who’s ever worked in the family business understands the importance of a little privacy every now and then. But when the family business involves chart-topping albums, world tours, and live television appearances, there concept of “me time” goes right out the window. With roots-folk duo Madisen Ward and the Mama Bear, it’s rare to see one without the other.

The Kansas City-ish-based musicians will take the stage on Fourth of July weekend for Live on Mass’ yearly free concert series and street party on Saturday, July 6th. But before they do, we wanted to see if they really do know each other after all that time working in close proximity. Below, we’ve quizzed Madisen and Ruth Ward on each other. You can read their answers and see how well they did.

IHLM: What is Madisen’s biggest pet peeve?
RW: Being interrupted.

IHLM: Is Madisen a dog or a cat person?
RW: Neither, but is accepting of them when they’re around.

IHLM: What is Madisen’s favorite thing to do other than playing music?
RW: Watch movies.

IHLM: What was Madisen’s first job?
RW: Working in a shoe store for kids.

IHLM: What is Madisen’s favorite color?
RW: He likes dark colors, I am not sure he has a favorite.

IHLM: What’s his favorite movie?
RW: There is so many, he loves Scifi, it’s hard to pick one. “Old Country for Old men.”

IHLM: What is something your son always says?
RW: No mom, lol.

How did Ruth do?
Madisen’s verdict: “She did great! Except I love every genre of movie, cereal ain’t terrible, and I love how she called it Old Country for Old Men.”

Our grade: Ruth gets a B+, but we’re giving her extra credit to knock it up to an A-. Good job. Gold star.”

Madisen on his Mama Bear:

IHLM: Is Ruth a Breakfast for Dinner kind of person?
MW: Not necessarily.

IHLM: What is your mother’s biggest pet peeve?
MW: Arguing.

IHLM: What was your mother’s first job?
MW: Um, lunch lady at a cafeteria?

IHLM: What is your mother’s dream car?
MW: She doesn’t have one.

IHLM: What is your mother’s favorite thing to do other than playing music?
MW: Painting.

IHLM: How old is Ruth?
MW: Gotta ask her.

IHLM: What is your mother’s favorite color?
MW: Yellow.

IHLM: What’s her favorite movie?
MW: “Gone With the Wind.”

IHLM: What is something your mother always says?
MW: Gimme Shrimp.

How did Madisen do?

Ruth’s verdict: “Madisen was 50 percent right. I can go any way with breakfast. My pet peeve, people judging each other. First job, day care center. Car, old school ’59 and 60’s. I am 67. Life makes me laugh and a few comedians. ‘A Raisin in the Sun,’ ‘Bridges of Madison County.'”

Our Grade: Madisen gets an “F,” SEE US AFTER CLASS.

You can watch Madisen Ward and the Mama Bear on Saturday, July 6th, at Live on Mass in front of the Granada.