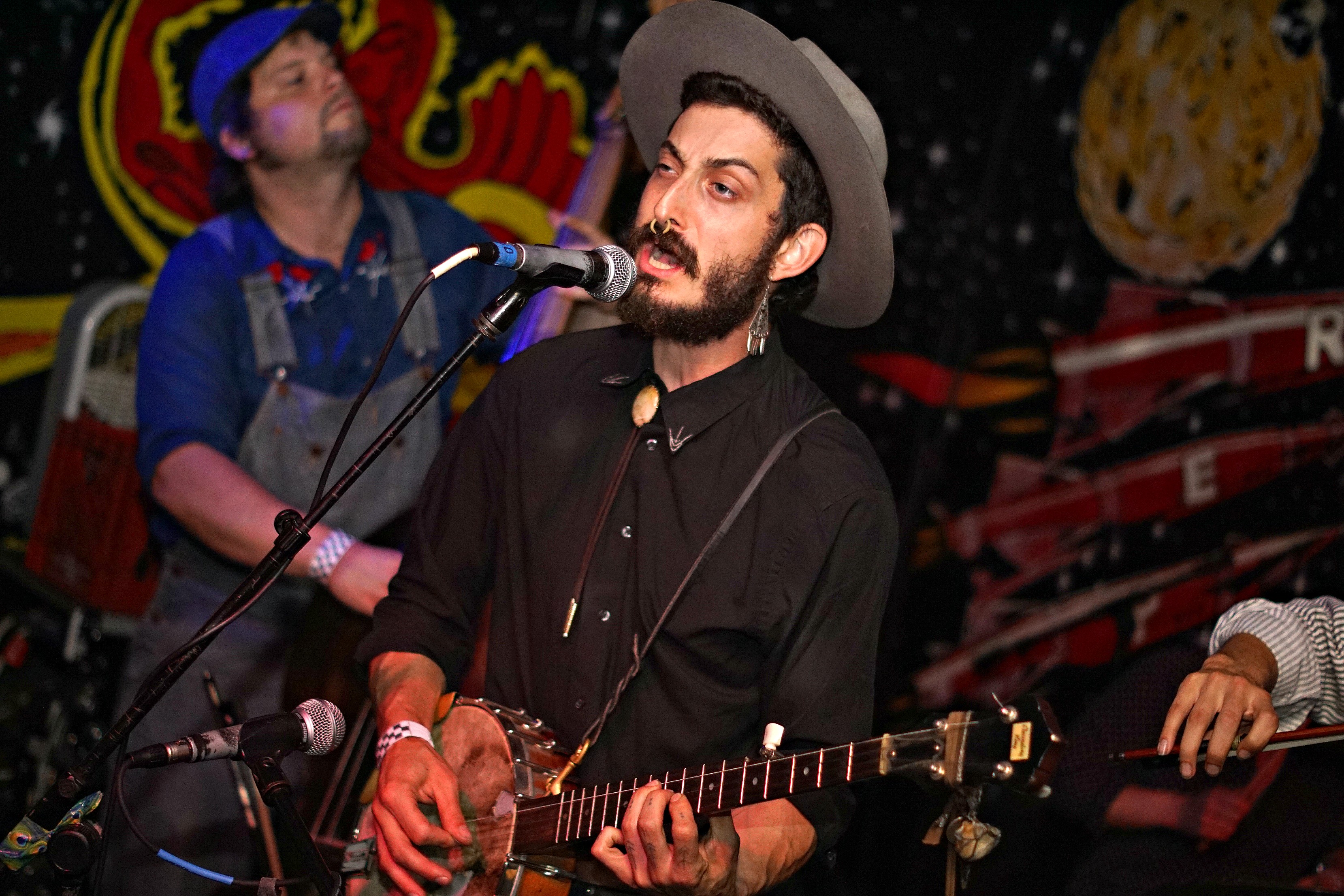 We know. It’s a little depressing that Busker Fest got rained out this year (the festival was moved indoors after a storm moved in on Friday). But one Washington-based band brought a little bit of cheer and pep to the Replay while a storm raged outside.

The DiTrani Brothers and the Hammer of Spring indulged saturated attendees with some good old-timey vaudeville-esque jazz and swing. By the time they took the stage, folks were even whooping and hollering along with the band. Their sound exuded nothing but joy– but it was the occasional race on the frets between the gypsy-style guitarist and the fiddler that really kept folks on the edge of their seats.

You can watch a clip from their show, which they shared with local songwriters CS Luxem and Hadiza, below.