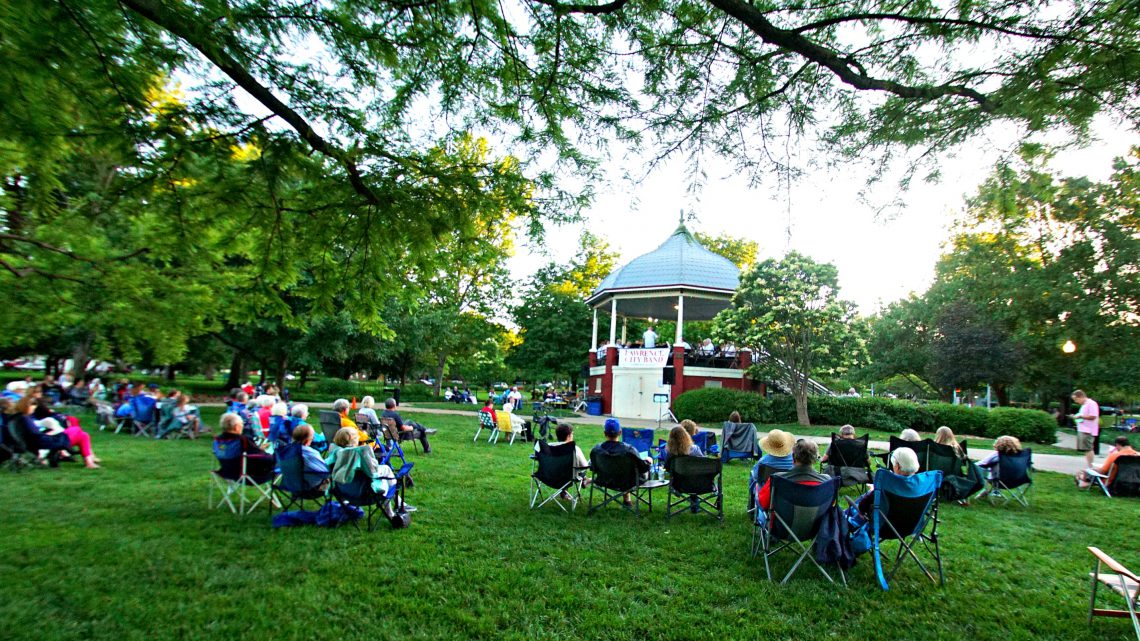 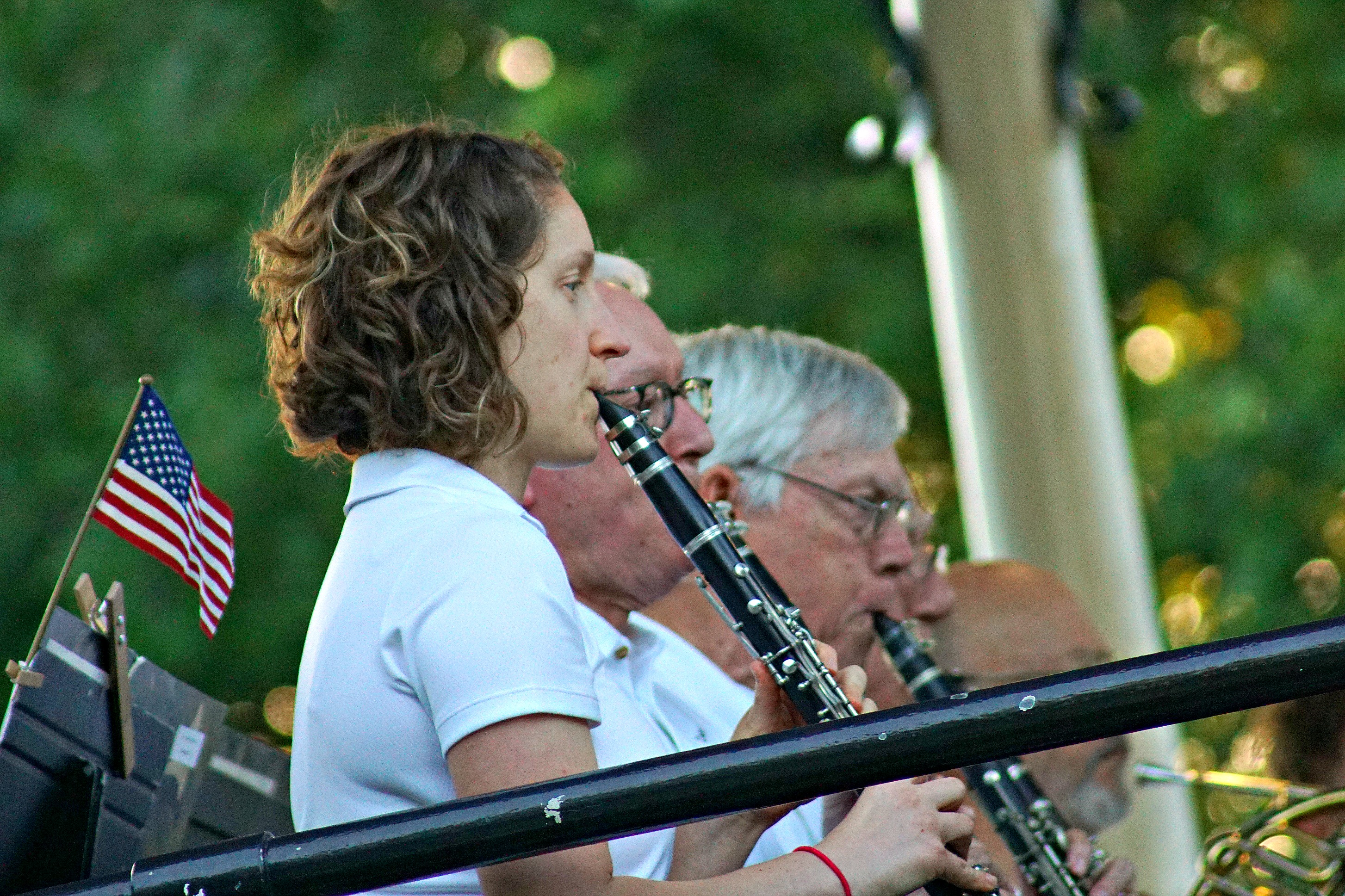 Just 24 hours after a devastating tornado took a destructive jaunt down K-10 (starting in Lawrence), the skies cleared out for what anyone on this Earth would consider perfect weather. With just a few patches of soggy grass at South Park, the community decided to go ahead with launching the City Band concerts.

Last Summer, a climate change-induced heat wave lasted nearly the entire season. This forced the City Band concerts inside at their other location (Murphy Hall). But with temperatures cool and the air crisp, the locals happily set up their lawn chairs and enjoyed the sounds of horns, reeds, and percussion. “Summertime in South Park” was the theme of the inaugural show of the series, and it sure felt like Summer had arrived. With instrument cases scattered gently about on the grass, children hula hooped, played catch with their parents, and chased each other through the park’s pièce de résistance: the rosebush-framed water fountain. 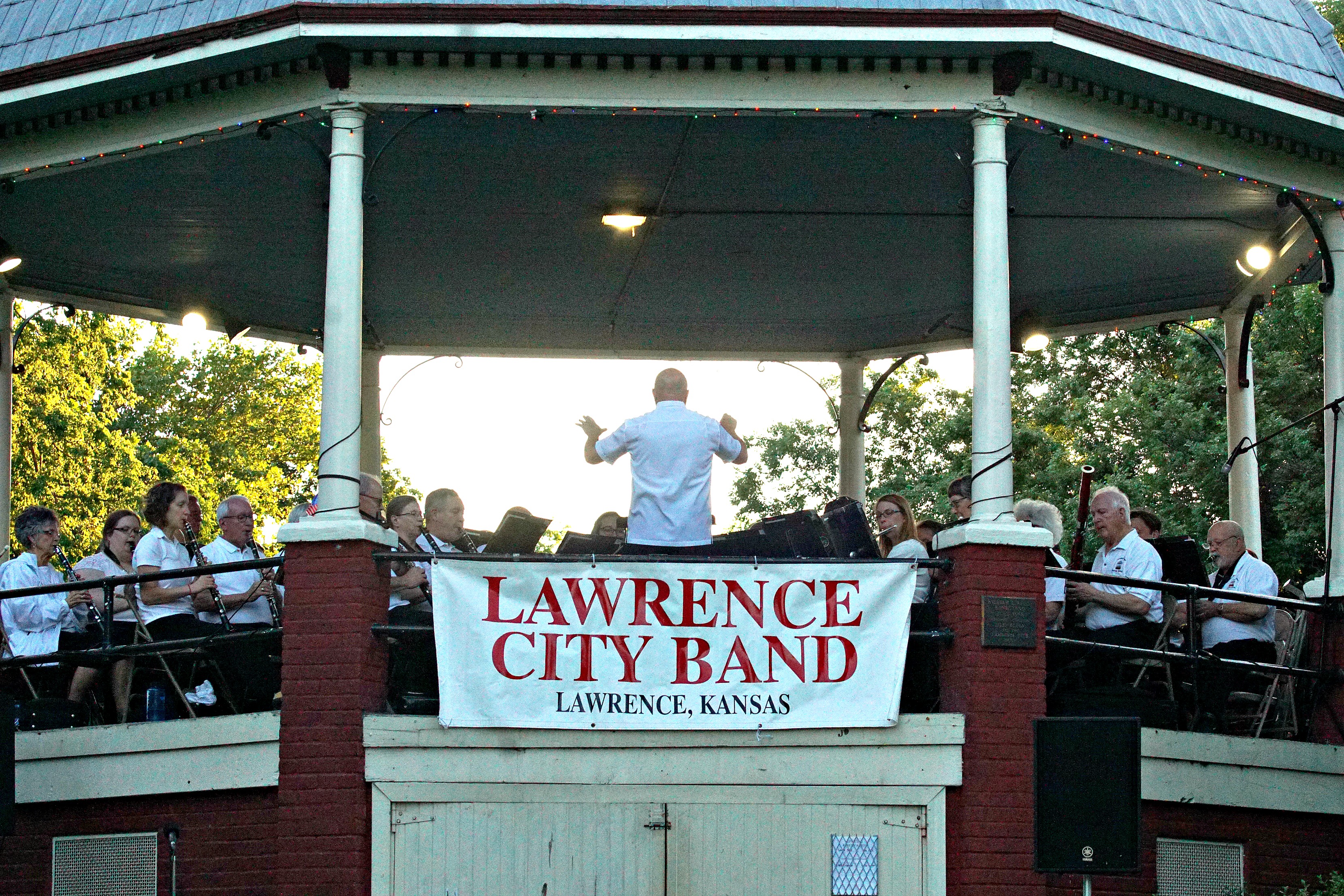 Under the jovial leadership of Conductor Paul Popiel, the band knocked out one chipper arrangement after another. “The Silver Gazebo,” “Swing’s the Thing,” and “Someone to Watch Over Me” were all songs floating through the air as a perfect, golden Kansas sunset filtered through the trees behind the Gazebo. The camaraderie between Popiel and the musicians is infectious– the occasional remark prompted giggles and let the audience in on their little jokes.

Every week comes with a different theme. You can catch the Lawrence City Band playing from their perch in the South Park Gazebo every Wednesday at 8:00 p.m., from now through the end of July.