Lawrence musician to play 50 songs for his 50th birthday

Lawrence musician to play 50 songs for his 50th birthday 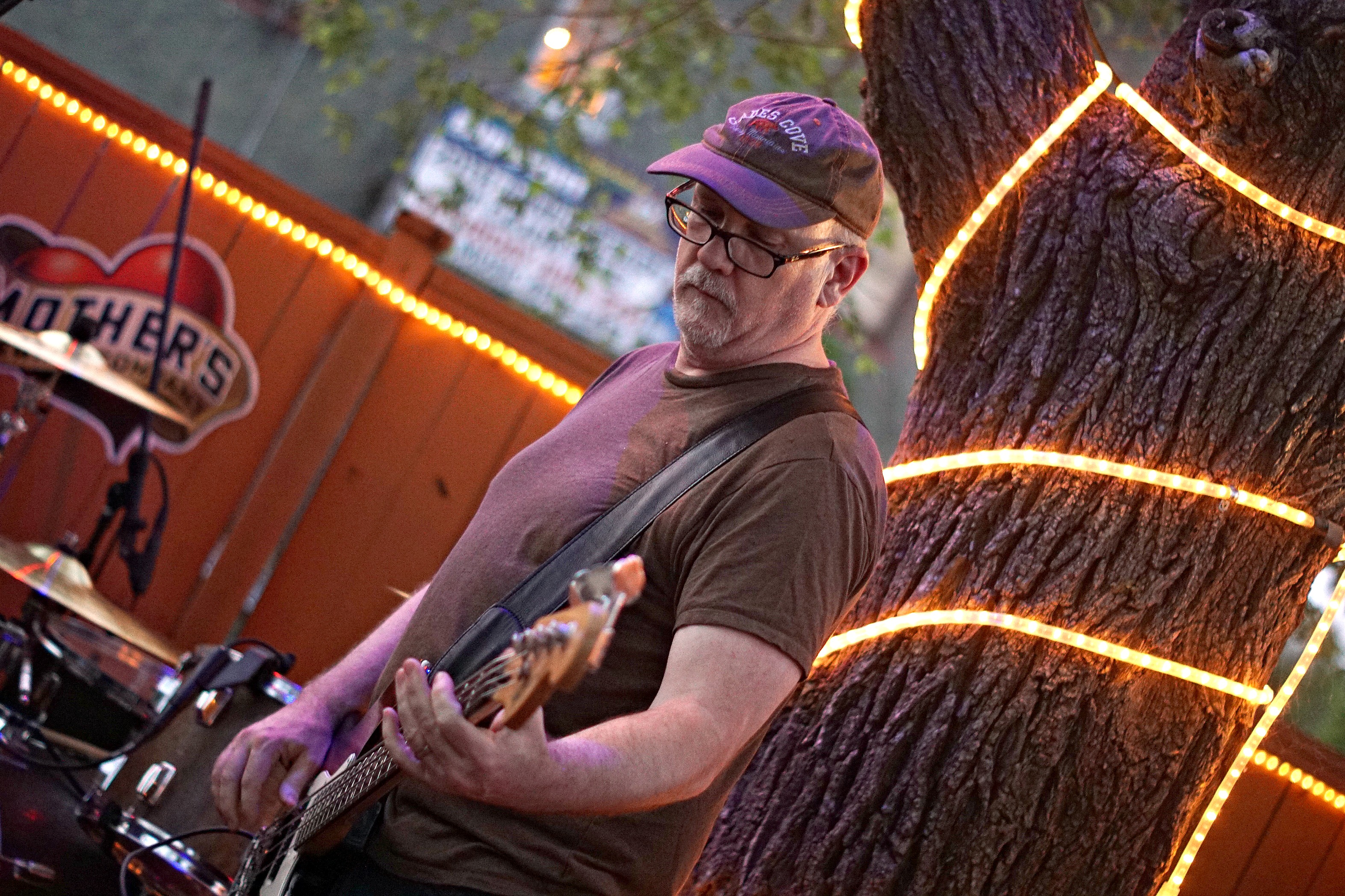 It’s nearly impossible to live in Lawrence for any length of time and not get involved in live music… but Tim Manning takes the (birthday) cake. As a decades-long resident and musician in Lawrence, he’s played countless shows with dozens of musicians. The WiseAcres, Old Grey Dog, and Pavlov’s Cats are only a handful of the bands he’s shared stages with over the years.

Now, as Manning marches towards that half-century mark, he’s taking time to showcase the fruits of his rhythmic labor. This week, the culmination of all his years of melody-making culminates in a fairly impressive and well-planned celebration. For his 50th birthday, Manning decided to go big. So he called up every musician he’s ever played with since his teen years, and is planning a good old musical-midlife crisis by playing 50 songs for his 50th birthday. That’s one hell of a birthday party, so it has to take place over two days (starting with a show at the Gaslight on Friday and continuing at White Schoolhouse on Saturday).

We talked to Manning ahead of the mini-fest as he prepares for the impossible: gathering several musicians in one place at one time.

IHLM: How many bands have you played in since you were 15?

TM: “I was always very naturally engaged with music as a kid. When I got in to my teens I found out my Pop— who is now a retired music educator of concert, marching and stage bands— played in rock groups. My imagination went rockstar wild! The time period was the mid-80’s, MTV, California punk, skateboarding, hair bands etc.. There were local kids in Topeka starting bands and I went to ‘All Ages’ shows in Lawrence. I loved live music and especially from people around my age (not what was on commercial radio). To be honest, early band attempts were definitely rites of passage. My first good group played garage punk. We barely knew to tune the instruments, there was a lot of bashing, yell / non-singing and noisemaking.

The answer is A LOT… maybe 30.  I am a champion of being in bands no one has ever heard of, written and collaborated on literally hundreds of songs. All in all, in the last 35 years there have been cover bands, original bands, rock musicals, working groups with four-to-45 minute sets… did a lot of ‘bass for hire’ gigs, where I would fill in for a player, cram 10 songs in my head play a couple of shows then never play that music again. Being a bass player, I am able to back up a wide variety of styles; classic, alt and prog rock, jazz, blues, funk, punk, metal, country, bluegrass, polka, irish, etc.

IHLM: As someone who has spent a few decades playing music in the area, what would you say is the biggest change the music scene has experienced over the years?

TM: “For one thing, there are a lot more venues and opportunities to book bands near and far. Compared to the past, I would say, it’s much easier to create a product and find an audience now.”

IHLM: What has stayed the same?

TM: “Diversity of genres and level of musical talent has always been very strong. Which has a lot to do with the fact that people still love to go see and hear live music. Also, the turnover of new music is the same, just much, much quicker. I don’t pretend to keep up.”

IHLM: OK, it’s a birthday party. Will there be cake?

TM:“Because of scheduling bands and venues I had to split the Big 50 into two days. Friday night is the more electric bands over at the Gaslight. Then, Saturday at Burcham Park (which is flooded and probably will be relocated)** is more family style; lower decibel electric and acoustic. This is where there will be CAKE! My wife and kids know my favorite is a very lemony yellow cake with cherry pie filling poured on top. Hello diabetic coma!”

IHLM: Why do you think it’s important to put on this event?

TM: “For some reason, turning 50 years-old seemed absolutely crazy when I was younger. But, I don’t feel ‘old’ at all.  It’s a half-century or maybe the middle ages. With that in mind, I thought it might be a fun challenge to ATTEMPT to gather up old bandmates and friends and try to play at least 50 songs from the past, present and future. I’ve had some friends back out, but in two days I am playing in six or seven combos that will be playing anywhere from six to 15 songs per group. It’s going to be a challenge. We’ll see what happens.”

**Editor’s note: The Saturday show originally scheduled for Burcham Park has now been moved to White Schoolhouse due to flooding.