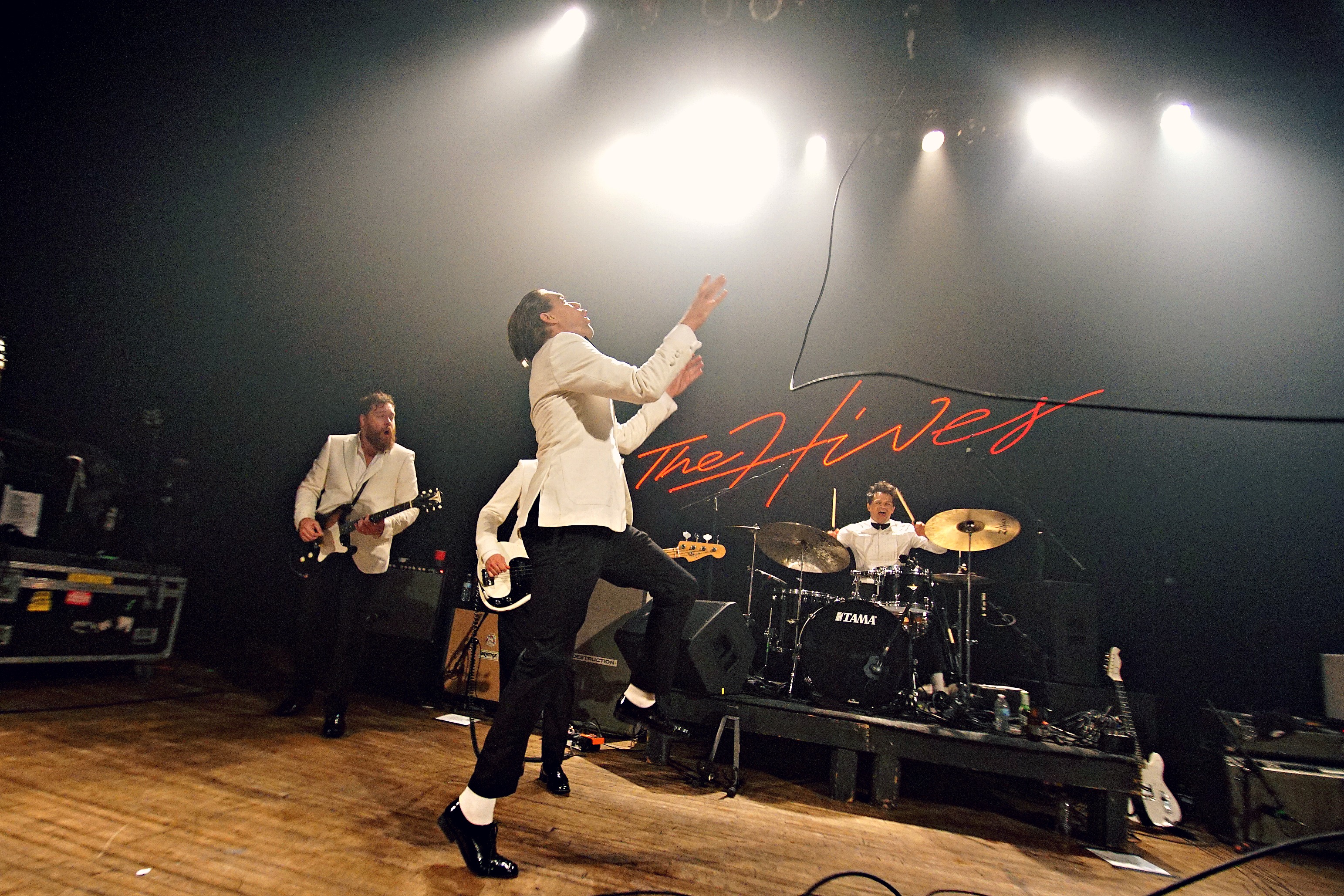 It’s simple science, really. When you’re presented with a force born from a high-density and high-temperature state, you get the big bang. The same theory could be applied to Wednesday night’s Liberty Hall show, when The Hives collided with Refused resulting in what may possibly be the most explosive show of the year.

Lawrence is a music town. We get lots of shows every week that are up there with the best. But in a stroke of unfathomable luck, the two powerhouse bands co-headlined a tour that found itself in the historic venue. Bleached, who had far involved into a more robust rock sound since their last Lawrence stop six years ago, warmed the audience up with never-ending guitar shreds. But when Refused took the stage, the audience stood firmly at attention while the Swedish rockers spent equal amounts of time defining what it means to be a hardcore band and laying into the audience about women’s rights. Vocalist Dennis Lyxzén was menacing as hell, constantly eyeing the crowd like prey and threateningly wielding his mic around in a circle. Set against strobing lights, the wall of guitar noise had a sort of weight to it– almost as though they were pinning the audience down, though the crowd was more than happy to give into the band’s daunting allure.

The Hives rounded out the night with one unforgettable moment after another. They didn’t play more than a dozen songs, but the entire set felt hefty thanks to vocalist Pelle Almqvist’s never-ending charm and shit-talking. He’s likely rock and roll’s best showman (take THAT, Mick Jagger!), constantly reminding the audience that it’s a blessing to be in the presence of The Hives… and he’s not wrong (don’t shoot the messenger, we just tell it like it is, folks).

The Hives don’t believe in stages. This is not a band that will ever stick to the stage. Almqvist and his brother, Niklas, never stood in one spot. They scaled anything that would support them– monitors, security rails, actual live humans— all while wielding their weapons of choice. Pelle’s got a knack for mingling with the crowd as far as his mic cord will allow, and he utilized this talent on every single song. He even crowd surfed and thrashed in with the pit– a gift the audience was treated to from both The Hives and Refused. The band all donned white suits, which were soaked with sweat within moments. Pelle, in between his roasting of the audience, constantly flashed his bare chest and spat water at his doting fans, but would always follow it up with hugs and high fives.

Though their fans have aged throughout the band’s decades-long career, the actual members of the band haven’t (they made sure you knew this, as this was part of their trash talk routine). It’s almost like they emerged right out of their last Lawrence show in 2008. Aside from the new song, “I’m Alive,” not much has changed. They are still the greatest, the boldest, the colossal. You don’t watch The Hives, you experience them. This is the greatest show on Earth, and they make sure you know it. Nobody would dare disagree. It’s just… science.

JC and the Nuns have a new singer