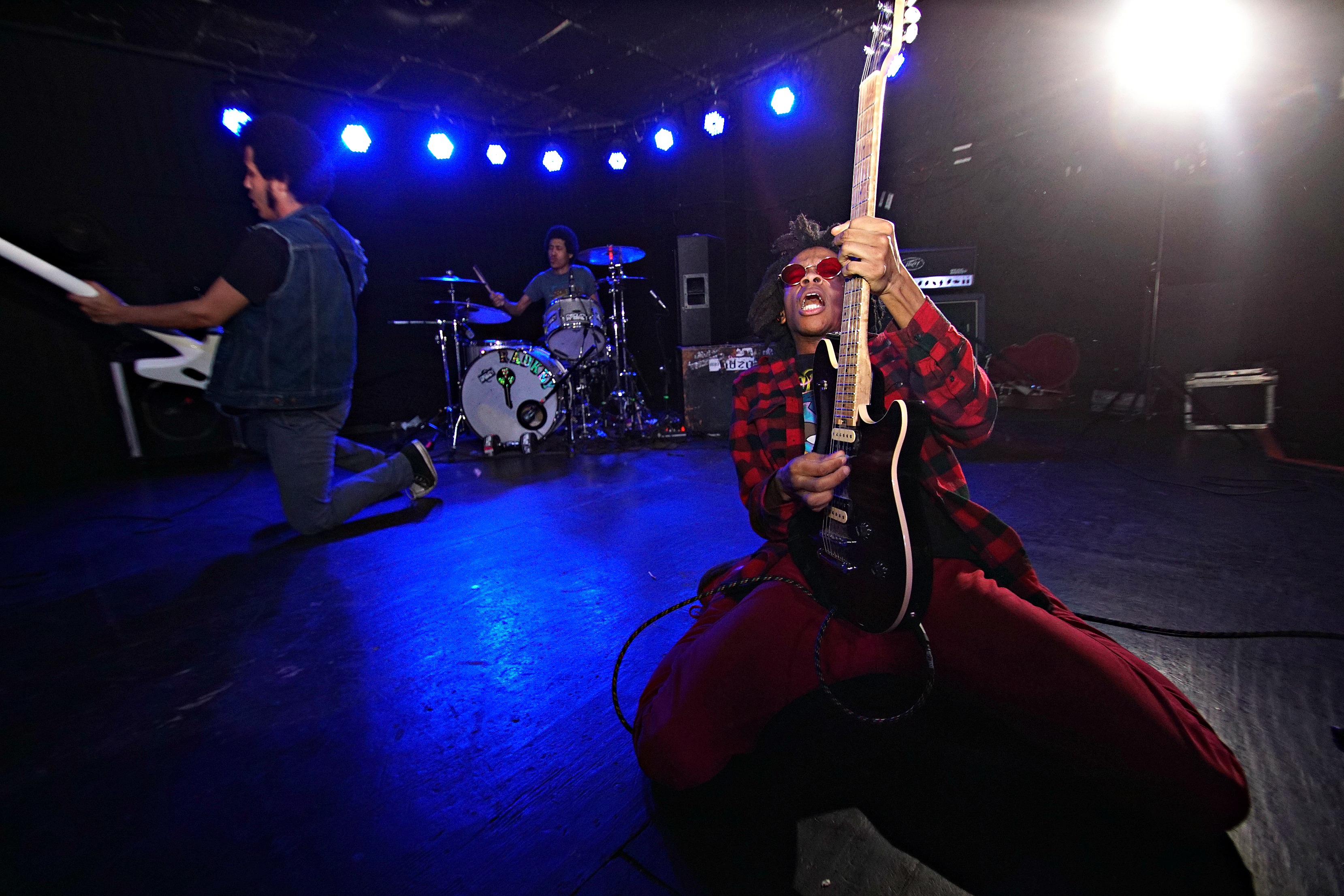 Radkey play a lot of good shows, but this was a great one.

As one of the region’s most thrilling and recognizable bands, the trio of brothers have spent the last decade became a favorite (if not the favorite) in the area rock scene. They’re one of the bands that made it big. They constantly tour the world, they’ve popped up in a commercial, and (most important of all) they keep it real. You can see them on a festival stage overseas, but they’ll also hit up the Bottleneck every now and then (like they did on Friday night).

We’ve yet to see a band so precisely utilize their space on the stage. Most groups take quite a while setting up, checking all the pedals and levels. Not Radkey… these guys storm the stage, plug in, and get to work in the blink of an eye. They’re well-rehearsed, and it shows. A band with just three members could easily be swallowed by the stage. But Dee, Isaiah, and Solomon use it to their advantage. All that space allows for sprinting, thrusts, and leaps into the air. It’s no wonder their fans lose their shit any time they step away from the mic. Just the contorting flexibility they tend to flaunt while shredding and blazing through their solos is a sight to behold… and because this is a punk band (and punk songs tend to pass quickly), the transitions between throwing down onstage and hitting up the mic move seamlessly and effortlessly.

On Friday, they were joined by essentially the best that Kansas City rock scene has to offer. Drop A Grand arrived in their costumed calamity, The Bad Ideas gave the audience a dose of authentic punk, and Wick and the Tricks brought their special brand of glam and punk to a crowd jittering with excitement over their elegant gazelle of a vocalist.