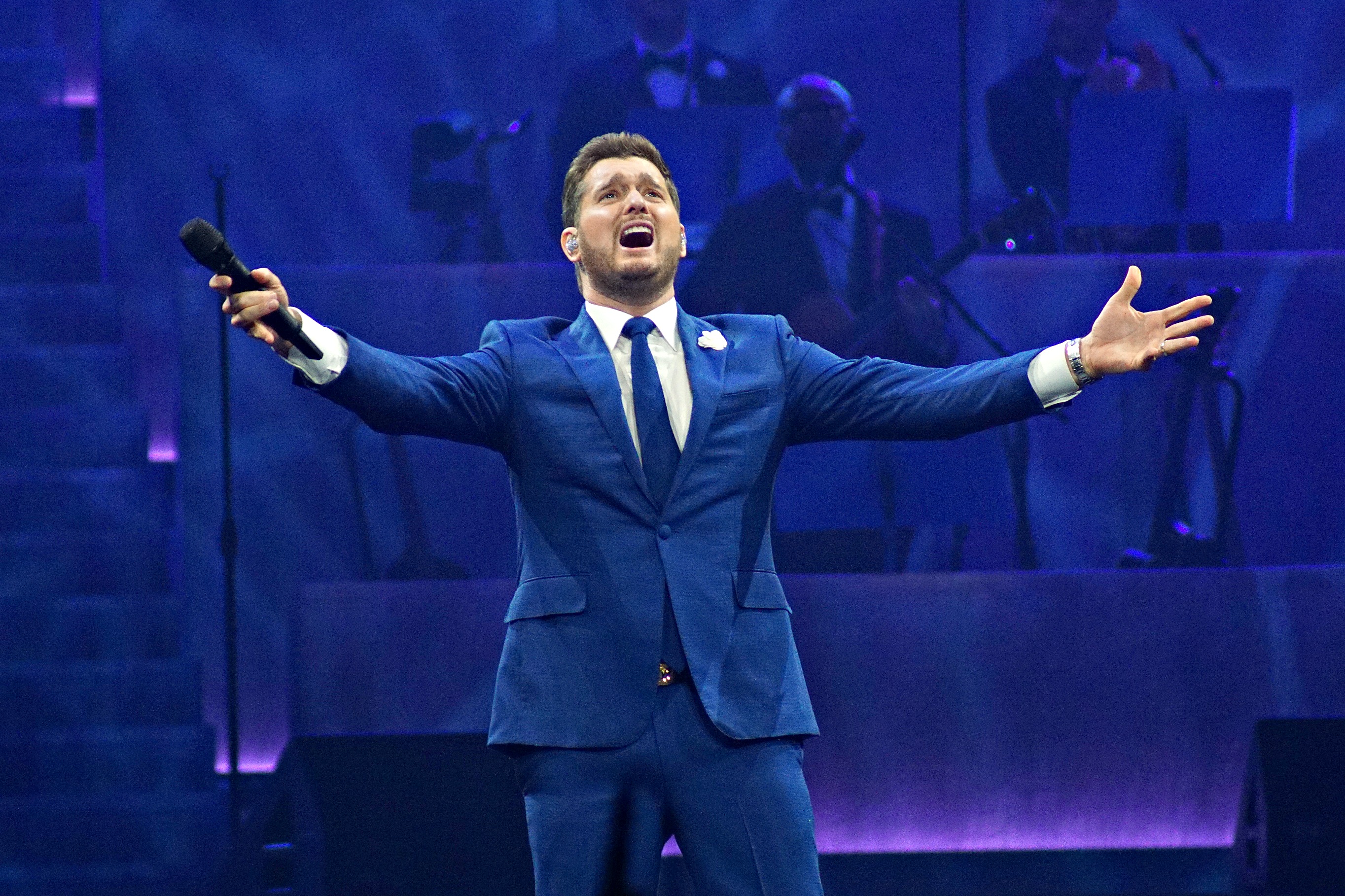 On Wednesday night, we picked up your moms and headed to the Sprint Center to see the most charming man in the world. Michael Bublé, aka Canada’s most adorable export, may as well be America’s sweetheart. Everyone loves Michael Bublé (EVERYONE!). He’s sweet enough for your mother to crush on, and salty enough to win over the younger crowd.

Case in point: he absolutely roasted Missouri. He was only two songs into his elaborate, orchestra-backed set before he started having a chit-chat with the crowd. “I’m so happy to be here in Kansas….” he started before wagging a taunting finger in the air and concluding “City!” His “gotcha” moment was followed by boasting a vast knowledge of the differences between the Kansas and Missouri sides of KC (he had also spent a couple of days piddling around town), so he knew just how to tear Missouri down. “I’m learning it’s a little bit snobby here in Missouri,” he announced before referring to the Plaza’s Cheesecake Factory as “fine dining,” a restaurant he reportedly visited with his wife. “There’s a Cheesecake Factory and a P.F. Chang’s right across from each other! This is like Disneyland for adults!”

Jokes aside, Bublé came ready to impress. A catwalk jutted down the middle of the ground level of the venue, with audience members seated right up to it. This allowed several handshakes, high fives, and fist bumps from the amiable singer while he trotted about to “Haven’t Met You Yet.” Behind him, a full moon as tall as the venue lifted up and revealed perhaps the most impressive musical aspect of the show: a full orchestra. Donning black ties and fancy suits, several risers hosted violinists, a horn section, and everything in between. There was even a grand piano seated in there, just behind the trio of dancing backup singers.

Bublé kept referring to his peppy demeanor as an “attitude of gratitude.” His private life became a little more public after his young son, just a toddler at the time, was diagnosed with cancer in 2016. This allowed him to shift his touring schedule to spend more time with his family. Thus, it had been five years since his last outing in Kansas City. This fact didn’t get past him. “In the five years, one of the things that brought me the most hope to be back here with you was….” he then paused solemnly before exclaiming “Cardi B!” Constantly a joker and keeping the audience in stitches all night, fans had only begun to roar with laugher before he belted Cardi B’s famous “OKURRRRRRR!” into the mic. Somehow, he got a crowd of 60-some-year-old fangirls to “OKURRRRRRR!” right back at him. Bublé may have a voice that melts you like butter, but if the music thing never works out, he’ll have a fantastic career in comedy. Though really, he could get away with murder. He spent an entire night roasting the hell out of the Missouri side of Kansas City, and all they did was love him even more. We weren’t kidding when we said everyone loves Michael Bublé.