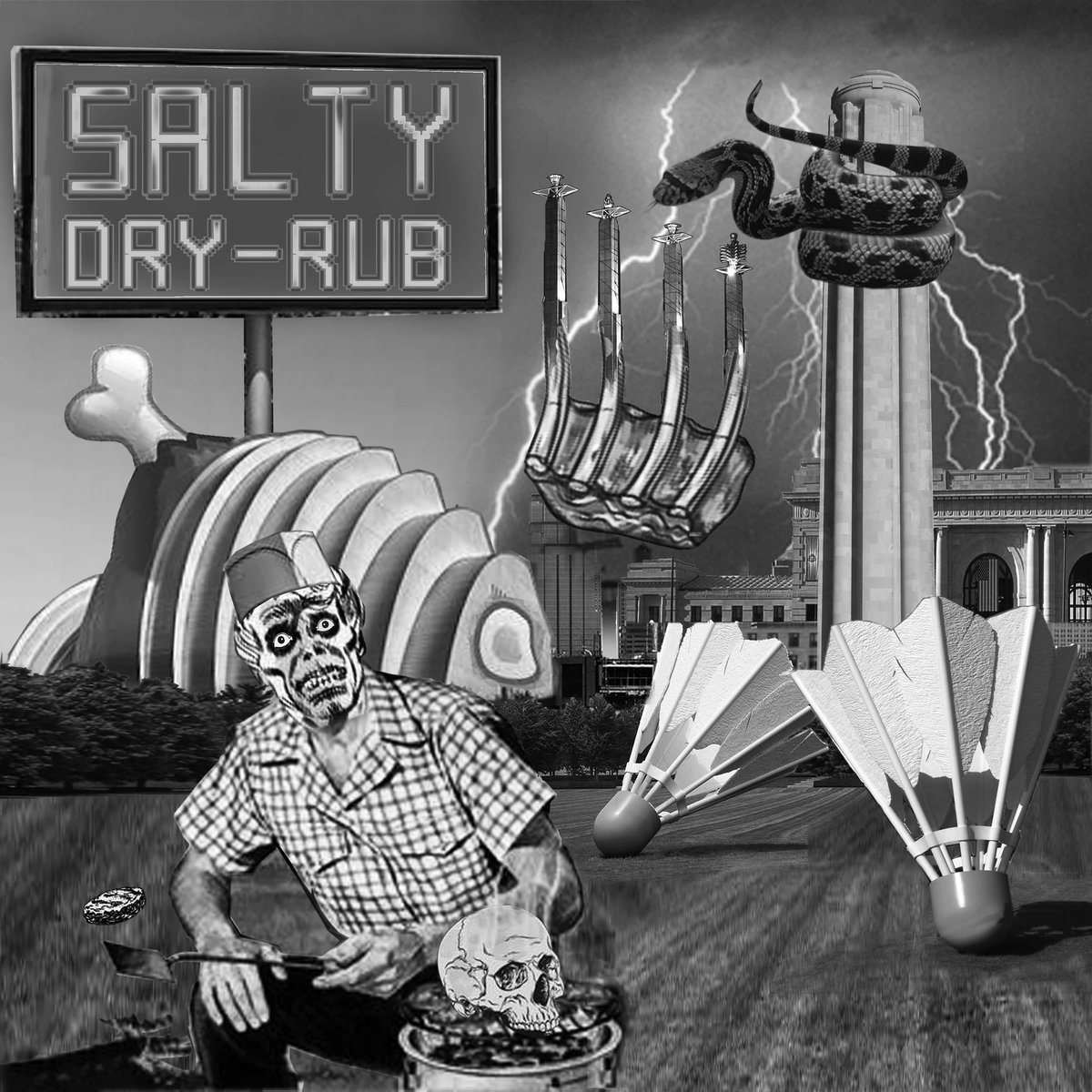 It’s a rare occasion when I would call a song a ripper and mention a stellar saxophone solo in the same sentence, but even rarer would be having them appear in the same track, and let’s take it a step further and say I’ve likely never said it to describe the FIRST track on a record, so let’s get it out there already: “Perfect Angels,” the opening goddamn track on Salty’s Dry Rub, is an absolute ripper that has a goddamn saxophone solo in it. Holy hell. The staccato punch of the track is an instant banger, but then you get completely sideswiped by the saxophone just showing up halfway through. I shouldn’t be so surprised; almost five years ago I wrote a review of Jonathan Brokaw’s other band All Blood and its wild eclecticism and exceptionally/frighteningly high energy. That’s all here too on the new Salty record.

The first half of the record is a sprint to the ledge of madness; you get the chugging spookiness of the title track, the spastic psychedelic pop of “Altruistic Death March” (with the radical harmonic chorus slamming home the guitars and drums), the brutal “United Meatbags” giving you one brief bass solo before the screams start up again, and then the lightning fast keys underlining “Grounded,” pushing the band right to the breaking point. You think you’ve reached the end. Nothing to do now but leap. But what catches you by surprise? A safety net called “Motor Away,” a jaw-dropping gorgeous slow burn with beautiful vocals and strummed guitar. I had to double check I was listening to the same album.

But then Dry Rub cuts the net and you are free falling back into the abyss of hysteria. A whiplash-inducing “Just Deserts” carries some post-emo vibes in the best possible way (and some generational lamenting in the lyrics (“Peace and love and an iron glove”)), leading to the anxiety-ridden love song “Hyperventilating,” the macabre grooviness of “Being,” until we finally get to the surreal closer “Prairie Empire,” which takes its repeated mantra and turns into a hypnotizing howl. If we’ve reached the gaping maw of infinite insanity, I’m not complaining. The bonkers, electrifying, and frenetic Salty took us on about the most exciting ride we could go ever go on.