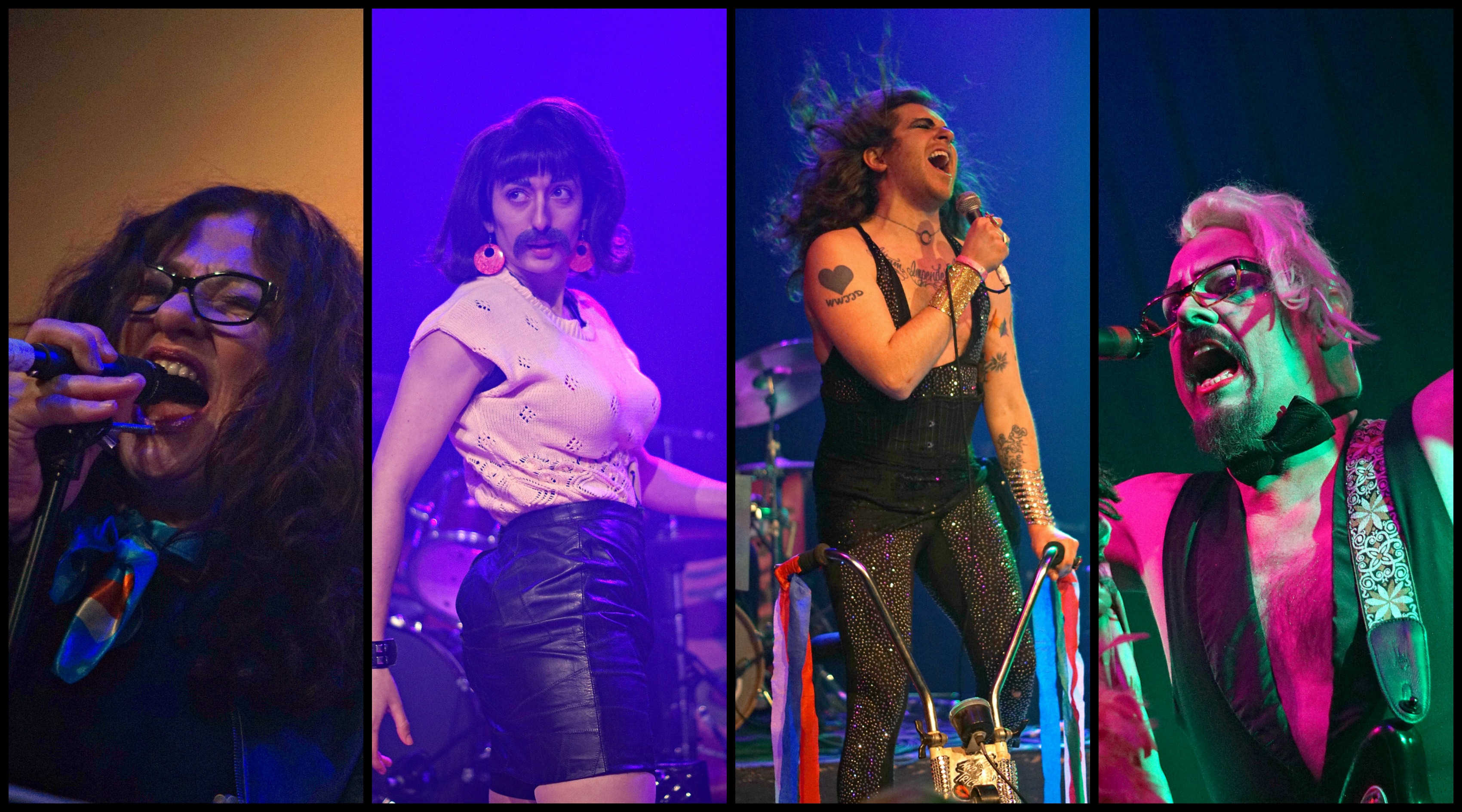 The first band wasn’t even on and the audience was already foaming at the mouth. After a season of snow, ice, freezing rain, polar vortexes, and nothing but bad news… this was a crowd that was finally ready to rock.

All eyes were on the Granada’s stage at the Queen tribute Friday night. As one of history’s greatest (if not THE greatest) rock bands, Queen is a timeless entity. But with the release of “Bohemian Rhapsody,” and all the Oscar buzz surrounding it this weekend, the timing couldn’t have been better.

It really felt like each band tackled a different pillar in the house of Queen. Party Party did “the hits” (“Under Pressure,” “Don’t Stop Me Now”), Vedettes tackled the rock and roll (“Son and Daughter”), Wick and the Tricks channeled the band’s glam theatrics, and Vibralux (as expected) had the big finish.

As mentioned, the audience was foaming at the mouth. By the time Party Party (a band comprised of members of Carswell and Hope and Katlyn Conroy) fired up their first song, the crowd was already gleefully singing along (and quite loudly). Though we’re pretty certain nobody had a better time than the tiny Freddie Mercury who showed up (earlier, he told us “This is my first concert!”). Katlyn Conroy is perhaps one of the only singers in town with a vocal range dynamic enough to tackle Freddie Mercury’s— and you can bet that when “Bohemian Rhapsody” hit, everyone was headbanging along.

A drag performance by Dick Von Dyke entertained with a mashup of Mercury’s drag from “I Want To Break Free” and a leather daddy. Vedettes left fans stunned with their take on “Stone Cold Crazy” and Heather Lofflin’s brutal, screaming vocals on “Son and Daughter.” The crowd of diverse age groups wasn’t too familiar with air guitar, but got a lesson real quick after a breakdown from World Champion Mean Melin. VelociRapture’s air guitar bit doused the crowd in confetti (we’re still finding pieces in our hair), while Mean Melin called upon his sister CindAIRella for a gnarly duet.

The front row of this show was primarily comprised of women, and they fell for Wick and the Tricks HARD. It’s hard not to, as the Kansas City glam rockers have found a home in Lawrence thanks to their charms and flirty gazes. But one of the definite highlights of the night came during Wick and the Tricks’ rendition of “Fat Bottomed Girls.” At the end of the song, Wick threw off a red cloak to reveal a stationary exercise bike, hopped on, and yelled “GET ON YOUR BIKES AND RIDE!” That’s when the crowd decided they were in love, the squeals and giggles just erupted.

Vibralux, being the expert showmen/women/plastic bitches that they are, ended on a grand finale. They gathered up as many singers from the previous bands and audience members as they could to provide the vocals for “Somebody To Love.” It was the feel-good moment of the night. Everyone was covered in glitter, singing at the top of their lungs, air guttering along, headbanging, and holding an incredible amount of love in their heart for the most talked-about rock band of 2019.

Watch: Hadiza at the Replay