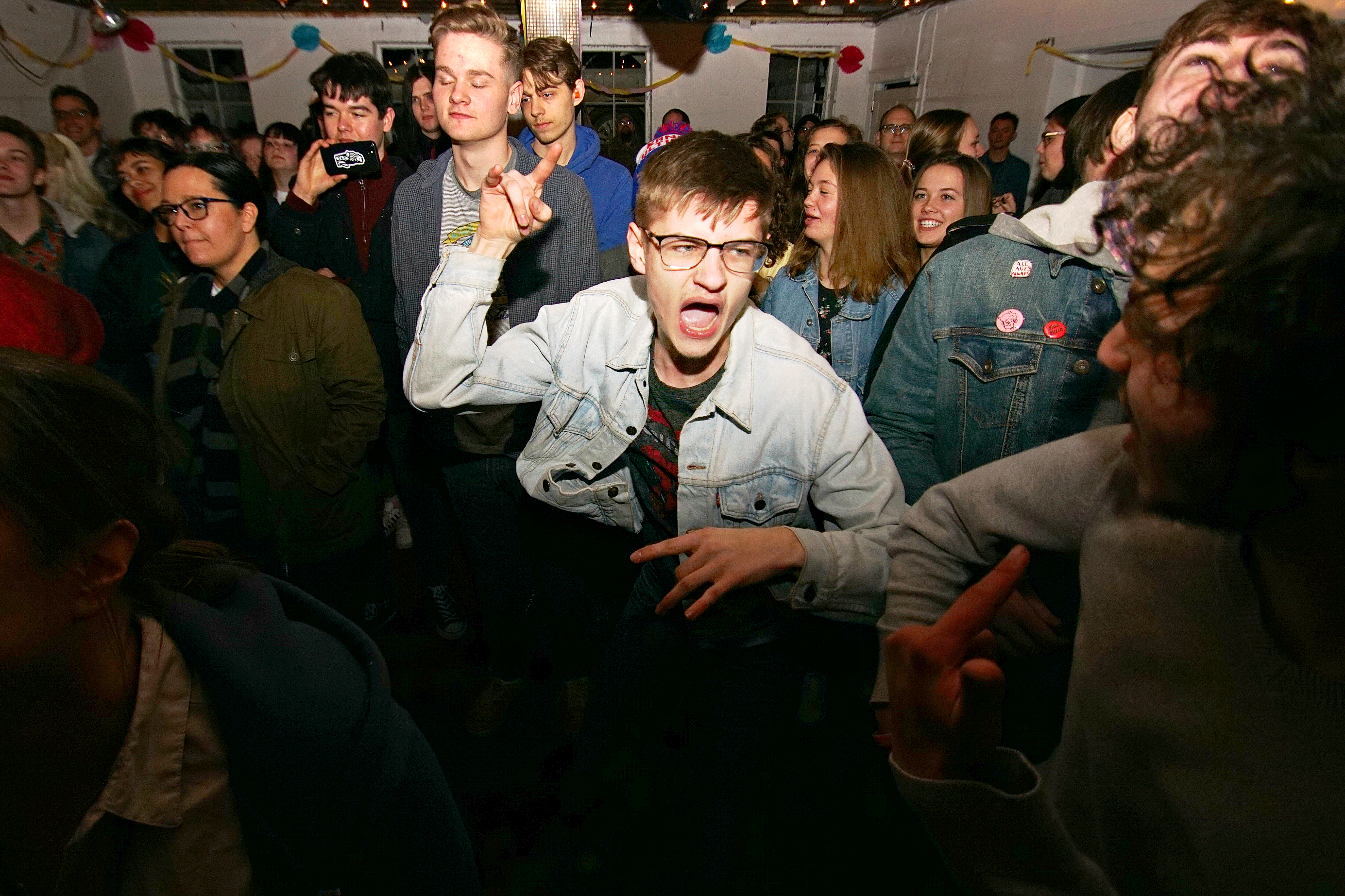 There’s a scene in “Scott Pilgrim vs. the World” where Scott turns to his apprentice and says “Young Neil, you have learned well. From this point forward, you will be known as… NEIL!” Dropping the “young” from Neil’s name was a grand gesture of respect that showed growth between both characters. In the same vein, we’re no longer calling Redroom, LK Ultra, Oxford Remedy, and Chess Club “teen bands.” From this point forward, they are bands.

The four local bands did more than enough to pull their weight in Lawrence over the last couple of years, culminating with Saturday’s banger at White Schoolhouse. The all ages affair was arranged to purchase a new PA for the DIY venue, an important staple for musicians who tend to shy away from the Downtown area.

Revelers packed the basement for the sprightly scene– and by the end of the night, the venue had raised well more than their $1,000 goal.

Scenes from the show below: