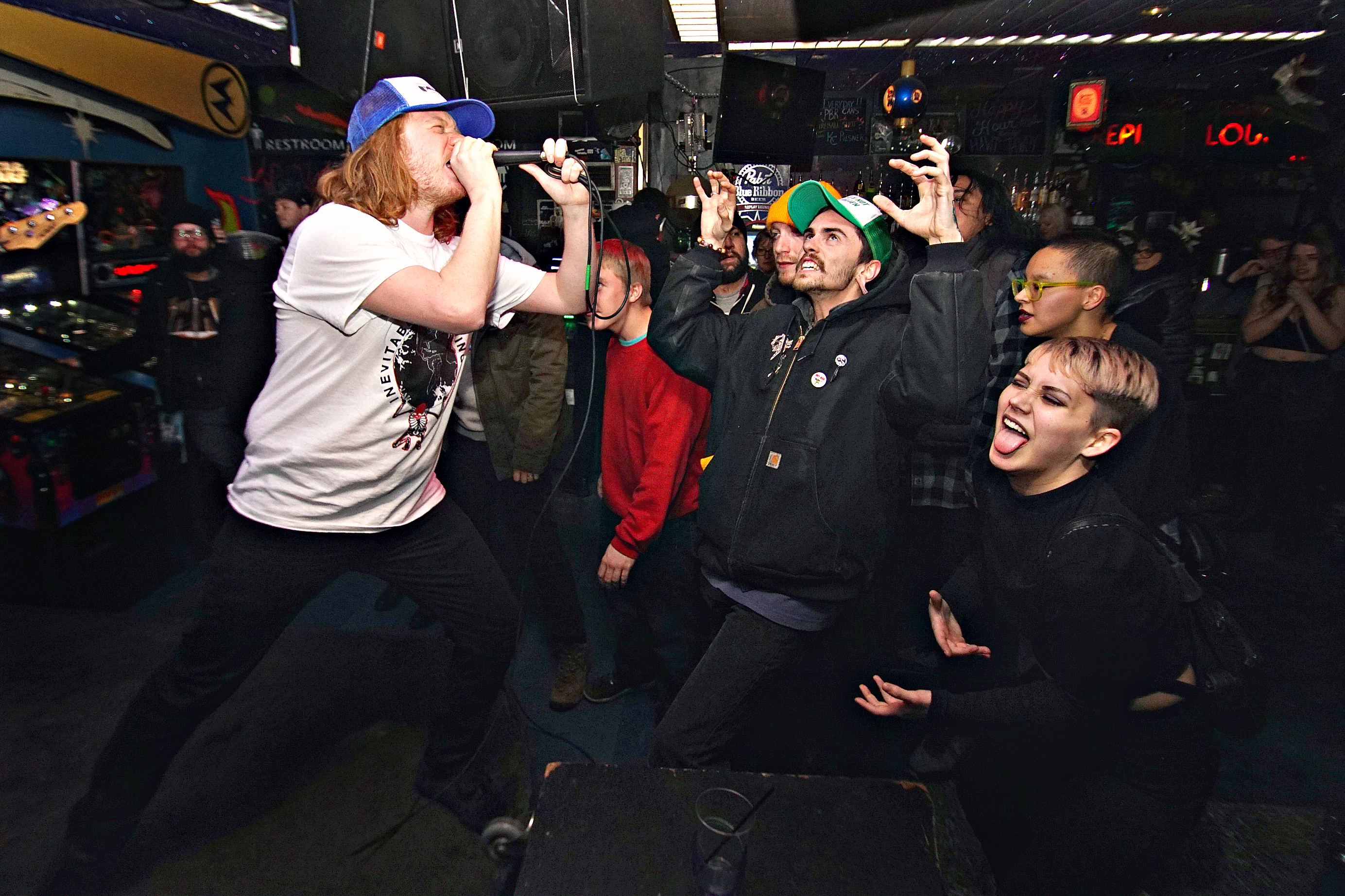 Lawrence doesn’t have dick for hardcore bands, but every now and then we get a few bones tossed our way.

Brain Worms debuted at the Replay on Thursday night for an almighty ten minutes. They’re exactly what you would expect out of a hardcore band… rough as hell and eager to start shit. The scene’s been fiending for a hardcore show, and they didn’t take too kindly to the short set. After hurling their bodies into each other and watching the madman vocalist scale audio gear on the stage, they started chanting “One more song!” to which he scowled back “We don’t have any more songs! Quit fucking yelling at me!”

Brain Worms will likely be heartily welcomed by scenesters as long as they keep providing a place to get out the seasonal aggression. Here’s a sample of what they sounded like: