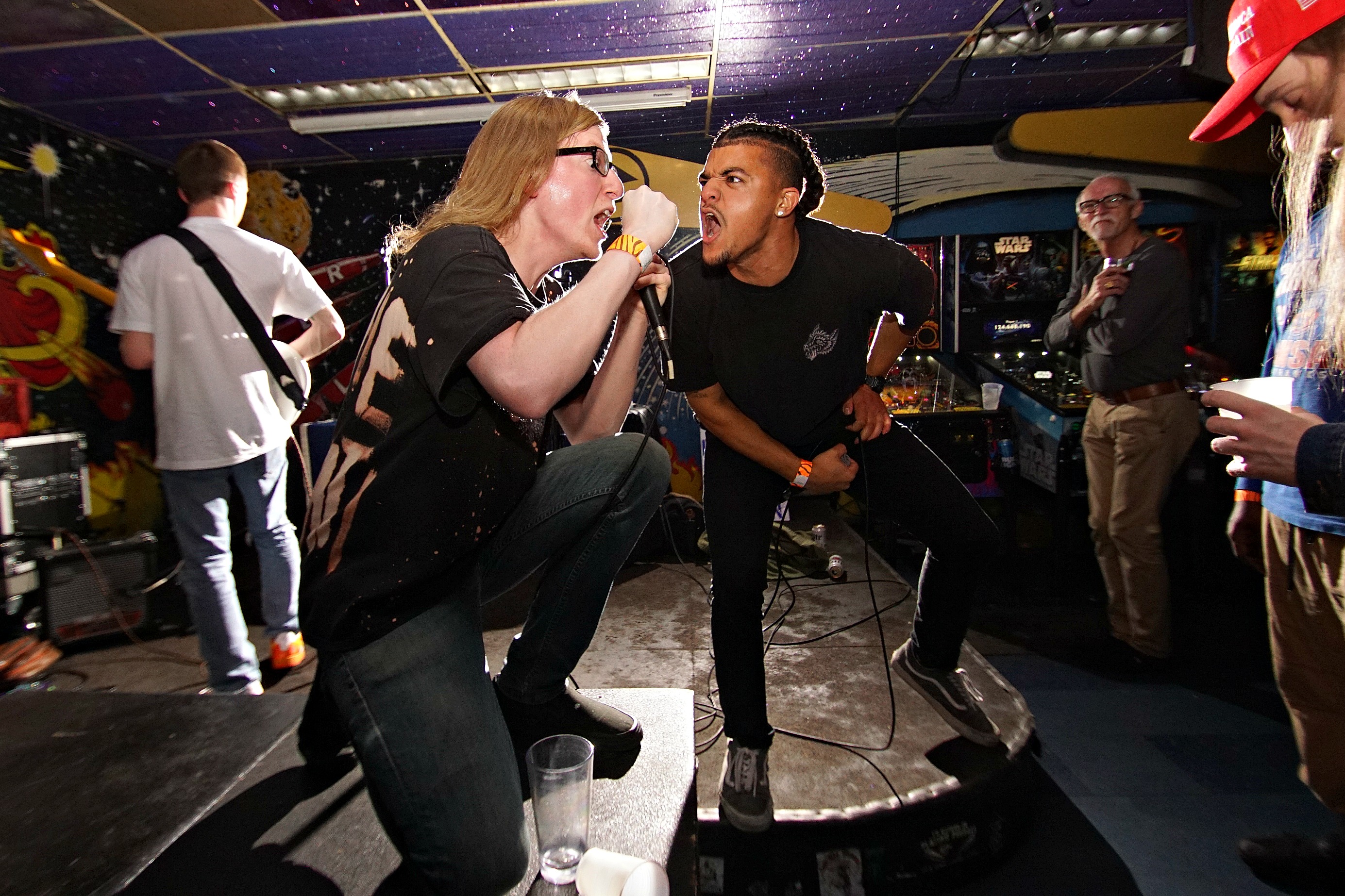 A madcap affair materialized at the Replay Saturday night when an array of acts from Topeka to Kansas City fired up the stage with the kind of wit and skill you rarely see in the local music scene. Micha Anne’s heartfelt solo performance focused on positivity and existing as a trans woman in today’s landscape. The Sluts brought their sturdy and steady rock and roll stuffed with new songs. Young Mvchetes turned the whole place upside-down with their politically charged and socially conscious hip-hop, backed by a DJ and a live guitar. They were also armed with a “Make Racists Afraid Again” sign, a poignant detail considering the MAGA hat-wearing fan in the front row. Wick and the Tricks rounded out the night proving why the Kansas City punks are becoming a Lawrence favorite with their queer-centric thrash-ballads and fiery onstage demeanor. A highlight of the night came when frontman Wick pointed a contraption at the audience, shooting dozens of money bills decorated with his photo into the air, essentially raining down over the crowd.

Songwriters Matinee launches at the Replay