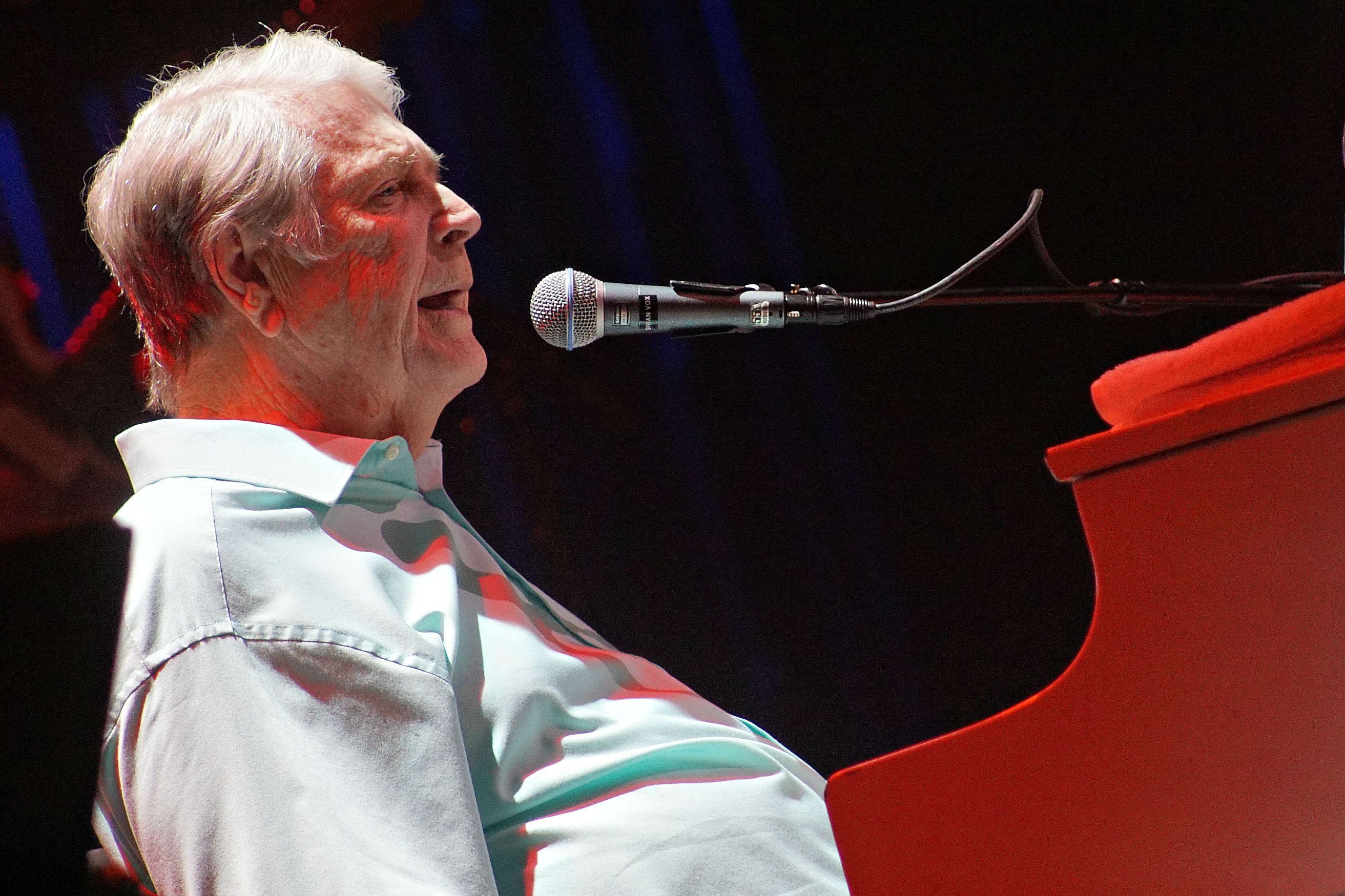 It can either be endearing or heartbreaking to watch your musical icons and heroes as they age. When Brian Wilson played the Kauffman Center in Kansas City on Tuesday night, it was a little bit of both.

Wilson was hardly recognizable as he was physically escorted out to the small white piano onstage. In recent photographs, his hair is brushed back and he’s donning a casual smile. On this night, his gaze was distant and he sat slumped in his seat. Don’t get us wrong, being in the presence of a legend (especially one responsible for some of the greatest pop songs of the Century) is a blessing. But something seemed a little off. At the beginning, he was in the moment, leading the vocals on Beach Boys favorites like “California Girls” and “Get Around.” But by the time Wilson and his many-manned entourage of musicians got to songs off of Pet Sounds, he barley sang and rarely played, resorting to dangling his hands by his side as they hovered above his sneakers. People paid to see Brian Wilson, and they got just about that and little more.

His cool and drained demeanor was, of course, forgivable by the enthusiastic audience. They were happy to clap along while various band members took the lead on most of the songs. Al Jardine and Blondie Chapman were especially lively and knocked it out of the park, with the latter entertaining with impressive guitar solos and a boisterous voice. At one point, the floor of the orchestra pit was shaking because the audience was jittering and dancing in their seats. This was still a joyous affair for them. No one expected a pep in his step, and we’re all quite aware of his long-running experiences with mental health (he gets extra kudos for tackling those stigmas in a very public eye). But overall, this felt less like being entertained by the legendary songwriter, and more like paying your respects… which, in any form, Wilson’s fans are always happy to do.