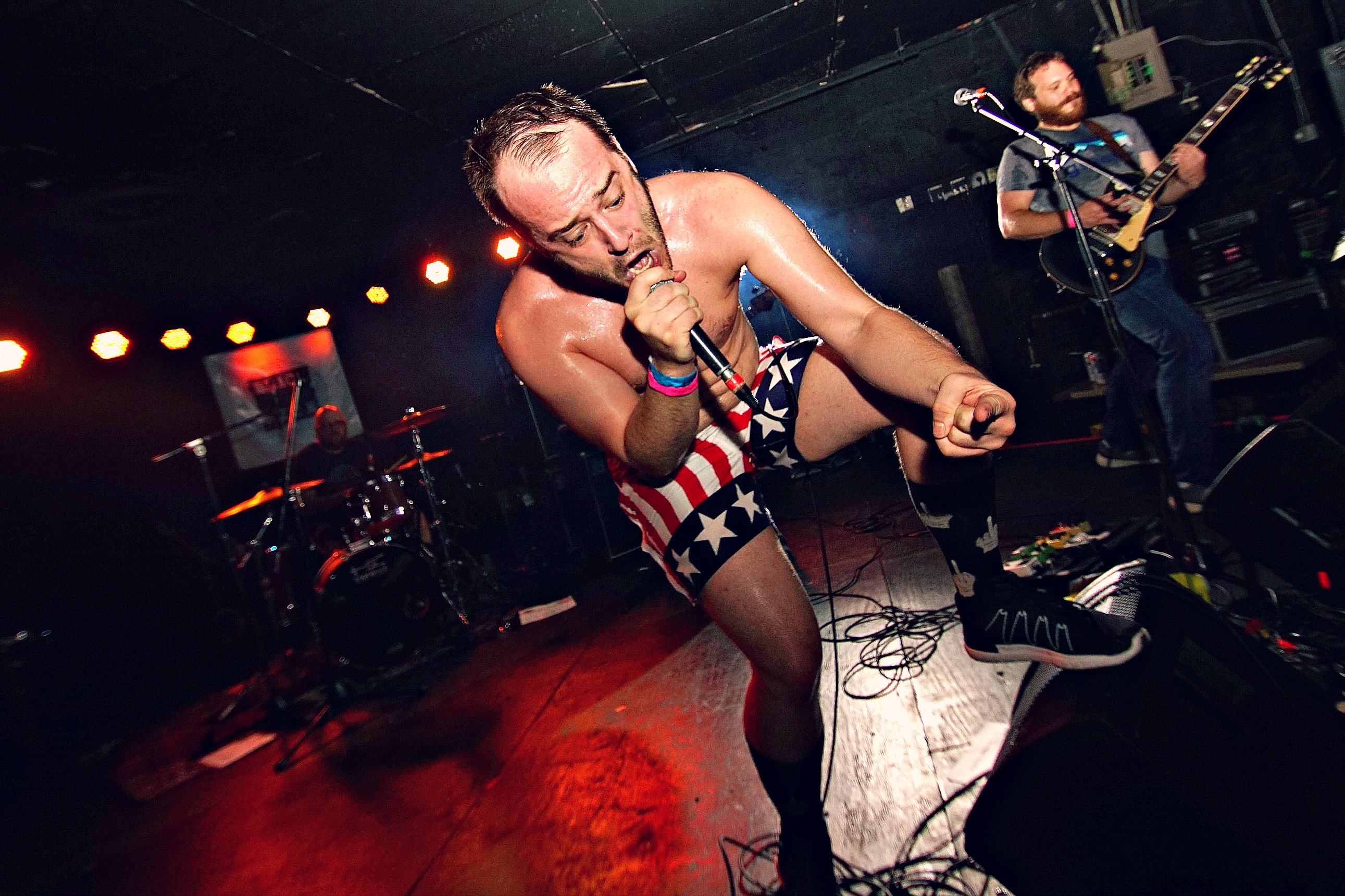 Stiff Middle Fingers are as wild and pissed off as they’ve ever been on American Refuse, which is absolutely no surprise as the political punks address the current climate head-on. This is a band known for their boundless energy, but living in “the darkest timeline” as they say in “Troy Gets The Pizza,” (both the lyric and the title are references to former television series Community, which earn them infinite points) has kept them angrier than ever.

The record is rowdy, features some of their most clever songwriting, and a rapid fire pace (only two tracks cross the two-minute mark) to keep the blood boiling. American Refuse calls it like it sees it, keeping its portrait of the country as harsh as possible. “Everybody Get Down!!” is a tongue-in-cheek track which will start a mosh pit no matter where it’s heard. Travis Arey seethes on “Ad Asstra Per Asspera” with a thumping bass guitar hitting as hard as every word he spits out. The squealing guitar on “Shart Attack” will make you gnash your teeth; “I’m living lean/Hard times all around, but if I lived any lower I’d be on the fucking ground” Arey shouts on “Lipstick on a Pig” (and soon after hollers “I’m so spent/Fuck off, get bent”); the whiplash inducing “Intronaut” bursts into pieces at just the right moment. A brutal, audacious record; Stiff Middle Fingers continue to voice a collective “fuck you” that we should all echo.

What the hell is this thing?