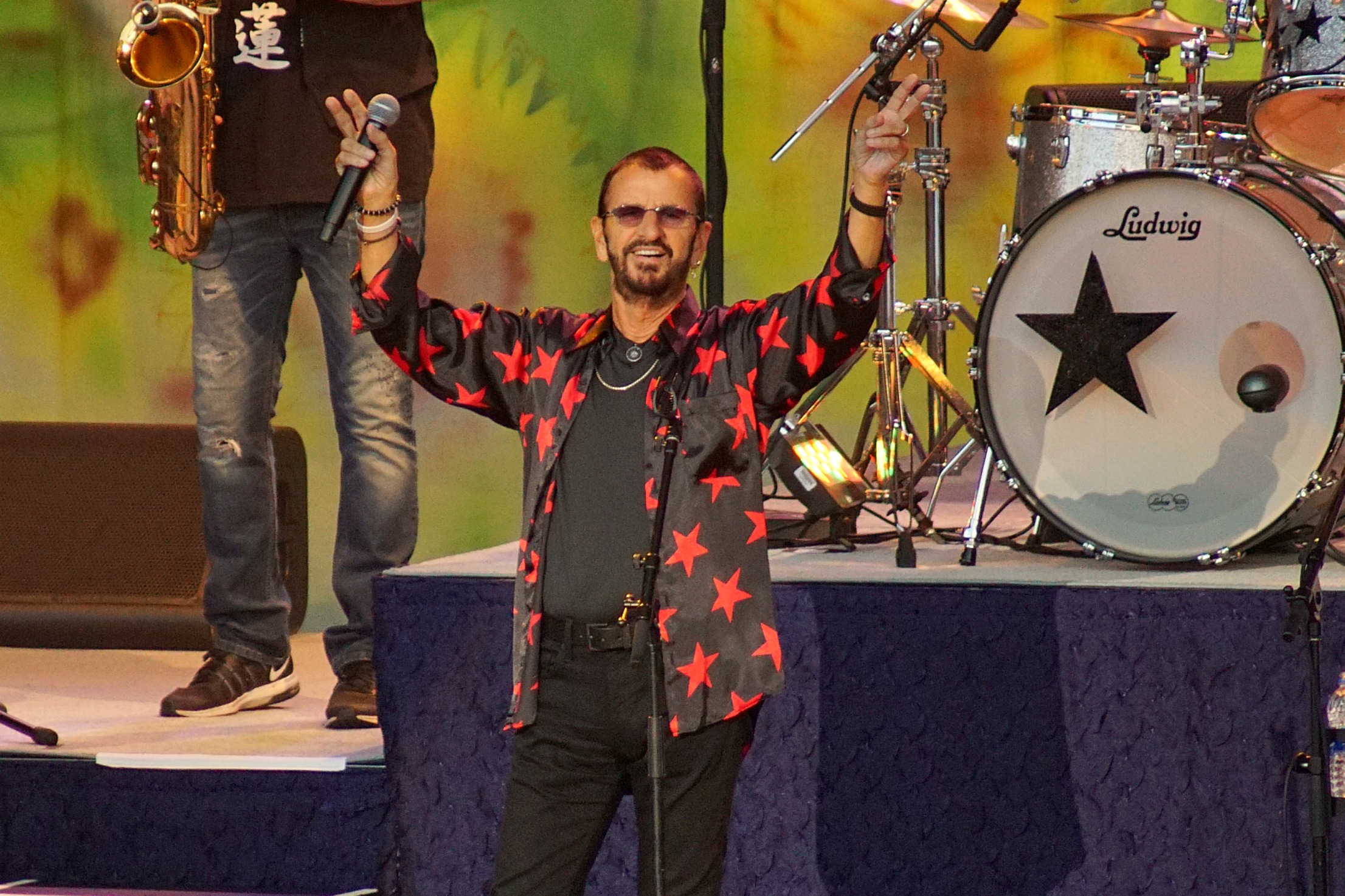 We love a show that gets an audience just giddy. Ringo Starr’s good humor and laid back demeanor were pivotal ingredients for this when he hit up the Starlight on Monday night with his “All Starr Band.”

For those unfamiliar with how this setup works, Ringo Starr’s All Starr Band consists of several other musicians from popular bands. They’ve toured for more than three decades, taking turns at the mic and playing each other’s hits. On this night, the All Starr lineup consisted of Steve Lukather (of Toto), Gregg Rollie (of Santana and Journey), Graham Gouldman (of 10cc), and Colin Hay (of Men At Work). Warren Ham (on saxaphone) and the highly expressive Gregg Bissonette (on drums) rounded out the lineup.

While the night was full of delightful renditions of hits from said musicians– like “Black Magic Woman,” “Rosanna,” and “I’m Not In Love”– Starr would occasionally leave the drums to front his originals (“It Don’t Come Easy,” “Photograph”). There were two drum kits set up, one for Bissonette and one for Starr. Every song was met with a lengthy ending– it was like watching your friends get together and play in their basement, letting each song give way to a breezy jam sesh. Expectedly, it were the Beatles covers that got the relaxed crowd in sensible footwear on their feet (“What Goes On,” “Yellow Submarine”).

Other takeaways from the night: