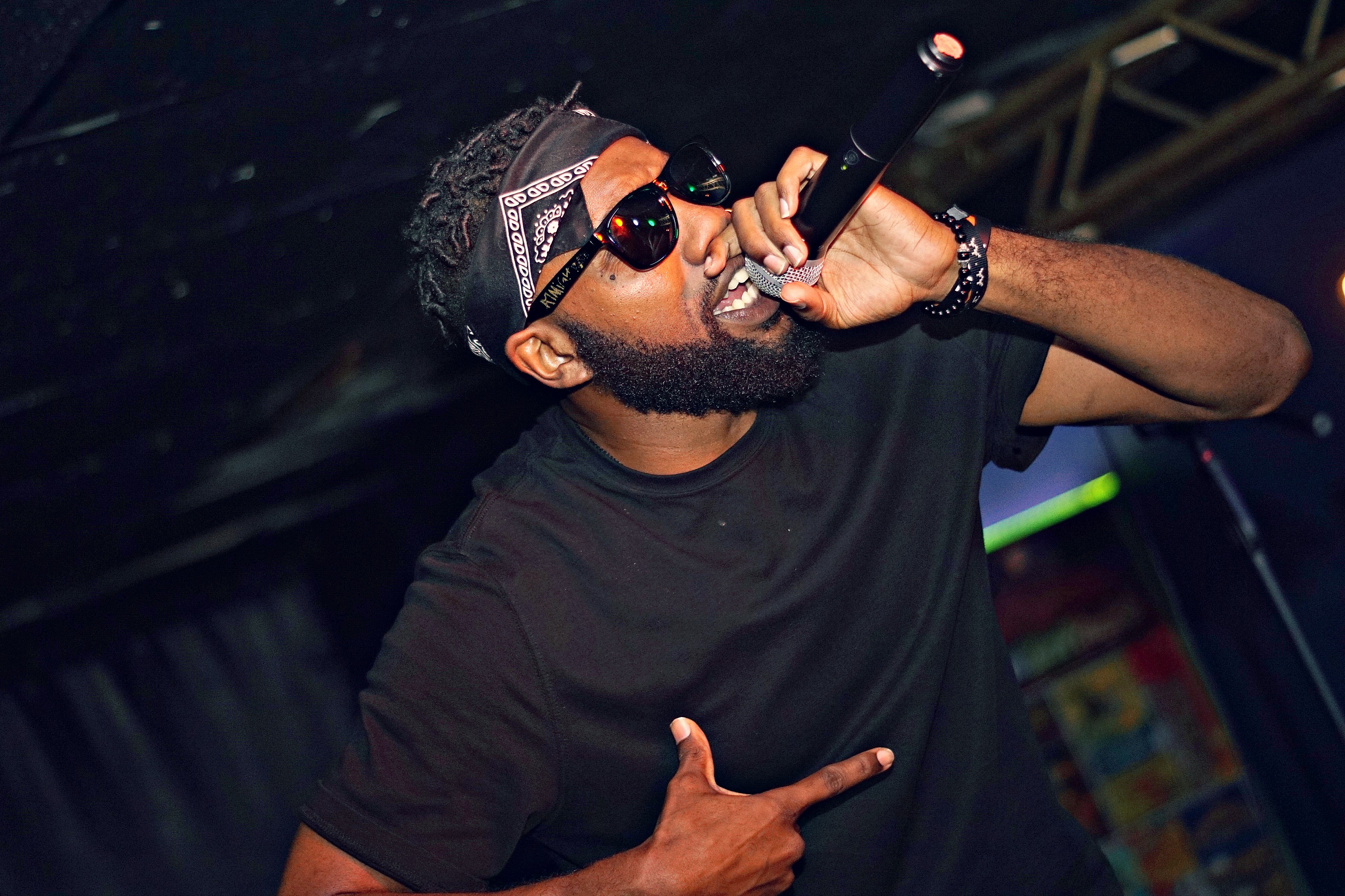 Duncan Burnett can do it all. One moment, the highly accomplished performer is rapping into the mic. The next, he’s plucking away on the bass while soulfully singing the night away. He graced the Jackpot with his talents and bandmates Friday night and, thanks to his positive vibes and lively stage presence, easily won over party-goers as they were filtering away from the free street party down the road. He brought along Ebony Tusks, who had been laying low for a while but obviously have some raw, emotional releases planned in the next few months, and smooth crooner Raymond. Photos from the night below: