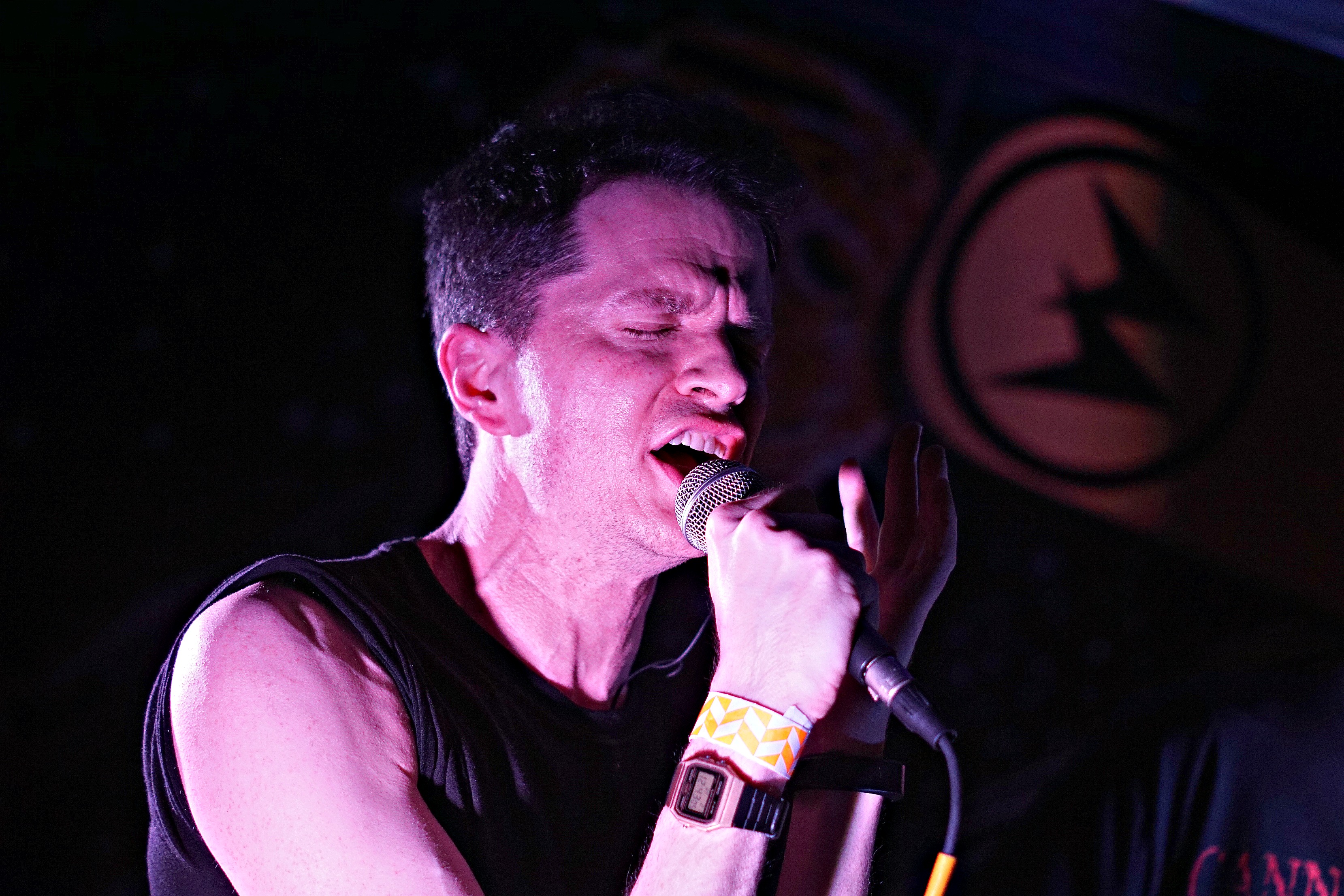 We don’t think anyone will ever be able to capture what it’s like to watch Ed Schrader’s Music Beat in a single article, but we’ll give it a shot. The Baltimore two-piece stopped by the Replay this week for an electric and eccentric act that bordered between avant-garde and saucy. The highly danceable electronic beats went toe-to-toe with Schrader’s sarcastic lounge singer-esque demeanor. His baritone vocals filled us with new wave satisfaction, but his between-song banter was off the charts hilarious, delivered with the speed and jovial tone of Robin Williams. It was like watching Ian Curtis with a sense of humor. The band had a flair for the dramatic, and it paired well with the songs off their recently released Riddles (embedded below for your musical enjoyment).

On this night, they were paired appropriately with Lawrence’s industrial heavy-hitters, Serene Fiend and Candace. The Portland-based trio provided savory indie tunes full of dreamy guitar arrangements and echoing vocals. They were a stark contrast from Ed Schrader’s frenzied, strobe-riddled live show– but their shoegaze hits paired well with the new-wavers for a full dose of gratuitous nostalgia that hit the spot for anyone who felt like they were born in the wrong era. Their album, New Ruins, also just came out this month and is embedded for your listening pleasure as well.

Christ... here's a new JC and the Nuns music video