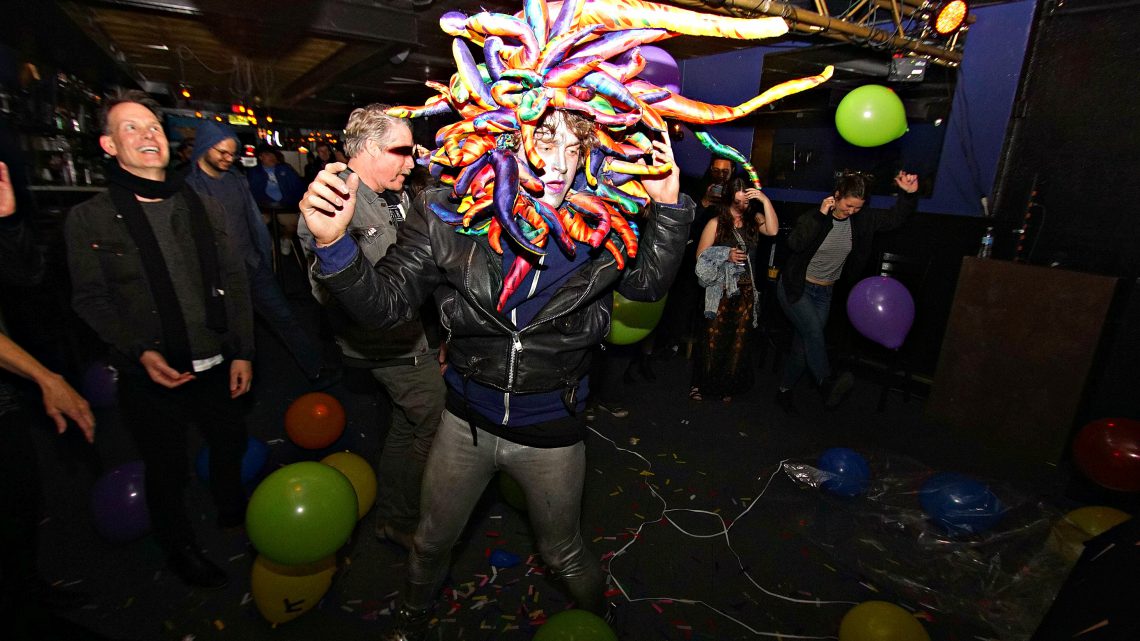 There were a lot of good shows dotting the Downtown Lawrence landscape on Saturday night, but the Jackpot’s was by far the funnest.

A colorful affair erupted when The Gold Web, of Chicago, rolled through the venue (now under new management). Donning costumes reminiscent of “The Mighty Boosh,” the larger-than-life glam rockers doused fans in confetti, balloons, and shenanigans. They came armed with a hype man of grand proportions, who did everything from jumping off the bar to jamming with the audience throughout the night. Drop A Grand, an equally costumed band, opened the night with their hard rock ballads.