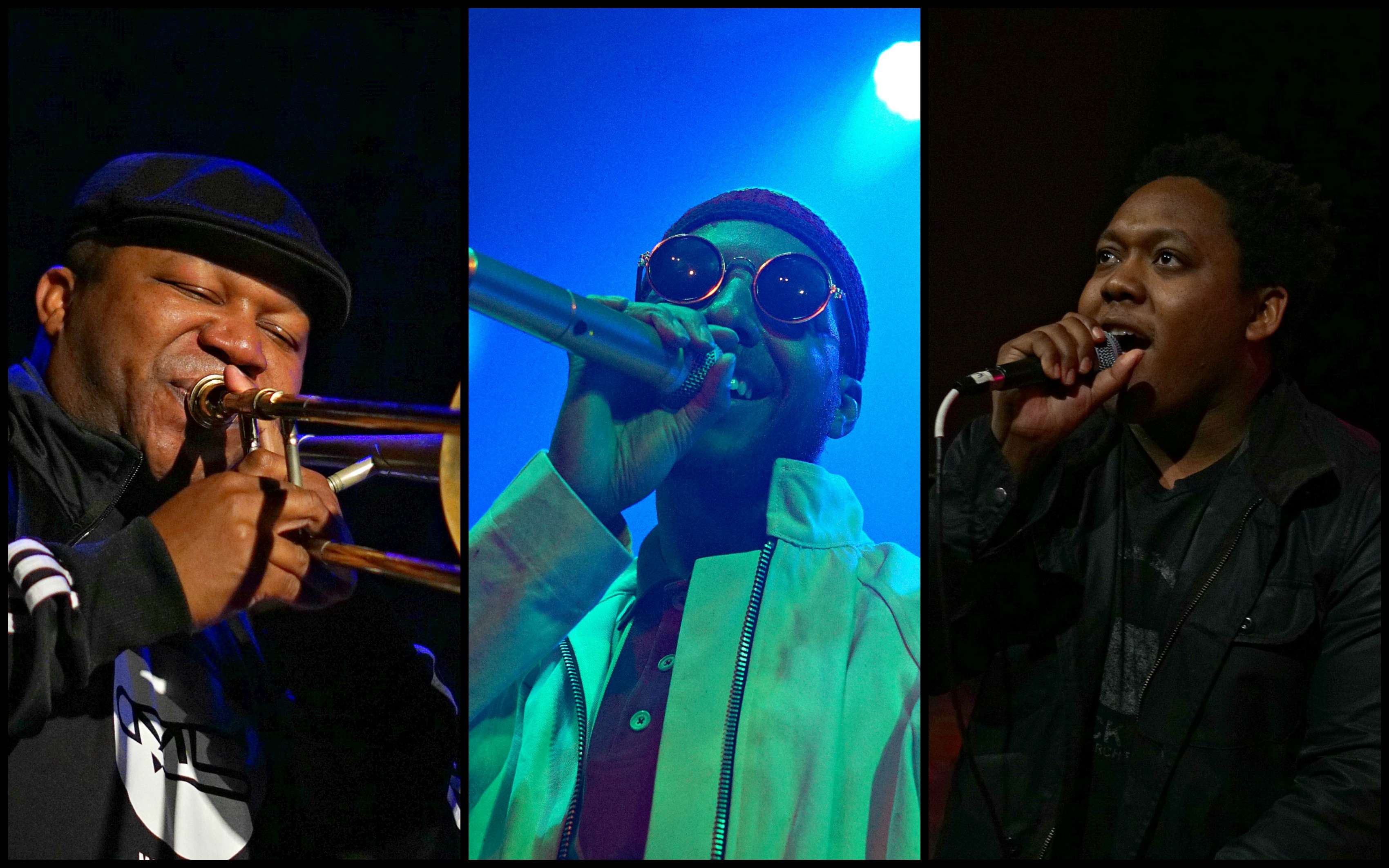 Friday night was a fantastic display in black excellence as music lovers saw generations of culture collide in rhythmic union. Under the direction of Marcus Lewis and his 18-piece band, Brass & Boujee honored jazz and the path it carved for hip-hop by fusing them together. The band performed jazz numbers, but also brought out local rappers Kadesh Flow and Kemet the Phantom for jazz renditions of popular songs, covering anyone from Bruno Mars to Kendrick Lamar (you can watch a video of “Alright,” a highlight of the night, below).

The event was also marked by performances from Cuee, DJ Approach, and a dance party from The Phantastics– but Kadesh Flow was the belle of the ball. Wearings his geekiness on his sleeve, he was introduced with a jazz rendition of the theme from “Zelda,” referenced Anime in his music, and (when he wasn’t rapping) stepped up for trombone solos. There’s nothing that man can’t do. You can follow his Facebook page to keep tabs on his adventures in anime and hip-hop.