“Creating Change:” How Brass & Boujee is bringing Black Excellence to the Granada

“Creating Change:” How Brass & Boujee is bringing Black Excellence to the Granada 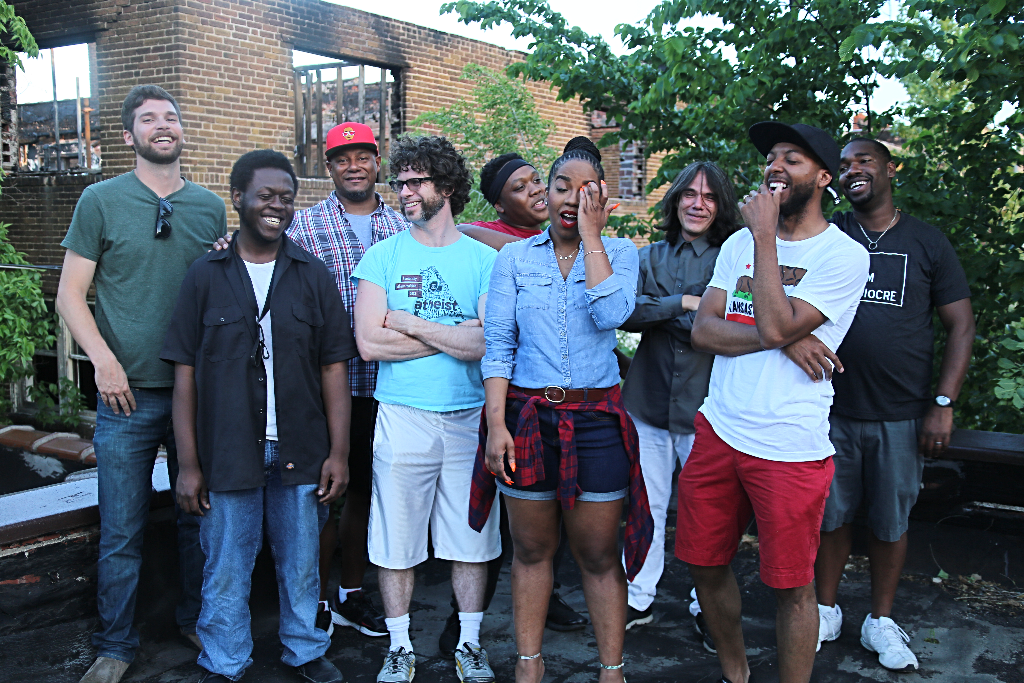 FacebookTweetLinkedInPin
Without jazz, there would be no rap. That’s the firm belief held by one of the more famous faces in the local hip-hop scene, Kemet the Phantom. The vocalist fronting The Phantastics is one of the area ambassadors of funk, hip-hop, and everything in between— and this weekend, Lawrence is getting a chance to share his sentiment when Brass & Boujee kicks off at the Granada. The free show, spearheaded by Clowder‘s Cody Case, is bringing Marcus Lewis and an 18-piece jazz ensemble for a free event showcasing full jazz covers of pop tunes, such as Kendrick Lamar’s “Alright,” and big band arrangements of songs by local rappers. If the stage wasn’t crowded enough already, The Phantastics, Cuee, Kadesh Flow, and DJ Approach will also be making appearances.

The exciting aspect of this show happens when hip-hop and jazz collide, and that’s just fine by Kemet. “In my mind, there is no difference between rap music, hip-hop culture, and Jazz. They are the same,” he says, declaring that this type of thinking can save each genre, as rap is accused of not being musical enough, while jazz is perceived as a dead genre. “Brass & Boujee is a direct response to these dismissive waves of perception. It is a recognition that there is no difference between what can be Jazz and what can be rap. Ask Kendrick Lamar, Kamasi Washington, Robert Glasper, and all those blurring that line about what I’m saying.”

Kemet also notes that both jazz and rap are the result of the struggle of Black people in this country. “They quickly became vessels to expose, rectify, and emote the racial civil disparities which were the direct results of slavery,” he says. “In New York City, when schools stopped funding music programs, the youth turned to these old records and flipped them to create something new.” Kemet would know, as he’s dived into several genres and musical explorations throughout Kansas City and Lawrence. When he’s fronting the Phantastics, he’s soulful and crooning, but can also start rapping and dancing in an instant, as though he were flipping a switch. When he’s not jamming with Kadesh Flow (also making an appearance at Brass & Boujee) or with The Phantastics, the Kansas City native (Kemet grew up on 75th and Troost) says he’s running with the urbanist niche he’s slowly etched out for himself, tackling gentrification and street widths in songs like “City Lights.” “There are not many rappers today talking about urbanism in the academic sense, yet making it palatable and danceable,” he admits. “I will continue to use my solo music to create change in Kansas City’s urban, civic, and civil landscape.”

That kind of civic duty-via-the-stage is what keeps Kemet the Phantom relentlessly busy in live music. With Brass & Boujee falling near the end of Black History Month, Kemet is seeing the event as an opportunity to build social consciousness. “It reminds us that we shouldn’t just stop at celebrating the contributions of Blacks for one month. We are deeply appreciative of the nod, but the reality is that Black people built this country. On the backs of Blacks, the United States became the superpower it is via free slave labor,” he discloses. “They are still trying to do the same thing with mass incarceration, where literally one-third of Black men are in prisons— private ones where they are working for free. Is that the way we should treat the descendants of those who we completely dismantled as a people?” Kemet also says that most American artworks are from those same people. “This event will do its part to make Black excellence American excellence by showcasing the best that we as a people and, hell, we as a country have to offer.”

That type of excellence in music is exciting to watch on the national level right now— Kemet says he loves seeing the younger crop of rappers and producers, like Migos, charting a new path for the culture while reflecting their own reality into their music. “Hip-hop is bending toward its roots in ways most people don’t realize. I see the spirit of jazz in the lifeblood of rap music’s latest hits,” he says. “Hip-hop, to a lot of purists, is becoming overly commercialized and simplified. But let’s not forget that same simplification and distillation is the very reason why hip-hop culture is so powerful. It’s liberating. If you fake who you are, people see right through it. So what’s exciting about hip-hop is exactly why Brass & Boujee and The Phantastics are so exciting. We are celebrating the diversity of our differences and embracing them in new, uncharted ways and are able to share them to the entire globe via the internet. What power we as musicians and fans of good music posses.”

You can see the brotherhood of jazz and hip-hop this Friday at Brass & Boujee for free with Kemet the Phantom, Kadesh Flow, Cuee, The Phantastics, Marcus Lewis, and an 18-piece brass band.