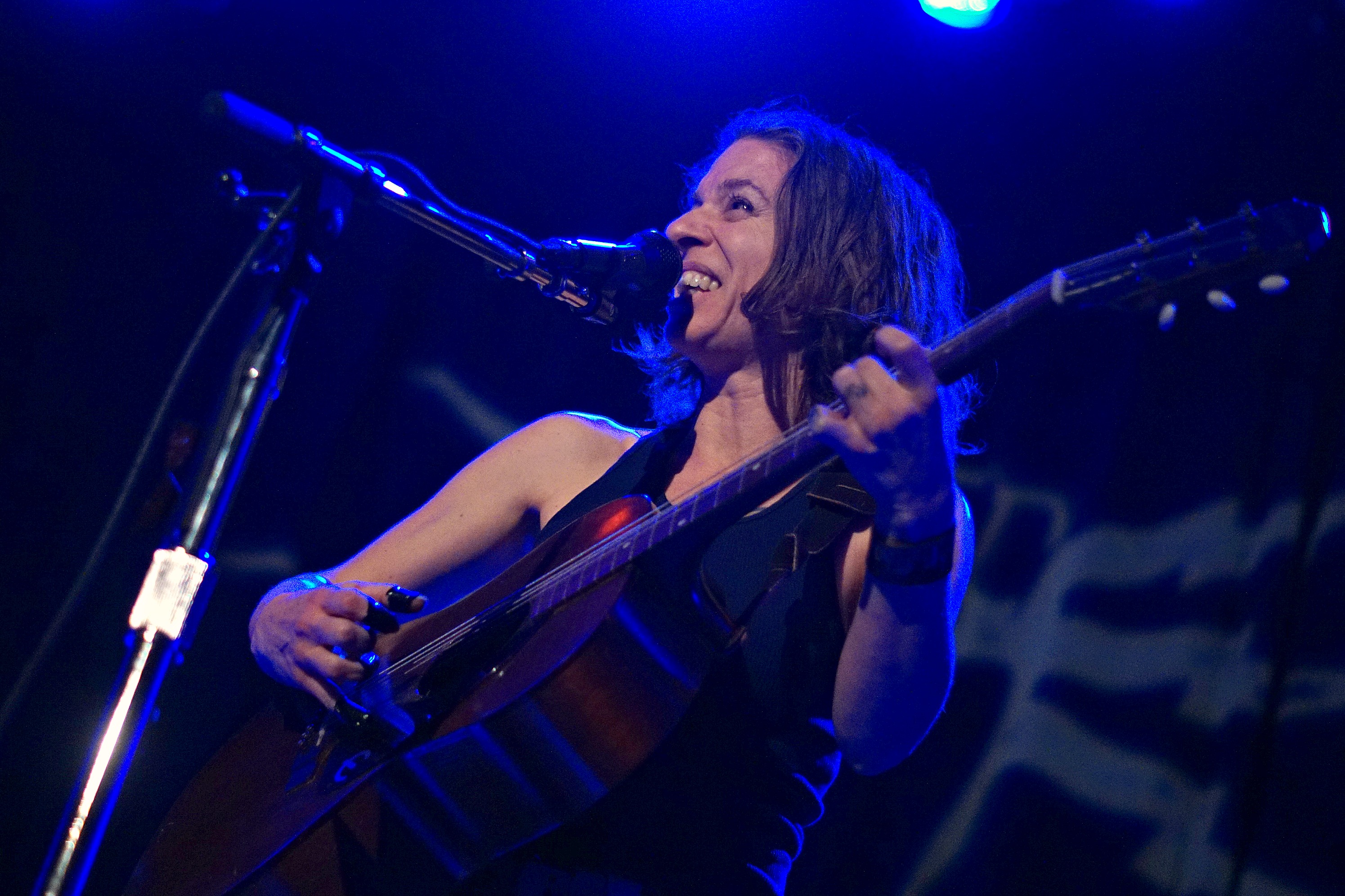 In a time full of hopelessness and despair, Ani DiFranco sees an opportunity to rise up. When the legendary and rebellious folk singer stopped by the Madrid in Kansas City on Tuesday night, she arrived on a mission armed with little more than her guitar and inspiring words.

At her first gig of 2018, she was touring to support her recently released Binary. The longstanding political activist kicked off her show with a representative from Emily’s List, a political action committee that works to elect women into office. The Madrid was full of agreeable agreeable women (and a few enlightened men), and they were all ears.

The night was also a tour kickoff for Gracie and Rachel. The chamber pop duo brought dramatic violin and piano arrangements to help set the mood. They thrilled with an acapella number full of harmonizing (and attitude), and the audience was drawn to their moody, confrontational, and poetic sound. They would later make a few more appearances throughout the night.

DiFranco was full of personality and charmed the pants off her doting fans. She was chatty prior to every single song. “I should be home doing homework with a fifth grader,” the mother of two joked at the beginning of the show. She rewarded the fans who toughed out the dangerous roads left by a treacherous ice storm earlier in the day by taking them right back to their righteous youth. She delved into countless songs from the early 90’s, including “As Is,” “Names and Dates and Times,” and “To The Teeth.” That last one is important, as it was dedicated to the victims of the school shooting at Marjory Stoneman Douglas High School in Parkland, Florida. Onstage, she admitted that she debated bringing it up, but eventually referred to the students’ activism to demand anti-gun legislation. She declared “We need to get behind them, they’re doing a great job. This is it. It stops here.” The lyrics for “To The Teeth” rang so true when she sang “Schoolkids keep trying to teach us what guns are all about. Confuse liberty with weaponry, and watch your kids act it out.”

But she didn’t stop there. After a brief appearance from Gracie and Rachel for “All This,” she blessed the crowd with a poem dedicated to the students in Parkland, Florida. You can watch a grainy video of this poem below:

Gracie and Rachel returned for the end of the set to flesh out songs off Binary, including the title track and “Deferred Gratification.” She encored with the anthemic sing-along “Which Side Are You On?,” a barn burner preceding the all-time fan favorite “32 Flavors.”

We’re at a moment in our history where it sometimes can feel easier to lie down and pull the covers back over our heads, but seasoned activist DiFranco sees momentum in the movement. She had the ACLU on hand at the show collecting signatures while she preached exciting opportunities to change the tide in 2018. In a time where what we need to combat violence and oppression is action, an Ani DiFranco appearance is more necessary than ever.

By the way, here’s that link to Emily’s list again.

"Creating Change:" How Brass & Boujee is bringing Black Excellence to the Granada