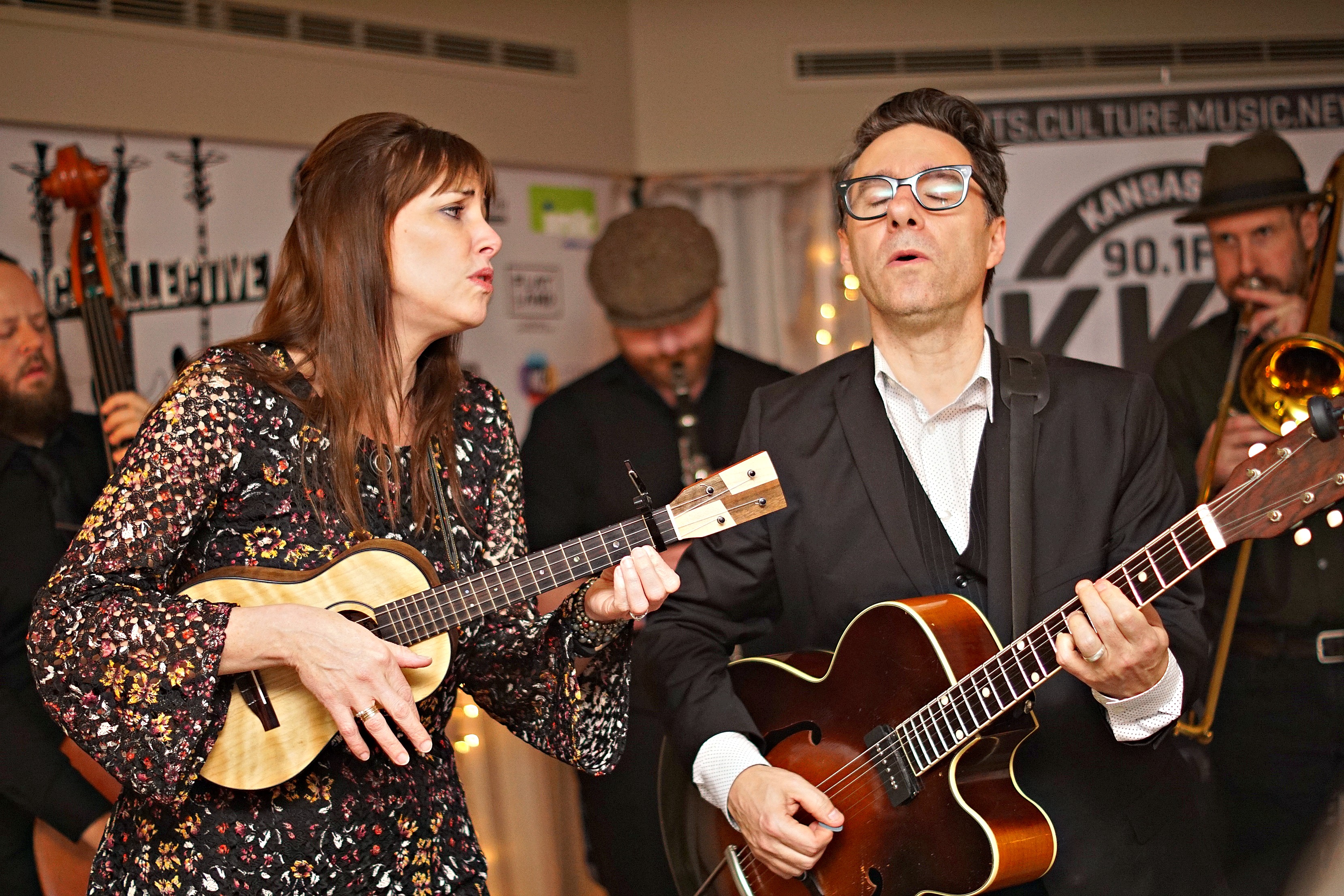 This week folk musicians from across the globe flew into Kansas City to share their musical talents on the unlikeliest of stages. Folk Alliance International kicked off at the Westin, showcasing musicians on large stages and inside small hotel rooms. While it’s a treat to see what the world has to offer in this genre, it’s always the locals that catch our eye. Highlights from Thursday’s performances include: