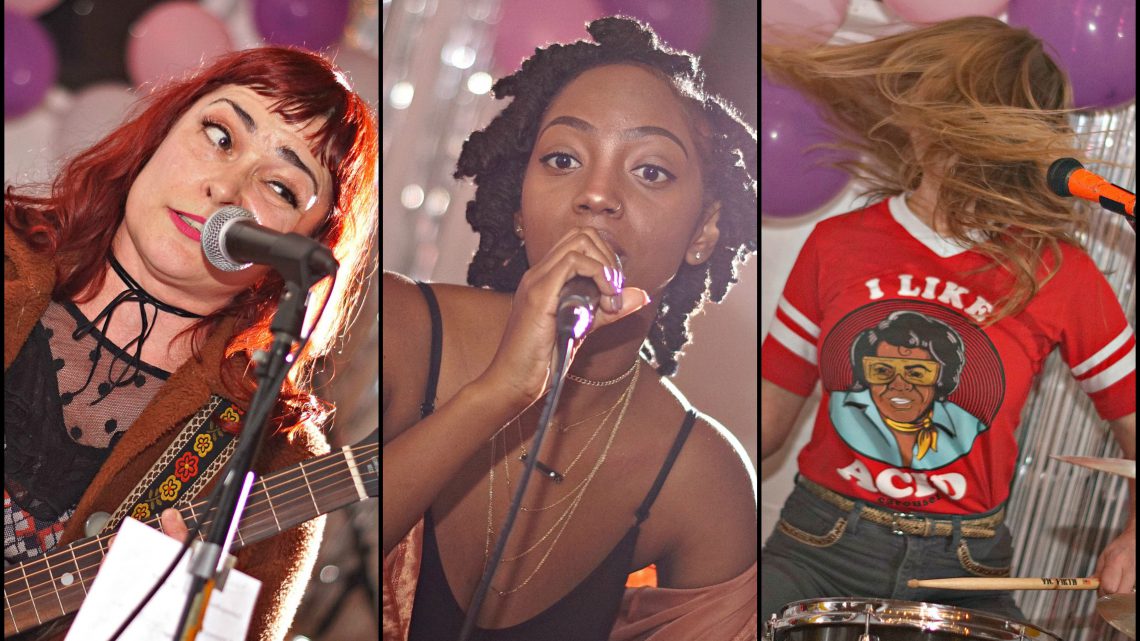 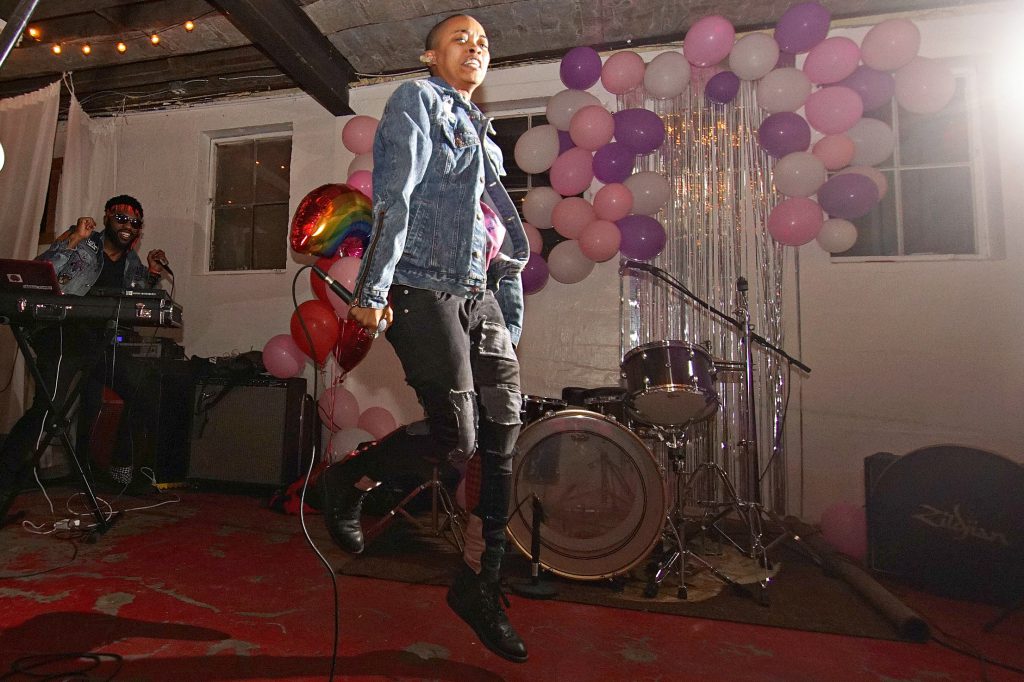 Though it was past the holiday, the love was still strong for Valentine’s Femme Fest at White Schoolhouse over the weekend. The women were THERE FOR IT as a hefty lineup of rockers, rappers, and crooners serenaded the party-heavy crowd. There was plenty of pink, glitz, and glamour to be had– and the night progressed so quickly it hardly felt like time had passed as the local and touring acts hammered out their sets one right after another. Life Coach, La Guerre, and Shady Bug provided sweet indie vibes throughout the night– and Tammy Sunshine (a solo set from frequent LFK friends Dressy Bessy), Khrystal., and Yanna were all one-woman acts who easily worked the crowd into a frenzy. Psych-rockers Pearl Earl ended the night with some headbanging love and an over-the-top jovial finesse. It’s worth noting what a joy it was to watch Kansas City’s Yanna, as her feet hardly ever touched the ground and she kept the party vibe high as fuck. We’re fidgeting and counting the days until she brings that SUPA FLOWA energy back to Lawrence.