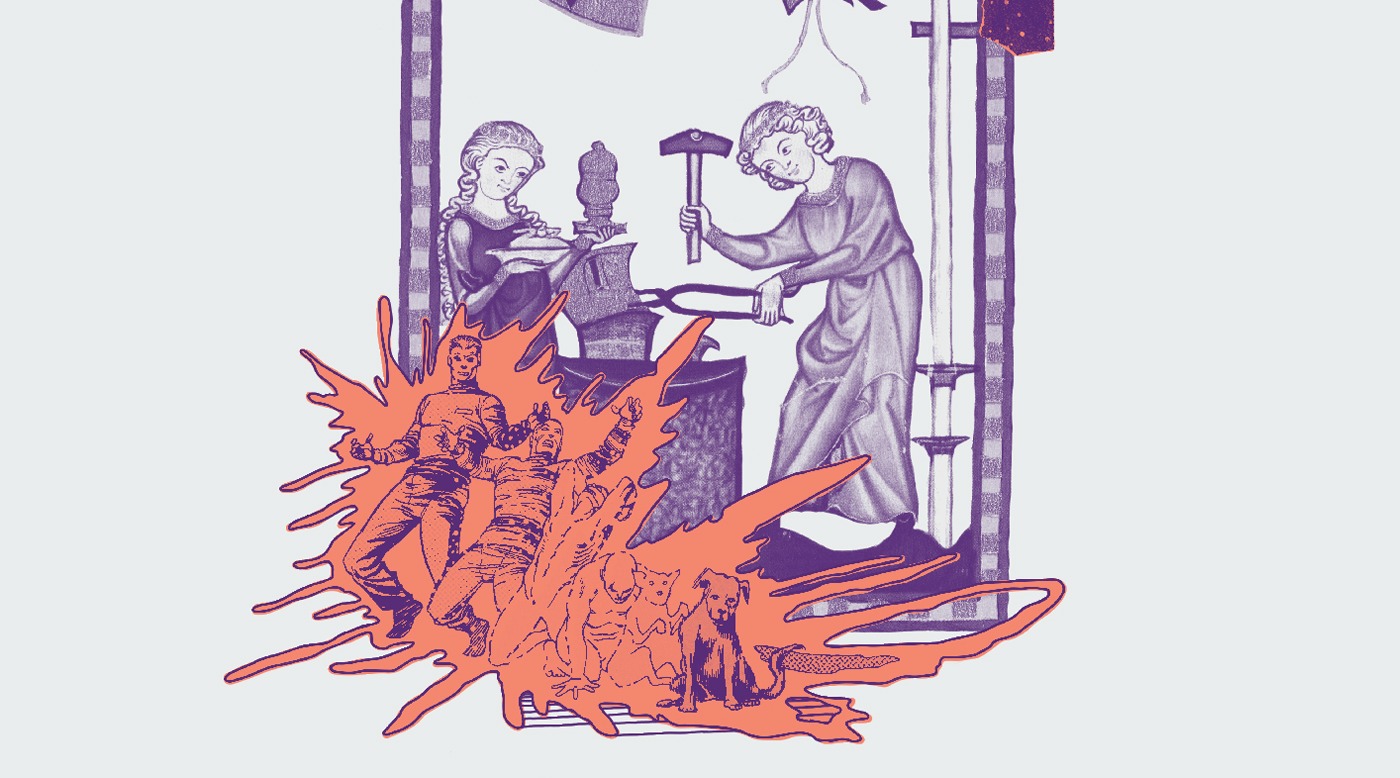 It was a shock to my system discovering the last review I wrote for CS Luxem was four and a half years ago. Our paths have crossed many times since, in one city or another, but only once on this very website. So I found myself looking back to those old days and reminiscing. Facilitating this journey through the past are the bookends for his new full length record Symptoms: “Goat Ghost” and “Feed The Dogs” also appeared on his 2013 release June Igloo. Here we find them reworked and developed from years of work; more fleshed out and reflecting the maturity of the artist. But what hasn’t changed is the heart and soul of Chris Luxem and over the course of twelve tracks, that trait is the only thing that doesn’t shift shape and sound on Symptoms.

The instant catchiness of “Let Me Go On” & “Tornado” would put them right at home in a radio rotation (maybe not the latter with the lyrics “I fucked up my life looking for my time,” but that’s neither here nor there). There’s the retro melancholy of “Space” and the vocal explosion it leads to before the track peacefully floats back to Earth. Luxem’s howls kick and strut with the guitar on drums on “Heal Support.” The energy is bursting at the seams on Symptoms and we get a brief moment to catch our breath with “Hot Corn Girl,” which takes on a new-wavey/dream pop sound; the guitar is mesmerizing.

But then again, don’t ever expect Luxem to stick around in one sound for too long; there’s the catchy madness of “Where Are You Going” to fit between the pop “Tornado” and the lounge singer croon on the title track. And then there’s the familiar guitar of “Feed The Dogs” (formerly titled “With The Dogs” on June Igloo) to close the excellent album out. Symptoms is at once incredibly eclectic, but at the same time distinctly CS Luxem. It epitomizes his art and what makes him a renaissance musician. He can throw as many curveballs as he likes and they will always hit their mark.

Editor’s note: This is the 40th Release on the Whatever Forever label, but the first one on vinyl. You can catch CS Luxem at his Bottleneck release show on Saturday with Kawehi and Hush Machine.  To commemorate the occasion, here’s a music video produced by Midwest Coast’s Cody Boston and Mason Kilpatrick.