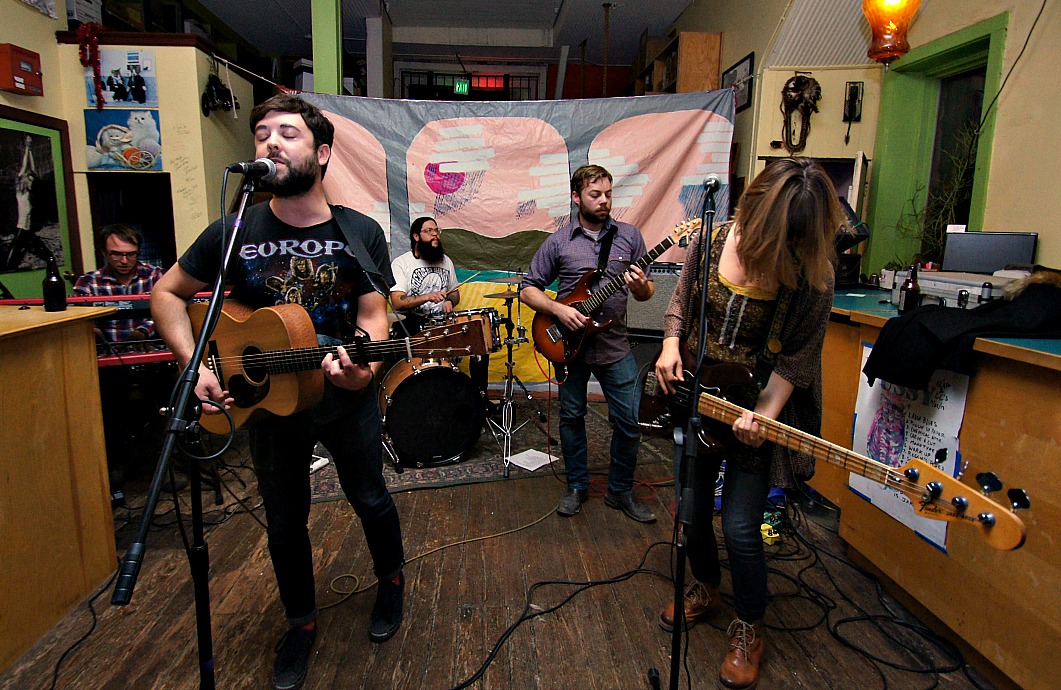 FacebookTweetLinkedInPin
Colin Halliburton has always been good at toeing the line. As the main man behind The Roseline, he’s managed to toe the line between country and indie folk. Offstage, he toes the line in different social circles… all while never belonging to any specific group. This kind of presence in Lawrence has allowed him a unique approach to his songwriting in his hometown. “I grapple with that sense of home,” Halliburton admits. “I think i’m so far removed from any scene politics or bureaucracy that that doesn’t really affect me.” In a sense, The Roseline has become likable by a wide variety of people. “I feel like we’re getting closer to the aging townie troubadour cliche,” he jokes. “I’m right between young and cool and hip, and old and lame. I’m in no man’s land.”

This week, he’s taking his agreeable demeanor to Folk Alliance. The international festival takes place over several days in Kansas City, marking the days with conference-like settings while the nights are reserved for wild folk parties scattered across every hotel room over a handful of floors. It’s a wild ride, and not uncommon to see national greats like William Elliott Whitmore playing to a handful of people in a room that was hastily converted into a stage. This is Halliburton’s third year attending the conference. “I think just the concept of private showcases is something you have to see to believe,” he says of the nighttime hotel room performances. “It literally is three floors of a nice hotel that’s completely overtaken with shows in every single room and people from all over the world, and it’s pretty insane.”

Last year, Halliburton shared a stage with Kansas City musicians Jessica Paige and even Woody Guthrie’s grandson. This year, he’ll be performing in several showcases, including the Lost Cowgirl Records Room and with the KC Music Collective. In recent years, the conference has addressed a more political tone in folk music— several musicians have successfully used the genre as a political platform. “I think it’s hard for the political climate to not seep into anyone’s songwriting at this point,” says Halliburton, who hasn’t ever really gotten political in his music, until now. “I just wrote my first remotely political song in a long time. It was sort of inspired by visiting the Holocaust Museum in Germany, and it was on the site of a concentration camp. Just kind of paralleling that with white nationalists suddenly having a platform, and it’s 2018, and it’s fucking crazy that that’s even a possibility.”

In this tough climate, focusing on his work in music is how Halliburton plans to connect with his audience. “It kind of quells some existential void in me,” Halliburton says. “The few shows that are really good where you feel like you’re connecting people and maybe they’re like having a moment with the lyrics or the mood, that’s where it becomes communicative in some way. That’s the coolest part about playing music, you feel a little less alone.”