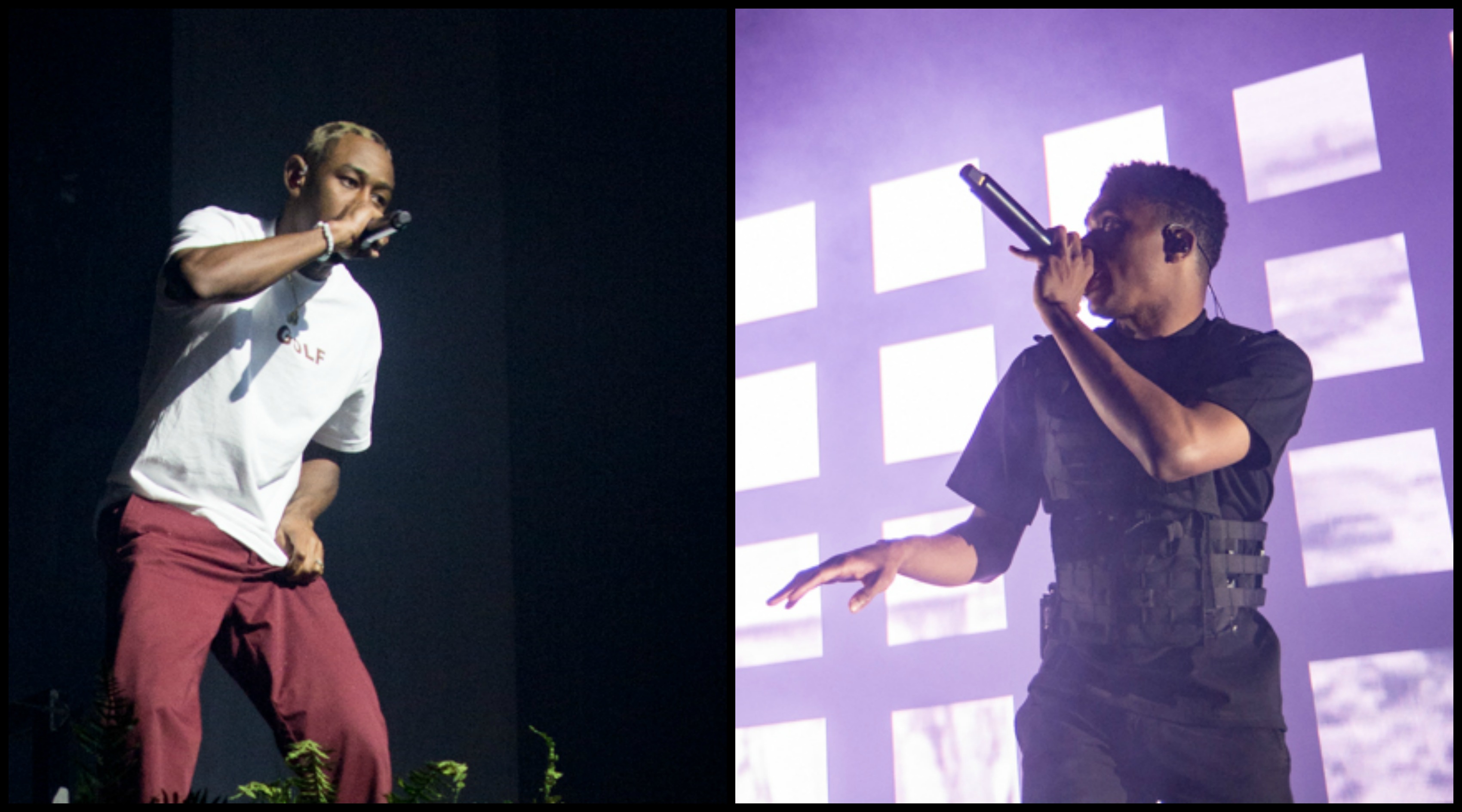 Wednesday night was a bright spot in what’s been a dim, dismal winter. Tyler The Creator– aggressive rapper, fashion mogul, and overgrown kid– stopped in at the Midland in Kansas City halfway through his North American tour supporting his most recent album, Flower Boy. A staple of the Summer music festivals, Tyler’s show was a respite from the cold.

DJ Taco warmed the crowd up, figuratively and literally, with club hits and mixes that got everyone’s blood pumping. Shortly after the DJ’s exit, a set of screens spanning the entire stage began a huge countdown, and anticipation pushed to a boiling point as Vince Staples took the stage. Staple’s set had a post-apocalyptic vibe with news clips on the screens behind him declaring solar flares destroying the entire Eastern seaboard and a flack jacket to protect. His set was intense and dramatic, maybe a grown-up version of the high waisted jeans, braided leather belt, hipster Vince that some may have encountered.

Tyler opened his set bathed in light at the top of what appeared to be a huge tree trunk that had fallen over. The set was like something from a stage production of “A Midsummer Night’s Dream,” with a warm neon light show, and leaves and flora scattered throughout. Tyler, known for his fashion antics as much as his aggro, angry rap, bounced and tumbled from one side of the stage to the other, a cartoon character befitting his surreal stage design. “It’s really cold here…,” Tyler complained at one point. “We wear shorts in Cali all the time, this is fucked up.” But the crowd was fooled and for a moment, we all felt like Summer was just around the corner.