More Than Myself: How Cuee, Lawrence’s fastest-growing rapper, realized her role as a Lawrencian

More Than Myself: How Cuee, Lawrence’s fastest-growing rapper, realized her role as a Lawrencian 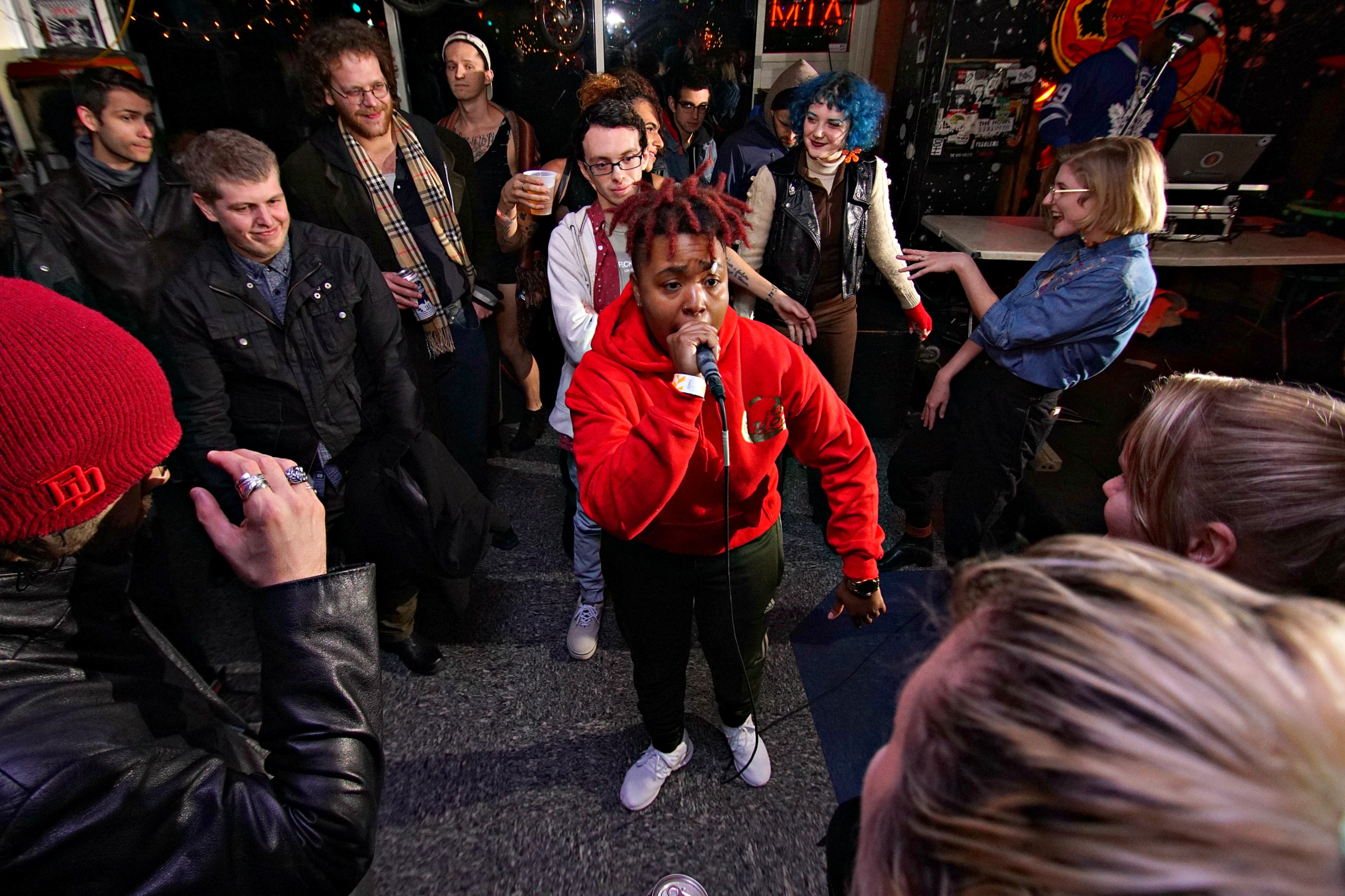 Facebook0Tweet0LinkedIn0Pin0
Sometimes we can’t help but wonder if Cuee and Lawrence were destined to align. Lawrence’s hip-hop scene has always been a fantastic station where artistry runs wild, but there was an empty spot in the puzzle waiting to connect the KU music community and the Lawrence music community. This is where Cuee became the piece of that puzzle.

The 25 year-old Chicago native was in her second year of grad school when she, like most grad students, grew stressed and needed an outlet. “I petitioned to take this course called ‘The Business of Music,’” she recalls. “This course taught me a lot of basics about the music industry and the people in it, and I knew I wanted to be a part of that.” It wasn’t long before her parents gifted her a keyboard, prompting her to release “Crazy Vibe,” and then hit the open mic nights in town.

Cuee then accomplished something most music acts take months (sometimes, years) to attain. She became an icon locals could immediately connect themselves to. They see a little bit of themselves in her music, and that made her completely relatable. This is perhaps why, even on a weekday, her fans show up in droves. “My fans are genuine. Very fun and supportive. They always show love, whether I’m on stage or out on Mass. I think they find me accessible,” she says. “I believe a big part of hip-hop is having a message that dances with the beat, that rocks a crowd. It’s important for an audience to relate to music on multiple levels—and I feel like my music does just that, especially with songs like ‘Honey,’ ‘Long Day,’ and ‘Blah Blah Blah.’ There is a message— clear or not— but it doesn’t stop anyone from vining and dancing along.” “Honey” is a track that became the unofficial queer anthem of LFK. She teamed up with good friend and fellow musician Micha Anne to record the track, and the fans fawned all over it. Hip-hop has always been about addressing your community and tackling controversial topics— and Cuee has done that on a local level. “You hear how artists feel bout the community, what’s happening in the community. I’m telling you what I see here, what we do, and how we live,” she says. “Chance the Rapper won’t rap about Brownback, but I will.”

That local level is proving itself more important than ever to Cuee. While she may have had big city dreams in the past, her focus right now is on her current location. “One of my goals for 2018 is to continue being onstage. That’s my space. I really want to dive into the Lawrence community and live life as a Lawrencian,” Cuee says, admitting that she’s been attentive to feedback from her community before releasing her next project. “It’s my purpose. It’s important to realize your purpose and what you can bring to the world or community. My dreams will feed more than myself.”

You can see what Cuee offers to the community when she plays a free show this Saturday at the Bottleneck (Micha Anne will also make an appearance during Cuee’s set). The event is all ages, and open to the public. She’ll be joined by a diverse lineup, including Vibralux, Drugs & Attics, Eems, and Oxford Remedy.