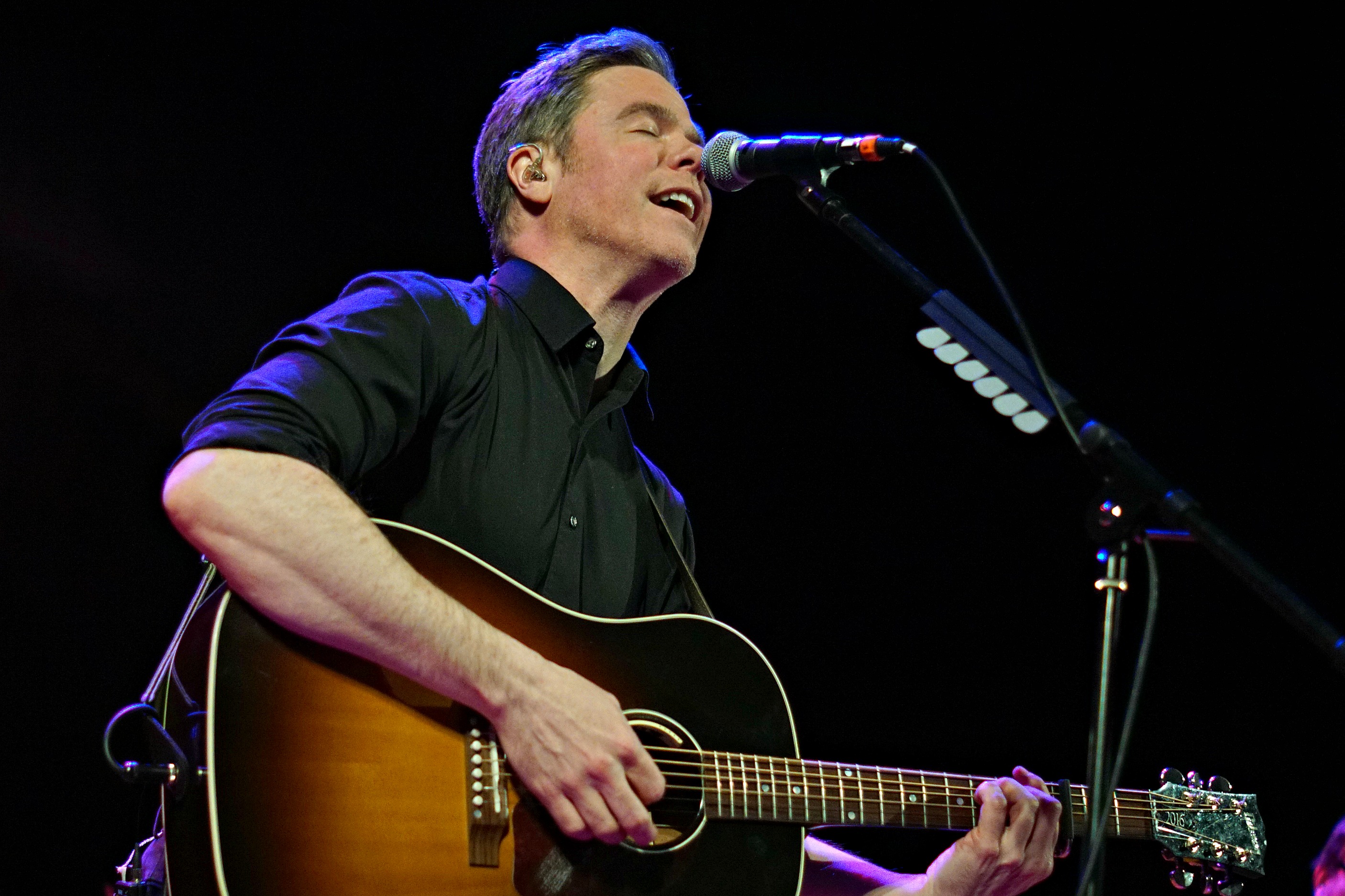 Lawrence holds a special place in Josh Ritter’s heart. This is why, on Tuesday night, he stormed the stage in full force with a roaring rendition of an anthem he wrote regarding our darling little community. The adoration is reciprocated in full, as the venue was packed on both levels with doting fans. “Oh thank you for coming here!” one woman shouted a few songs into Ritter’s set. The audience, comprised of longtime fans from across the folk singer’s lengthy career, was absolutely giddy.

It was hard not to feel a little buzz from the energy in the air that night. It felt like everyone was in a good mood. Ritter was so full of spunk, despite this stop coming after a series of lengthy tours that began last year and rarely stopped for breaks. The momentum was high, as Ritter barreled through close to two-dozen songs while his album art (Ritter is also a notorious painter) stood tall behind him. Because of his lengthy nine-album repertoire, he threw it back to the old days and performed some songs solo. But, for the most part, he partied onstage with the Royal City Band– a name for his bandmates pulled from the song “Thin Blue Flame.” It felt like Gathering, the album Ritter was touring on which was just released in September, was written with the Royal City Band in mind– and it showed. The Americana group fleshed out Ritter’s usual narratives with lush guitar arrangements, strong percussion, and whizzing organs. When the moment called for it, you could feel the ground shaking because everyone was stomping along.

Local darling Matt Pryor opened up the night with a more stripped-down version of his music than what most Lawrencians are used to seeing. Though he’s no stranger to the Liberty Hall stage due to his numerous appearances with The Get Up Kids, this may have been one of the only times (if not the only time) he appeared on it solo. The crowd remained captivated by his crooning and emotional lyrics. At one point, an audience member yelled “Where are you from?” and he responded “Just down the street!” This is true, as he is a well-known East Lawrencian. “I walked here with my guitar, it’s been the best day!”