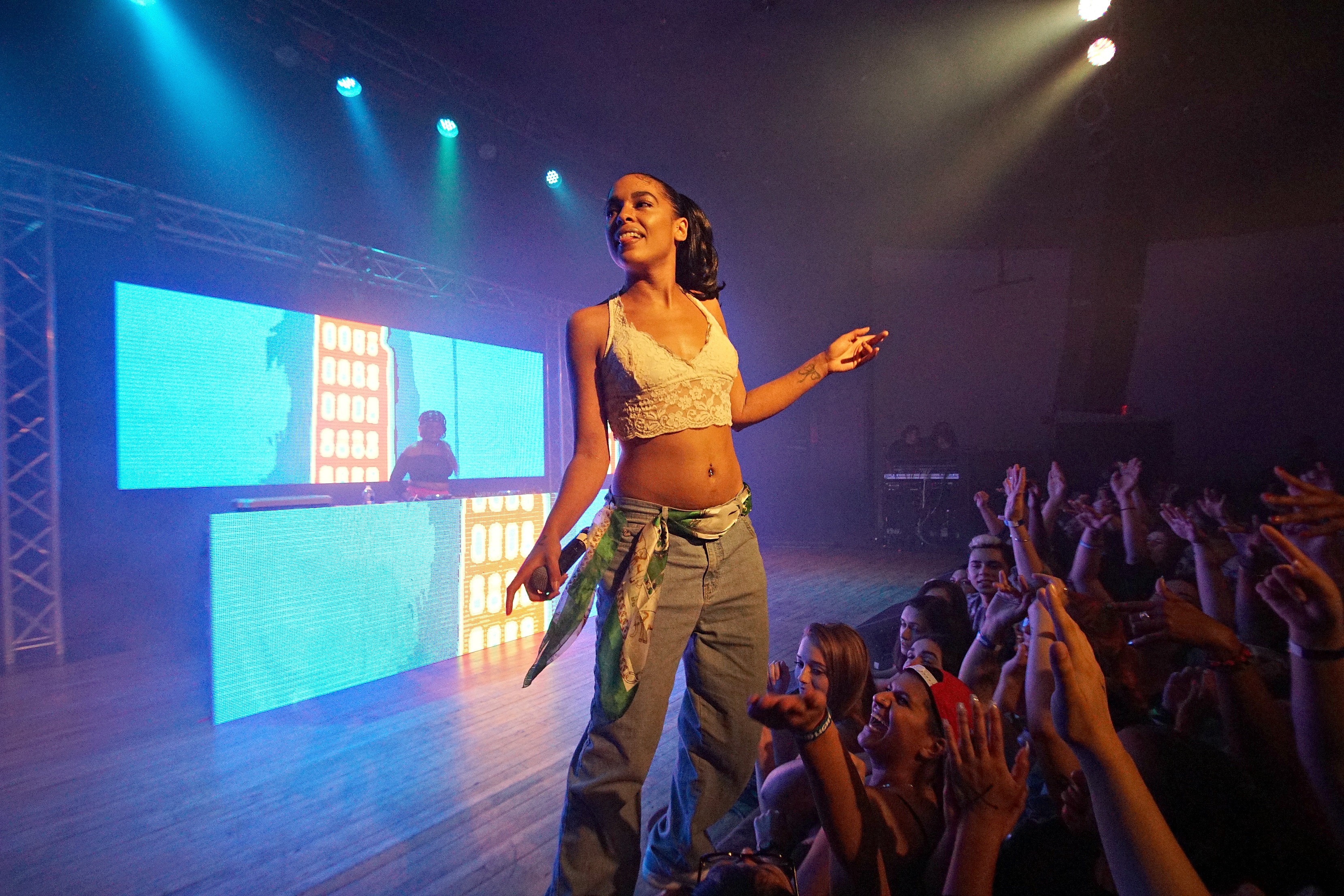 Fellas, you’re going to want to take a step back. Actually, make it about 30 steps back. This one was for the ladies, the queers, the femmes, the POC.

Thursday night belonged to the ladies, and Princess Nokia made sure of that. The Afro-Puerto-Rican hip-hop star, who shot to fame thanks to her brazen and unapologetic femme-fueled rhymes, stormed the Granada stage with her anthem “Tomboy” before laying down the rules. Men had to stand back and make way for the women. Additionally, she demanded everyone’s attention, saying “Let me speak” and explained the safe space rules of the show, which including taking care of our trans peers. Once the law of the land had been explained, and women were at the front, she jumped onto them and crowd surfed.

Honestly, you couldn’t so much as blink at Princess Nokia’s show. You would’ve missed something absolutely insane. She rode an inflatable pizza (the partiest food of them all!), she lotioned up between songs and ranted about eczema, and when she didn’t have the music for “Goth Kid,” she went at it acapella. For all the unique moments that made up the show, that acapella rendition was absolutely the most mesmerizing and entrancing part, establishing a direct connection with the audience deeper than when she sprawled her body across their eager, x-marked hands. “Where the Freshman at?” she asked the KU student-heavy crowd. A few cheered, and she responded with a sinister look “Good, we can sacrifice y’all first.”

This is a woman who got right up in everybody’s faces. She touched every single person who reached out for her love (both physically and metaphorically). The rapper with goth in her heart kept flashing that cheesy and charismatic grin while dancing, making her appear like the most relatable person in the world even though you knew she was on another level.

It’s clear now: the future of hip hop belongs to women. Voices like Cardi B and Princess Nokia are dominating on a national level, while here at home we’ve got Cuee and Stitch81Classic (don’t forget the classic) running the show. Even Uniiqu3, Princess Nokia’s DJ and opening act, shared this sentiment when, during her absolutely stunning set, she announced “There are a lot of female DJs in the world right now and they don’t get recognition, especially black girls… I had to let these dudes know there ain’t no bitches like me.”

There aren’t. But with acts like Princess Nokia and Uniiqu3 taking over the scene, hopefully we’ll see more.

Junior Brown was the very definition of cool this weekend