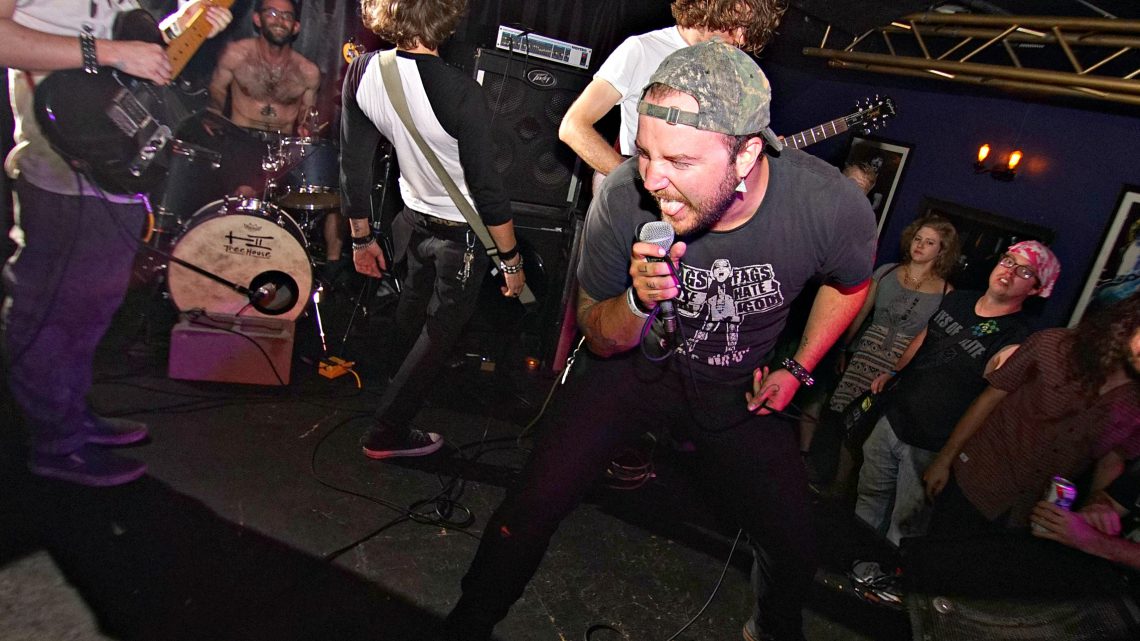 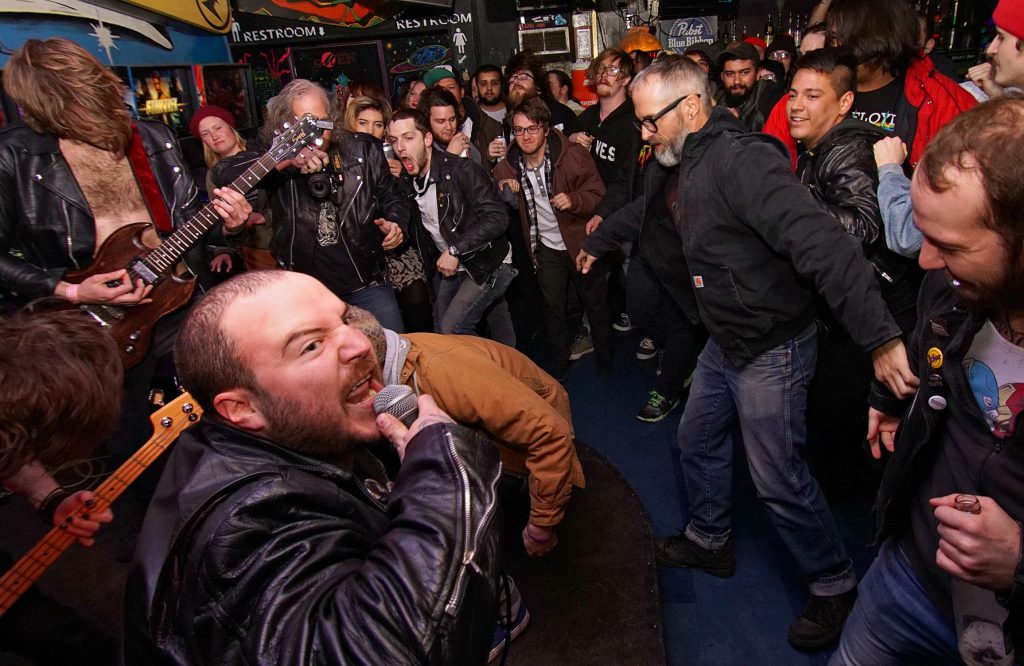 Sometimes it feels like if you blink, you might miss them. The rowdy rockers in Nancy Boys tend to play very quick, 15-minute sets… but it’ll be the most turbulent 15 minutes of your weekend. As soon as they fire up their now famously and furiously loud sets, the bodies start crashing in a sea of noise. When they open for Sheer Mag at the Bottleneck on Monday, it’ll likely be no different.

The band is less than a year old, though members say it was really two years in the making after the main instigator, Jesse Dickerhoof, started piquing his bandmates’ interests in hardcore. “I didn’t know what I was getting into,” jokes guitarist Eddie Reed. “Jesse showed me the way, a lot of cool stuff I would’ve never checked out.” Soon after, Dickerhoof saw an opportunity to bring hardcore back into the Lawrence musical landscape. “When I first moved here, Lawrence had an incredibly good punk scene, and then everybody moved away to Kansas City and beyond,” says Dickerhoof. “I wanted to be a part of that. After our friends in Young Bull started that band, they revived a metal vibe, and I wanted to do that in Lawrence. There’s not a lot of hardcore here.” 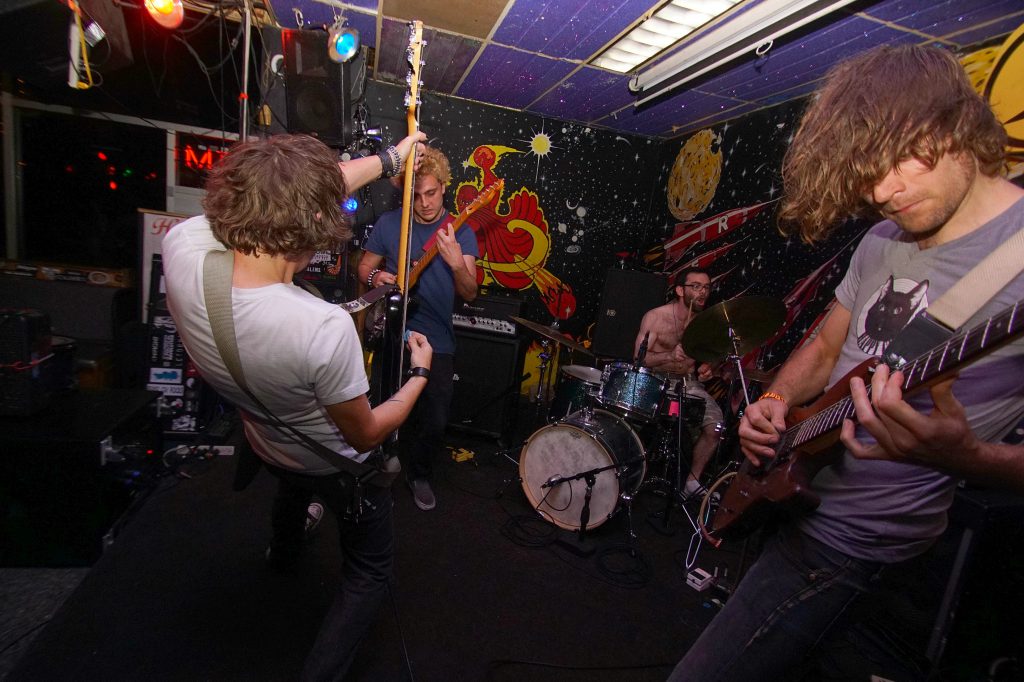 Dickerhoof and co note house shows and DIY venues have been key for their particular scene. “All ages shows are what keeps punk rock alive,” he says. “I saw my first show at a basement, and it was great, it was wild. Then bands come through town where all these kids can’t get in and it’s kind of a bummer because they’re the ones that want to see the band more.” Dickerhoof thinks it’ll take more people contributing to a scene they care about to keep the vibe going. “People are starting to do shit out of the White Schoolhouse, that’s a cool new venue. I would like to see more bands that are branching out from what the bands seem to gravitate towards, like the psych or garage sound, which is cool, but for the last few years it’s dominated Lawrence.” Drummer Myles O’Donnell agrees that the Lawrence rock scene can too often get pigeon-holed into one genre. “It’s almost harder nowadays in 2017 compared to ten years ago,” O’Donnell admits. “There’s so many niche genres, that it feels like people are all spread out more. You get people loyal to a certain scene, but not going in between.” 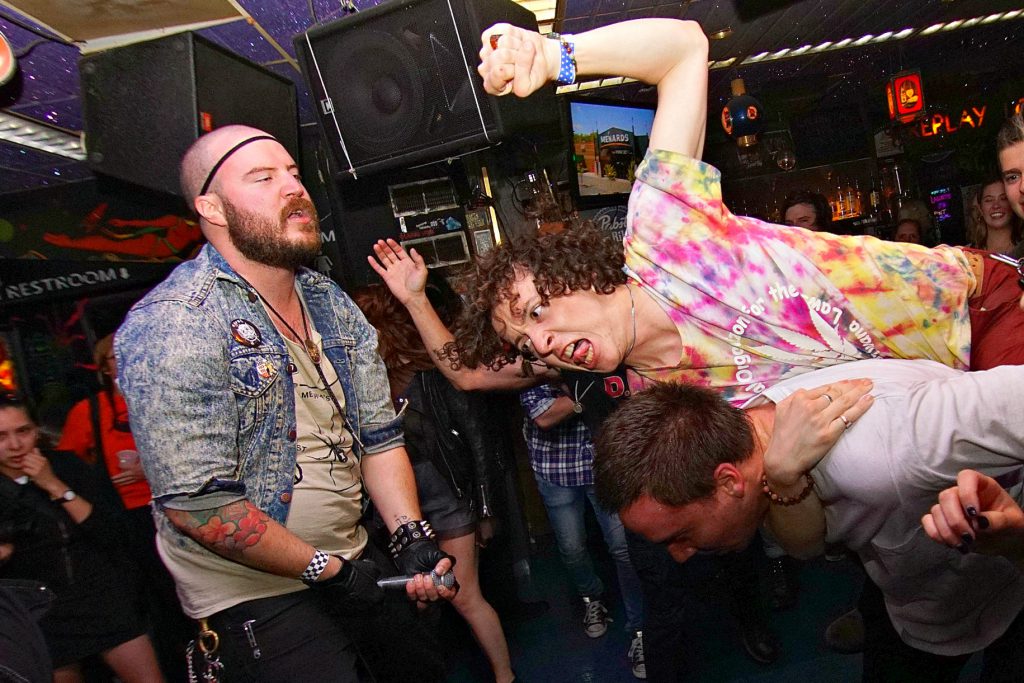 But when the Spring rolled around, Nancy Boys debuted to a hearty audience saturated with angst over the current political climate, and they took to the band’s aggressive sound quicker than a fist to a Nazi’s face. “Our songs lyrically aren’t even political, we just like to voice our disapproval of them [white supremacists],” Dickerhoof admits. “People hopefully know that we are anti-fascist and anti-racist, and they can be themselves at our show. We want people to know what we stand for.”

Now that Nancy Boys have settled into the scene and are becoming a familiar name, they don’t see any signs of slowing their rambunctious roll anytime soon. “It’s like contributing to something greater. Our music is just in a pool of other great bands. If you go down to Love Garden, the tape section, it’s all local Kansas City and Lawrence metal and punk. I love seeing our tape in that mix with all that other stuff,” he says. “It’s about keeping our scene alive, our style of music alive that we’re into. I feel like it started out as something fun, and now… damn, dude, I really like being a musician, playing shows, and getting raucous with my friends.”

You can get raucous with Nancy Boys when they open for Sheer Mag on Monday, September 18, at the Bottleneck.