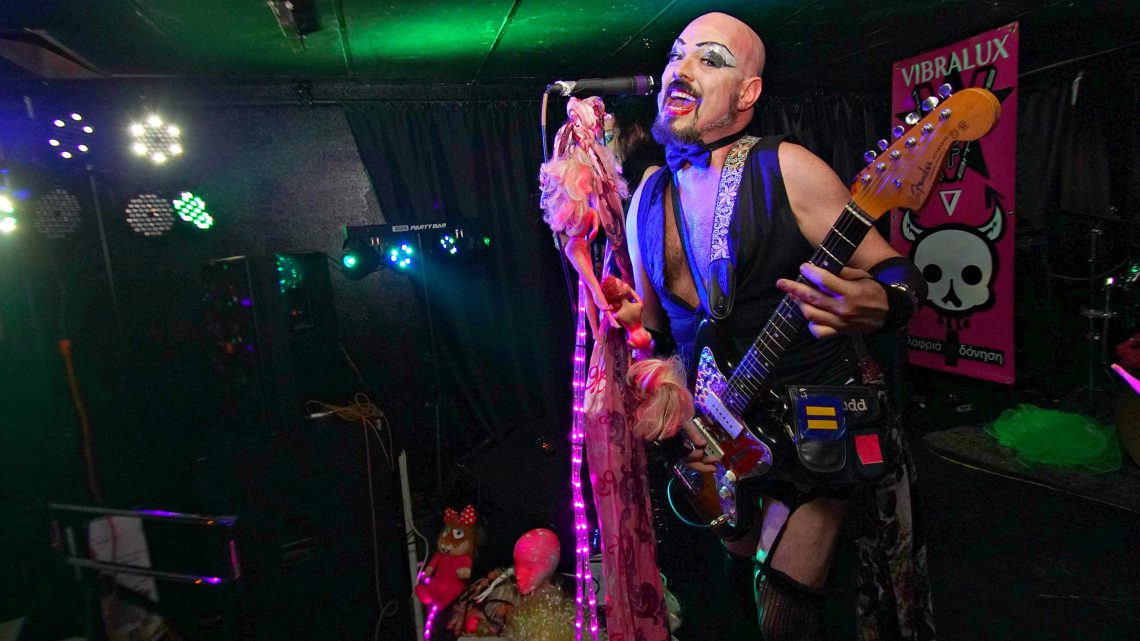 This band is on another level. When they played the Jackpot Friday night, we realized we’ve yet to see the same set from them twice. But all the songs in their set weave the same wild tale– something involving dolls, a tree stump, and a new religion we’re supposed to be introduced to. Honestly, it was kind of hard to follow along with, but there’s definitely a bananas storyline happening over the course of their tunes. If you feel like falling down that rabbit hole, the narrative is detailed on their website. Add in the dizzying visuals from their vivid stage show, as well as their sexually disorienting performers, and you’ve got a one-of-a-kind show you likely won’t find from any other local act.

They were joined by Brooklyn-based indie-pop outfit Shapes On Tape (featuring a former member of Vibralux from waaaaay back in the day) and The Black Wires (formerly Ultravivid but with a lineup change).