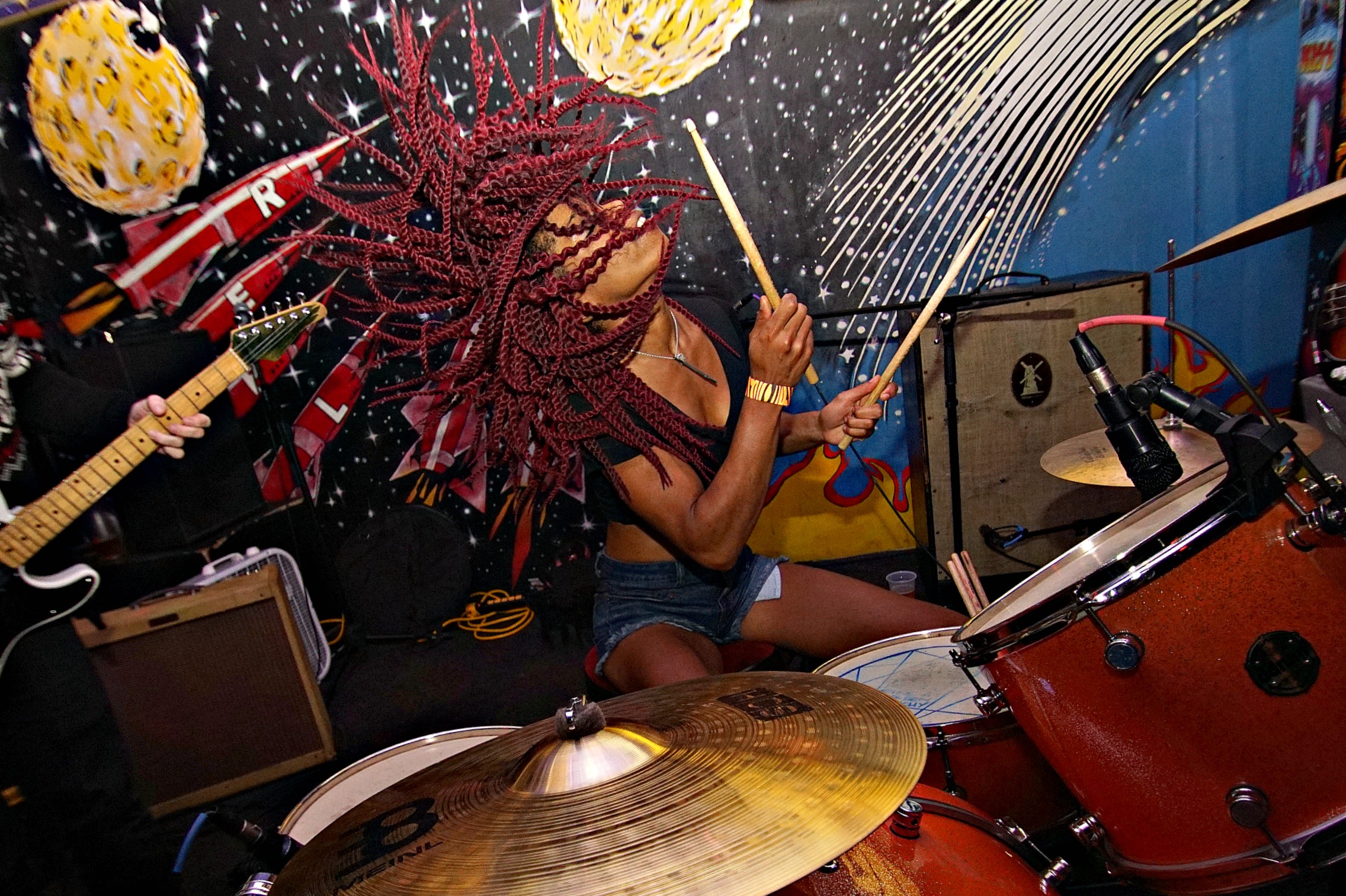 Tuesday nights have played host to some pretty outrageous shows at the Replay this Summer. This week, the normally-quiet weeknight saw three bands that destroyed your general notion of tempo and psych-rock.

The night began with Mystery Blood and ended with Arc Flash. Mystery Blood, out of Wichita, is what would likely happen when film noir and spaghetti western soundtracks collided in a moody minimalist meltdown. They were delightful and should make regular appearances in Lawrence for the remainder of the year, as they fit in well with many of the reigning psych-rock bands here.

But it was Chew that absolutely destroyed. We first saw the band play an in-store performance at Mills Record Company on a random night, and have been biting our nails waiting for a Lawrence show from the Atlanta trio. These folks were absolute maniacs. There was never a moment where they stood still. Between their spritely (and expressive) bassist and their outrageously captivating drummer, it was easy to bask in their fuzz-filled fun. They peppered in looped and distorted samples of anything ranging from dialogue to a radio jingle. Their jazzy and psychedelic noises were completely out there— a bit avant garde, if you will– as though the musical genius of Jonny Greenwood was split into three horcruxes that embodied each musician.

Chew is a band best served live, with a grandiose stage presence that knows no boundaries. Lyrics are for chumps in a band like this, and they kept the audience enthralled and cheering during every bit of their wild, instrumental ride. They were magnificent to the millionth degree and, without a doubt, one of the best and most alluring damn bands on the planet.