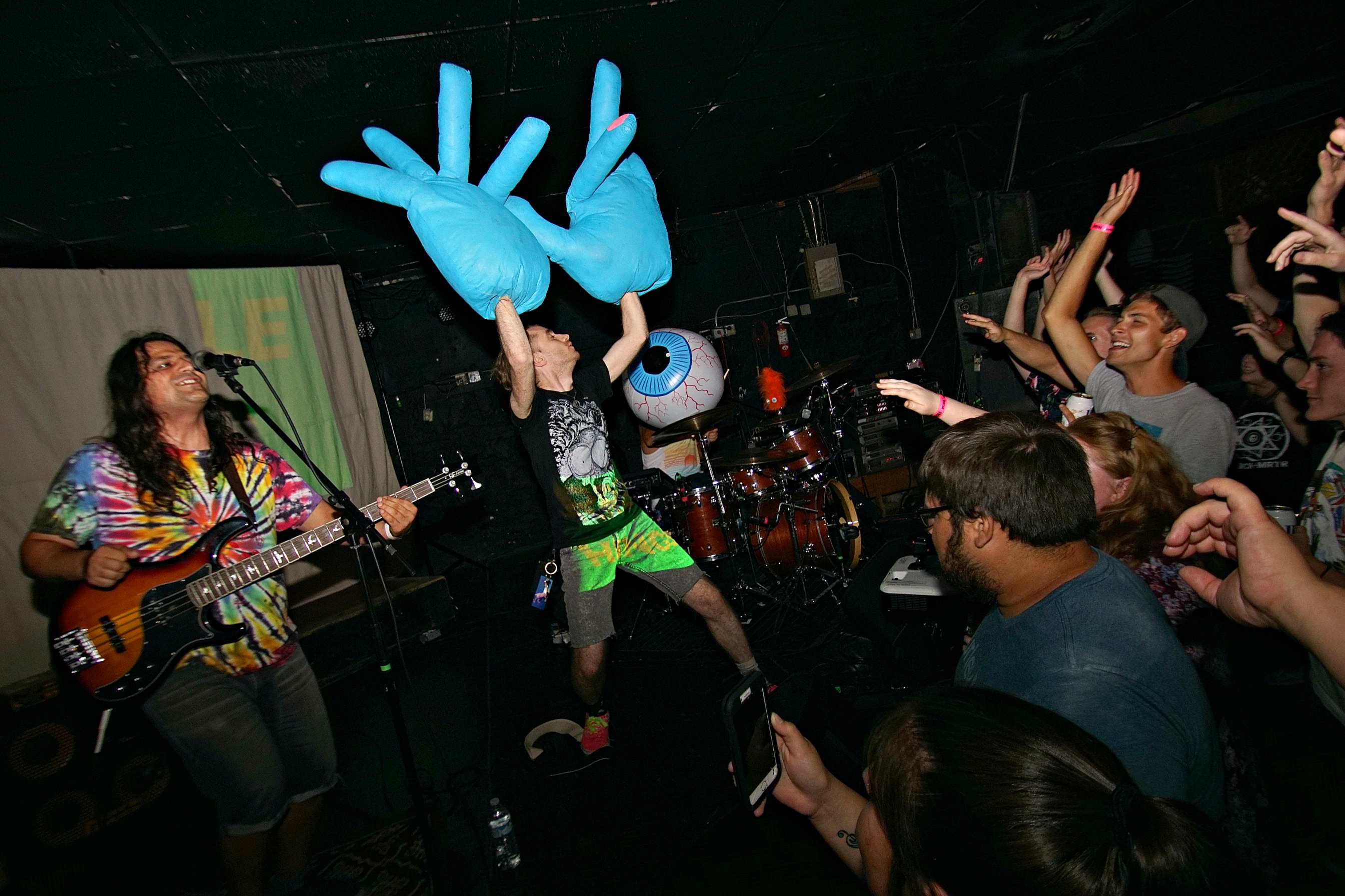 Thursday night’s show at the Bottleneck saw an intense level of energy that will be unmatched for quite a while. New Jersey’s Brick + Mortar came touting a wildly vivid live show, complete with intense bouts of positivity and costumed tom-foolery (possibly to counter some of their darker, tongue-in-cheek lyrics regarding mental illness and general societal ailments). This is a band that loves the theatrics, and boy did they come armed with some antics. The rockers left their audience consumed with power and pizzaz while they danced around flailing giant hands, dressed up as death, and appeared as something we can only describe as the pope of drugs (complete with a fellow dressed as a giant bottle of pills handing out “pills” to the audience). Their sketches and costumes went hand-in-hand with their new songs, as “One Little Pill” proves, due to their animated and profound auditory impact.

The tour brought Brooklyn’s Yoke Lore and Lawrence favorites Vivid Zebra. But it was Kansas City’s Run With It that paralleled the spirit and stamina of Brick + Mortar. The band indulged the audience in a high-intensity performance that included sing-alongs, a drumming get-down, and a small parade through the venue.

The Rambling Roses bring classic country crooning to the Replay