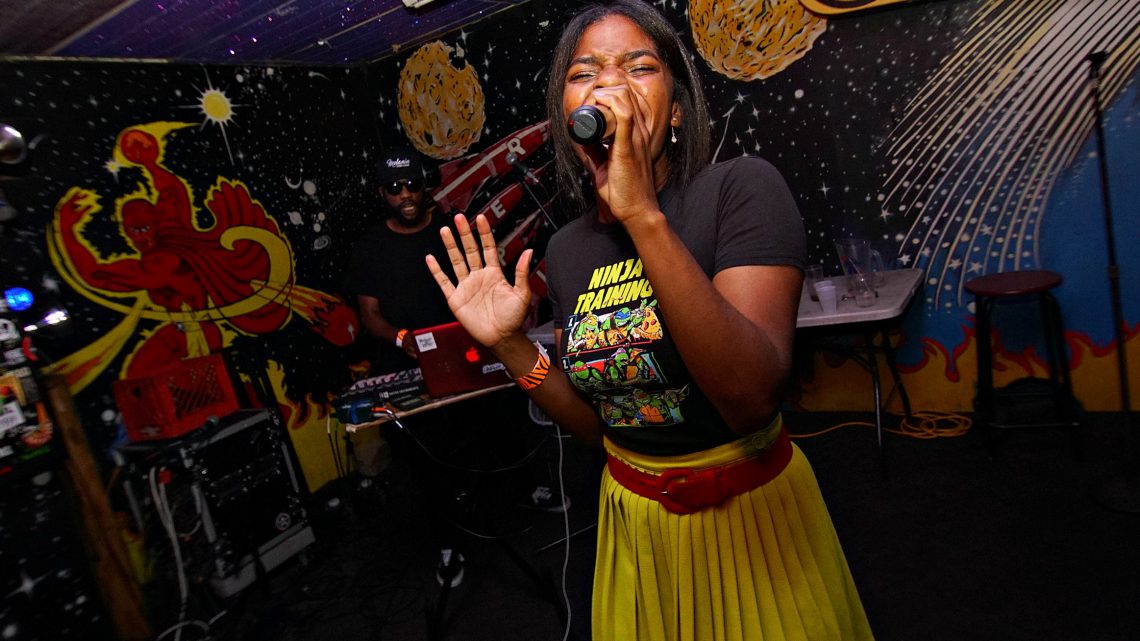 Black Girl Magic came to the Replay, and now we’re all under their spell.

We love seeing what it takes to get an audience worked up like the way they were on Thursday night. Kansas City’s Mae C, apparently, is one of those performers who can accomplish that task. The singer brought her perfect and versatile vocals to the stage and slathered it all over her R&B tracks. There’s a classy demeanor about her, but she can also provoke the masses. Her music is unapologetically feminine, supported by her completely flawless talent. It was her high notes, in particular, that just absolutely slay.

Her carefully crafted set progressed in both tempo and joy, prompting patrons to dance and cheer on her every move. This gal had the predominantly female audience wrapped around her finger– and there was so much squealing, you would have thought we were at a pop concert.

Here’s a song she ended on (until the audience demanded an encore) where the crowd was definitely FEELIN IT. We’ve never seen such a warm reception to a fairly new act (we’re told this was only her second time here).

If you thought the face behind her looked familiar, that’s because it’s none other than Duncan Burnett, who we’ve noticed for his positive and thoughtful music at previous shows. He was also backing Khrystal, another Kansas City artist who opened the show. Both Khrystal and Mae C kept touting and referencing Black Girl Magic, which overwhelmingly fired up their eager audience on this night (we’d highly recommend getting familiar with Khrystal’s track, “BaDu”).

Joining this powerhouse of vocal performers was Lawrence’s Raymond, of the Vivid Zebra troupe. With Raymond constantly being referred to as “the Justin Timberlake of Lawrence,” it’s safe to say that all three of these smooth and soulful singers left the Replay vibing hard.