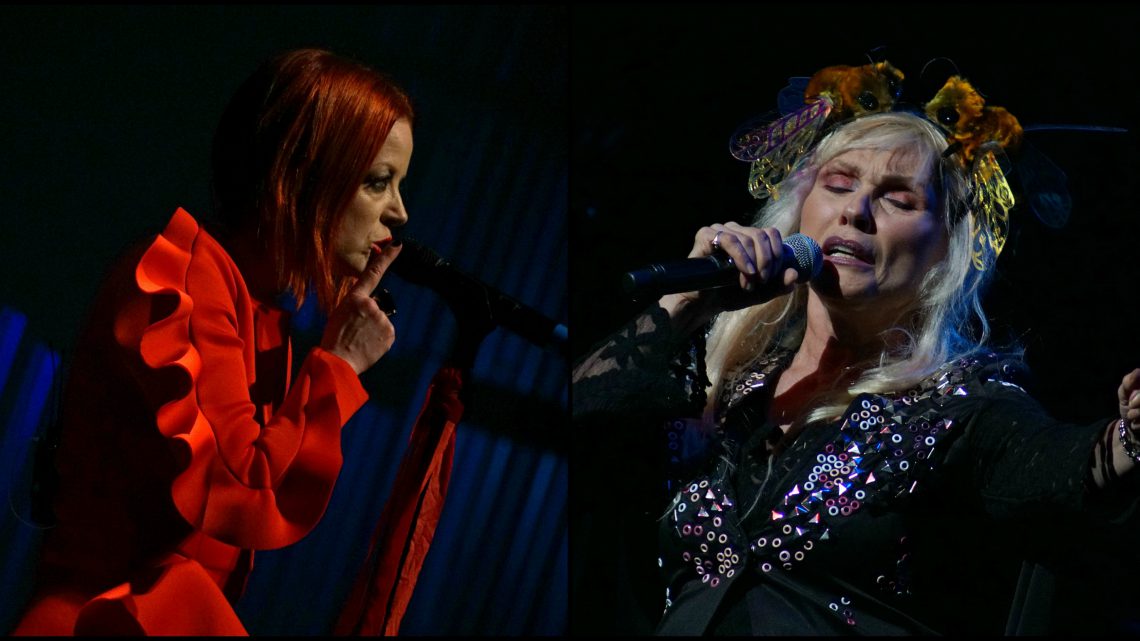 It wasn’t the regular type of venue where you’d see a rock show, but it did make the experience all the more special when the Kauffman Center invited three legendary bands to the stage Tuesday night. Blondie and Garbage stopped by Kansas City as part of their “Rage and Rapture” tour across the U.S. For this performance, they brought along X’s Exene Cervenka and John Doe, who performed as a duo with little more than an acoustic guitar and perfectly intertwining harmonies. 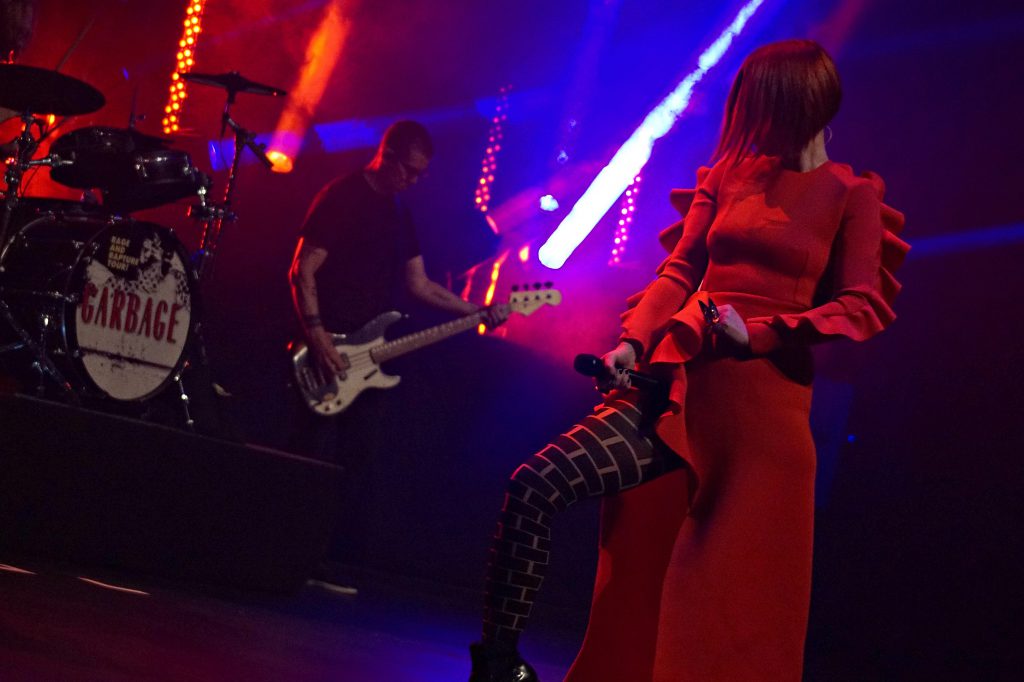 Garbage had just been out to Kansas City last year (read our review of that show here), but managed to put on an even more theatrical and vivid show this time around. Shirley Manson, in her bright red LIVNÉ statement dress, stomped around the stage in combat boots, spoke out in favor of queer rights, and got delightfully moody for many of the band’s signature songs. It was a 90’s girl’s dream. 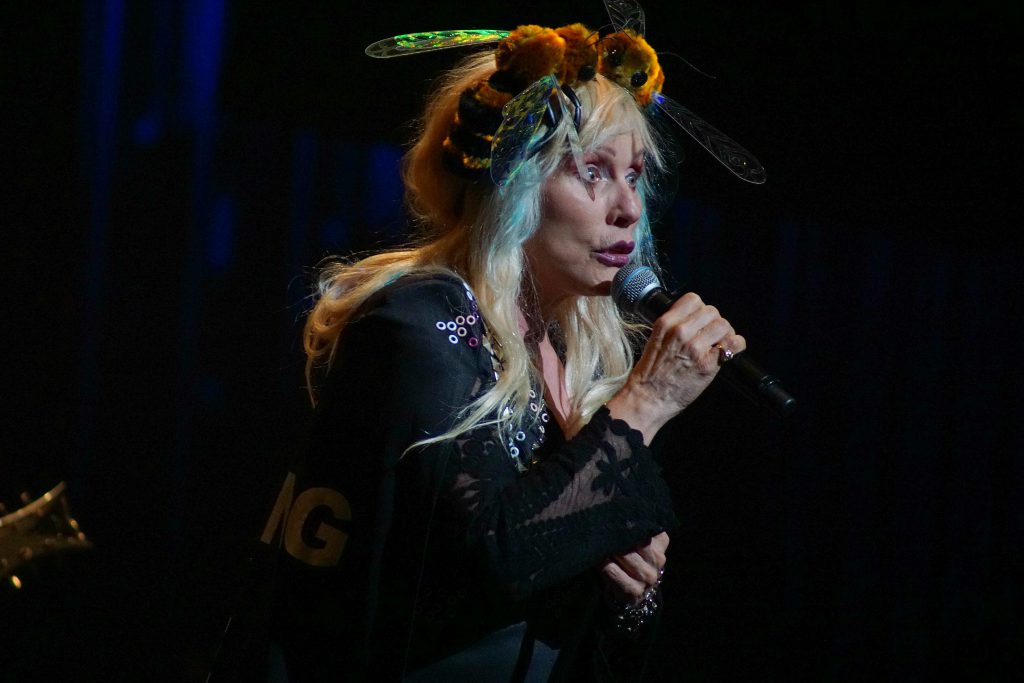 Both Garbage and Blondie were give just over an hour for their sets (openers normally run about 40-45 minutes), but the audience’s stamina and spirits were high by the time Blondie took the stage. Debbie Harry was a sight to behold. This woman does not give a damn what you think (and isn’t that the very definition of cool?). She wears the craziest shit onstage, with a nonchalant attitude to match. On this night, she donned see-through pants, and wore actual bees on her head (in support of their just-released album, Pollinator) for the first few songs. And did we mention the cape? The Queen Bee (heh) proudly paraded about in a cape with big silvery letters that read: “Stop Fucking The Planet.” By the time Blondie got to “Call Me,” she had ripped it off and slammed it on the ground.

The band featured a combination of original members, like guitarist Chris Stein and Clem Burke, with newer ones. Matt Katz-Bohen had a couple of sweet keytar moments while Tommy Kessler impressed with a wild and over-the-top guitar solo at the end of “Atomic.” But with the robust sound produced by the acoustics and top-notch system at the Kauffman Center, those 70+ minutes seemed to fly by. Harry seemed to only have more energy as the night went on, ending the set with skipping across the stage and indulging in a few wild hair flips during “Dreaming.” Her infectious onstage joy and energy was enough to put anyone to shame. Just remember, if Debbie Harry can wear bees on her head and dance around in a cape at 72, then nothing should be stopping you from whatever it is you want to do today.

Next post Black Girl Magic comes to the Replay with Mae C, Khrystal