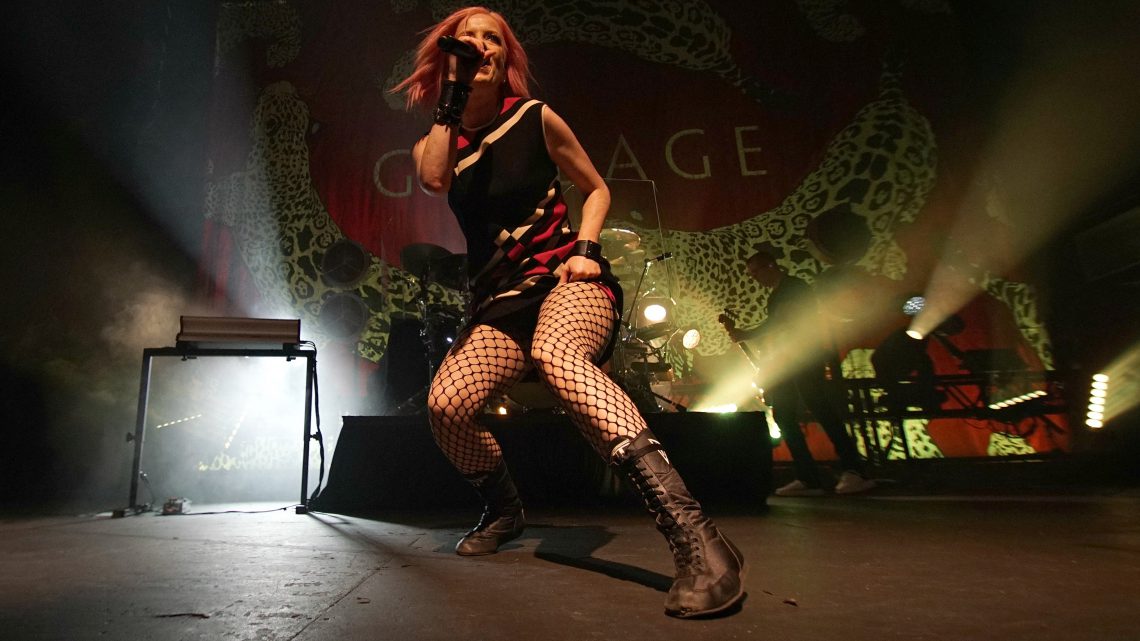 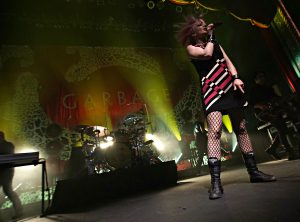 “We’re going to throw it back to 1999,” Garbage vocalist Shirley Manson said before jumping into a song on their nostalgic-filled setlist Sunday night. She couldn’t have spoken truer words.

The Kansas City stop on their tour was riddled with throwbacks thanks to the band that heralded a new era of alternative grunge. Generation X and some of Y were all grown up, but dusted off the old military boots (did they ever really put them away), freshened up the old manic panic dye jobs, and hit the Uptown for a night of wistful brooding. In front of thundering drums and guitarists that thrust their instruments into the air, vocalist Shirley Manson was an absolute ball of energy. She sprinted around the stage, triumphantly punching her arms upward and whipping that bright pink hair back and forth… all while belting out with a voice that sounded as crisp as it did 15 years ago. The only time she stopped moving was when she played guitar. 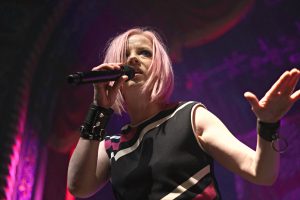 Garbage didn’t waste any time getting into old favorites like “Stupid Girl” and “Special.” The audience, however, came across as die-hard fans because it was the new tracks off their latest release, Strange Little Birds, that got them worked up and whipping the phones out. The new songs released independently on their own label are thrilling and consistent with the sound they branded in the 90’s.

A highlight of the evening came when Manson, who casually chatted in between most songs, gave a big nod to the LGBT community and solidified their stance as allies to the queer population. “You don’t have to do anything but tolerate it, and that’s all we’re asking,” she said before donning a rainbow feather boa and dancing around for a couple of songs.

Most of Manson’s words, along with Garbage’s lyrics, were a showing of love and support. The overall show felt like a glimmer of hope and sincerity in a thoughtless economy and political climate that Garbage’s longtime fans now have grudgingly grown into. With a band like this, one that stands so strongly by their beliefs, chances are most of their fans were on the same page and felt united (at least for the night). 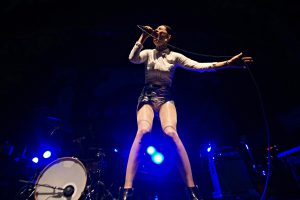 The band was joined on this show by Kristin Kontrol, the new project from Kristin Welchez (of Dum Dum Girls). She had a powerhouse of a voice with a phenomenal dance-party producing band to back it up. If there hadn’t been chairs and assigned seating in the venue, the audience would have surely gotten up to dance. Welchez sports a profound sense of showmanship, putting her whole body into movements that complimented her electro beats.

Next post How to rock Lawrence Field Day Fest, according to local musicians