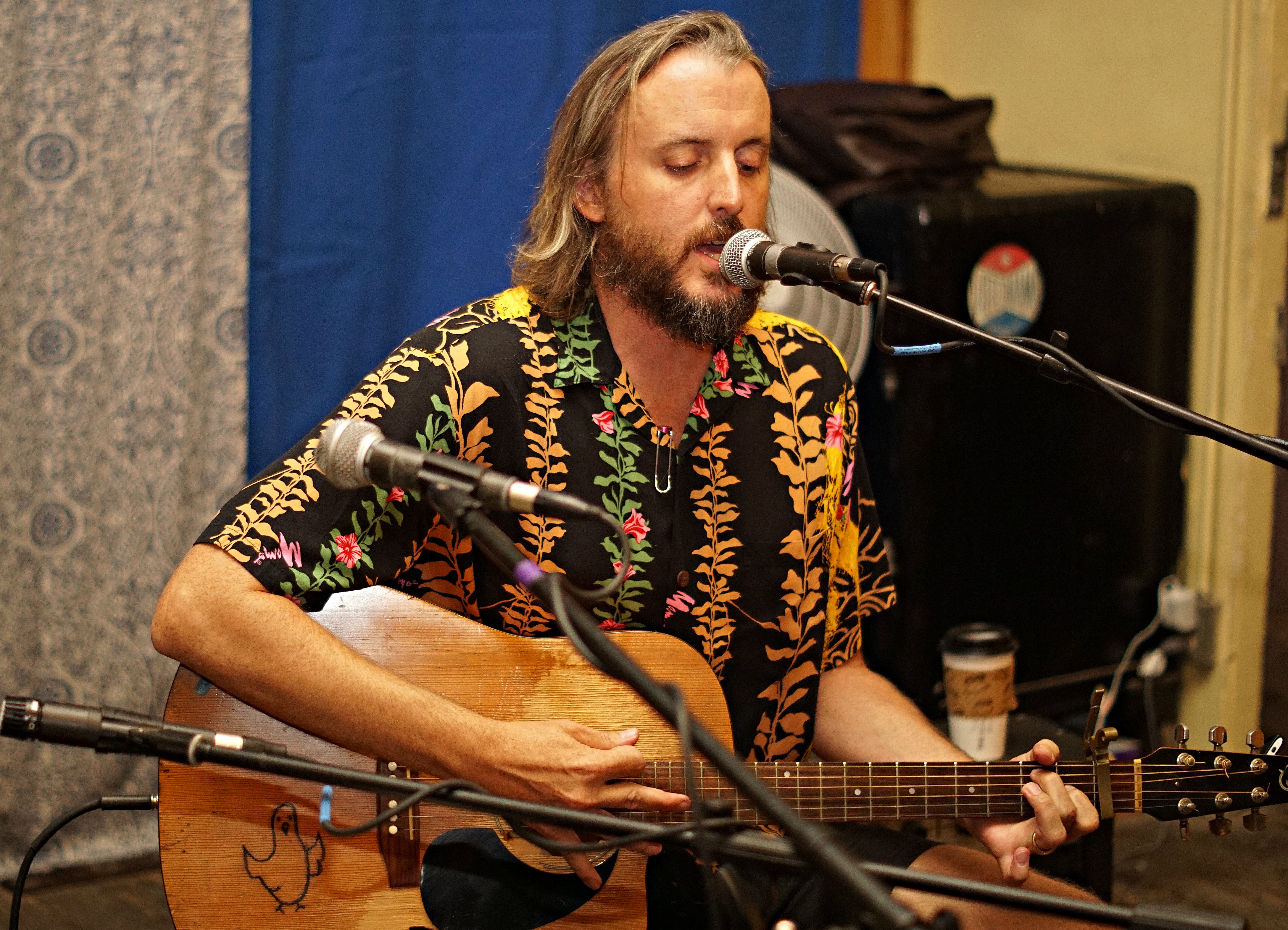 Less than a year after their emotional farewell show, a Drakkar Sauna reunion of sorts graced Lawrence.

Wallace Cochran, who moved to Hawaii after Drakkar Sauna’s final show, returned for a visit and a spontaneous show at Love Garden. The record store played host to a trio of solo artists, including The Appleseed Cast’s Chris Crisci and Cochran’s partner-in-music, Jeff Stolz.

Stolz has been a familiar face in the scene thanks to increasing solo appearances. His beautiful and breezy piano ballads have only been more likable with every set, and Thursday night’s show was no different.

Crisci’s set was a fascinating one to watch and listen to because the musician normally plays at an incredible volume through an array of pedals. Yet somehow, with this acoustic set, he seemed to play faster. It was an intimate study of his songs and the nature of the performer, who at one point was stomping his foot so forcefully with the songs, you could feel the ground shaking.

Naturally, Cochran arrived in a Hawaiian shirt and, as the flyer suggested, to “flaunt his weathered beach tan.” In between his folk tunes, he treated the audience to tales of dormant volcanoes and colorful characters he’s met since living in Maui.

Here are a couple of snippets from his solo performance.