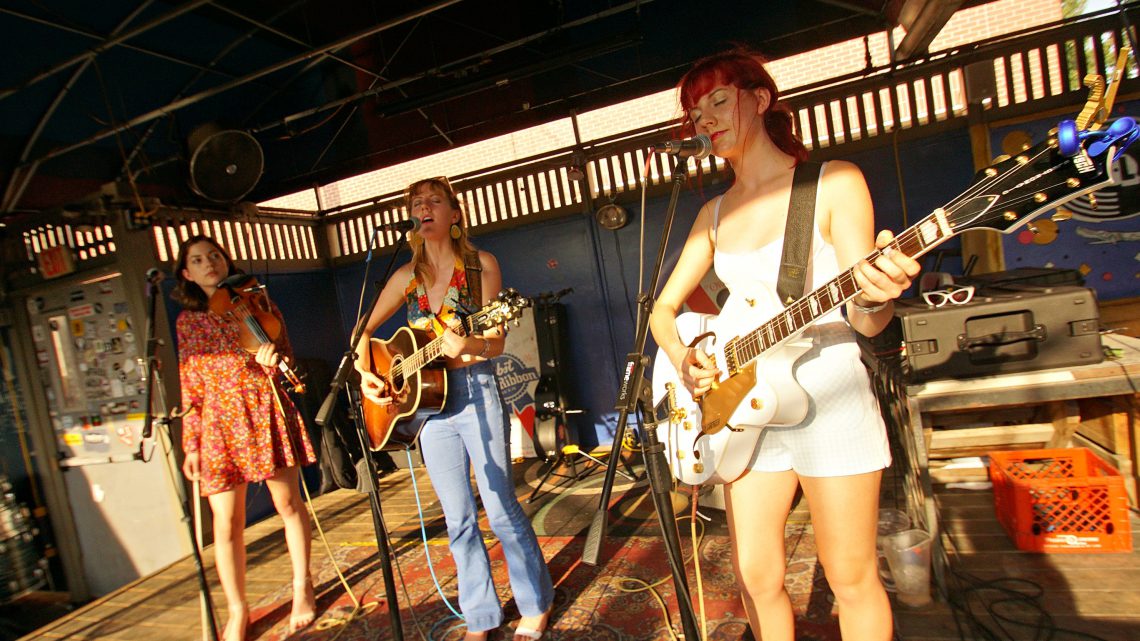 Doesn’t this heat make you just absolutely want to die. One can only stay indoors so much before going a little stir crazy. Lucky for those of us who just have to bust out of the house, the Replay hosted an early patio show with two bands that provided a great lazy Summer soundtrack.

We were thrilled to see Annie Oakley on the bill. We became familiar with the Oklahoma City-based trio after catching them at Folk Alliance two years in a row. Sunday’s Replay show was a stop on a mini tour throughout the region. The band, fronted by twin sisters Sophia and Grace Babb, sport crystal clear harmonies that are simply irresistible. Like sirens luring hazy Summer wanderers to the Replay, the crooners indulged with songs of love and chats about microeconomics. We were particularly fond of their chit chat and nods to single mothers (girl power!).

The Marshmallow Test, of Lawrence opened up the show. This is a great band to get familiar with, and they’ve been busy. The Replay show was their second outdoor set of the weekend (they played the Gaslight the day before). They remind us a little bit of Schwervon, a duo that also play off each other’s personalities. The Marshmallow Test is a little bit anti-folk, a little bit country, and completely laid back. Sporting a dry wit, they kept reading from a children’s book about trains between songs. We were impressed with their lyrics in Comanche, Creole, and Kurdish. But it’s their songs about abortions and Trump that’ll keep you engaged.

Next post Watch: Sheven release music video for “The Recipe”